President Donald Trump touted the “single largest decline” in drug prices in 46 years during his State of the Union speech Tuesday night.

“Already, as a result of my administration’s efforts, in 2018 drug prices experienced their single largest decline in 46 years,” Trump said according to STAT News. “But we must do more.”

The Bureau of Labor Statistics said in a January report:

“The decline is the first time in 46 years in the December-to-December time frame, but there have been other 12-month periods with index declines, mostly recently in 2013,” fact-checker Glenn Kessler wrote.

“It is unacceptable that Americans pay vastly more than people in other countries for the exact same drugs, often made in the exact same place,” Trump continued according to STAT News. “This is wrong, unfair, and together we can stop it. I am asking the Congress to pass legislation that finally takes on the problem of global freeloading and delivers fairness and price transparency for American patients — finally.” 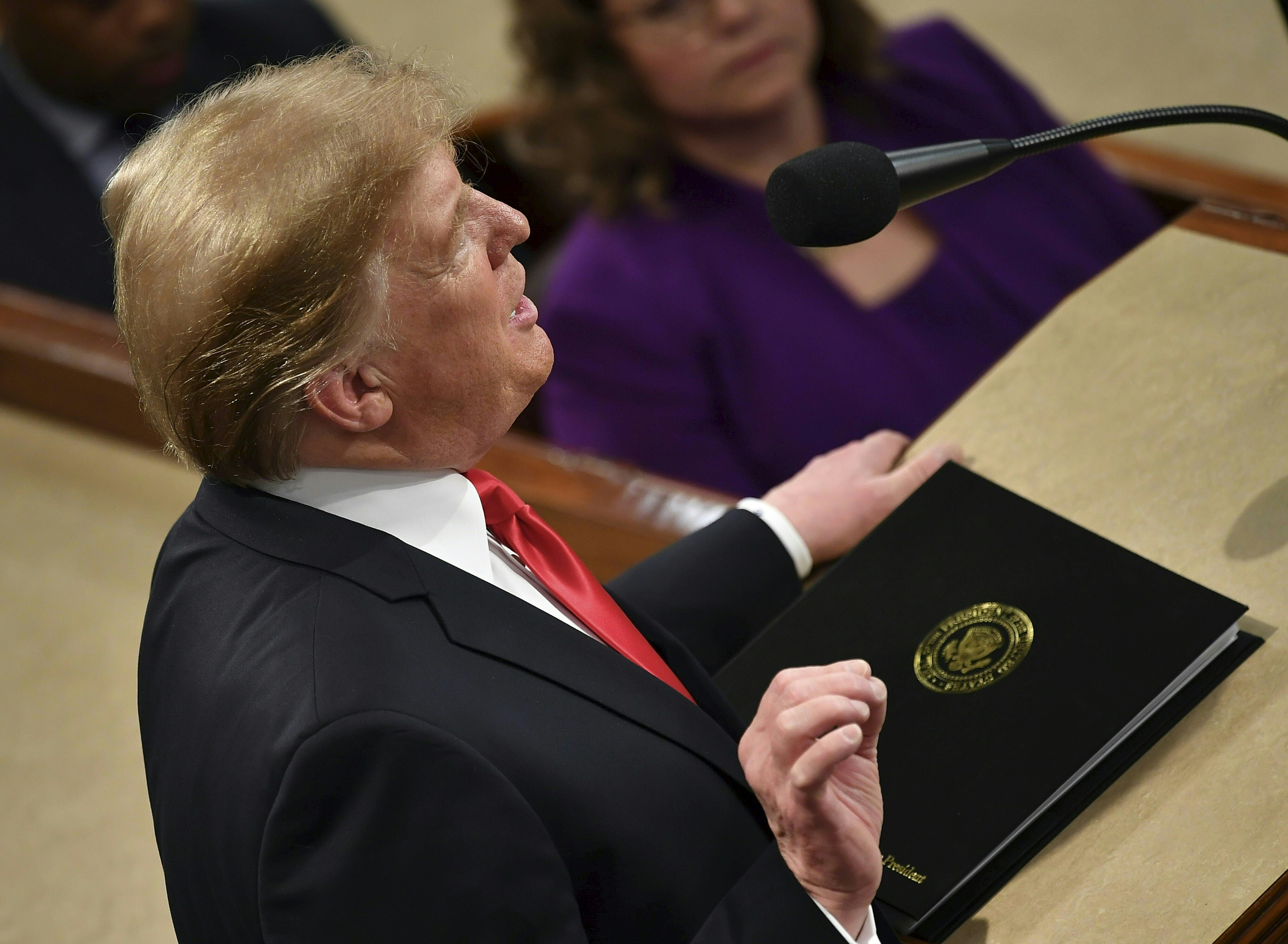 US President Donald Trump makes a point as he delivers the State of the Union address at the US Capitol in Washington, DC, on February 5, 2019. (MANDEL NGAN/AFP/Getty Images)

The Trump administration first floated an international pricing index that would base Medicare drug payments on cheaper foreign prices in October 2018.

While we share with the President’s concern with the issues surrounding the rise of prescription drug prices, the focus on prices found in foreign countries is misleading. These prices are achieved through coercive means and stifle innovation. America remains the leading engine for pharmaceutical investment and innovation and this cannot be sacrificed as part of healthcare reform. The President and Congress should focus their efforts on continuing to reduce regulations on pharmaceutical companies and encourage competition in a free American marketplace.

Trump also unveiled his administration’s plan “to defeat AIDS in America and beyond” during his State of the Union speech Tuesday.

The high cost of prescription drugs was an issue Trump brought up frequently in 2018.

Trump signed a law that ends insurance companies’ pharmacist gag clauses in an effort to lower drug prices in October 2018. Insurers and pharmacy benefit managers use the gag clauses to “forbid pharmacists from proactively telling consumers if their prescription would cost less if they paid for it out-of-pocket rather than using their insurance plan,” according to a press release from Republican Maine Sen. Susan Collins, the bill’s sponsor.

“During his campaign, [President Trump] said he was going to stop the pharmaceutical companies from ‘getting away with murder,'” Sanders said, according to the Washington Examiner. “Today, I say to President Trump: ‘If you are serious about lowering prescription drug costs in this country, support our legislation and get your Republican colleagues on board.'”