A German auction house will sell a watercolor painting by Adolf Hitler Saturday, and it comes with a high starting price: about $51,000.

Auktionshaus Weidler in Nuremberg is selling more than 30 pieces “signed or monogrammed” by Hitler that date back as far as 1907, reported The Washington Post Wednesday. The painting with the $51,000 starting price depicts a lakeside village in shades of blue and green. By comparison, a Saudi Arabian prince paid a record-breaking $450.3 million for Leonardo da Vinci’s painting of Jesus Christ in 2017.

The paintings are a reminder that the infamous dictator once spent his days painting quaint postcards in Vienna, Austria, between 1908 and 1913. Not all pieces with Hitler’s signature turn out to be authentic; for example, Berlin police seized three fake Hitler paintings in late January, reported The Independent.

However, museums and wealthy buyers from all over the world are eager to get their hands on pieces of history, reported WaPo. (RELATED: US Congressman Repeatedly Compares Trump To Hitler)

Some wonder if buying and displaying Hitler’s art is right, or even legal. Germany allows the sale of art by Hitler as long as they don’t feature banned symbols like the swastika (although art overall is largely exempted from the ban).

The pieces that will be up for auction in Nuremberg include a study of a monastery and a nude drawing that some scholars say point to Hitler’s alleged affair with his half-niece, Geli Raubal, who lived with him in Munich around 1930. Raubal would go on to kill herself in his apartment a few years later, reported Fox News. 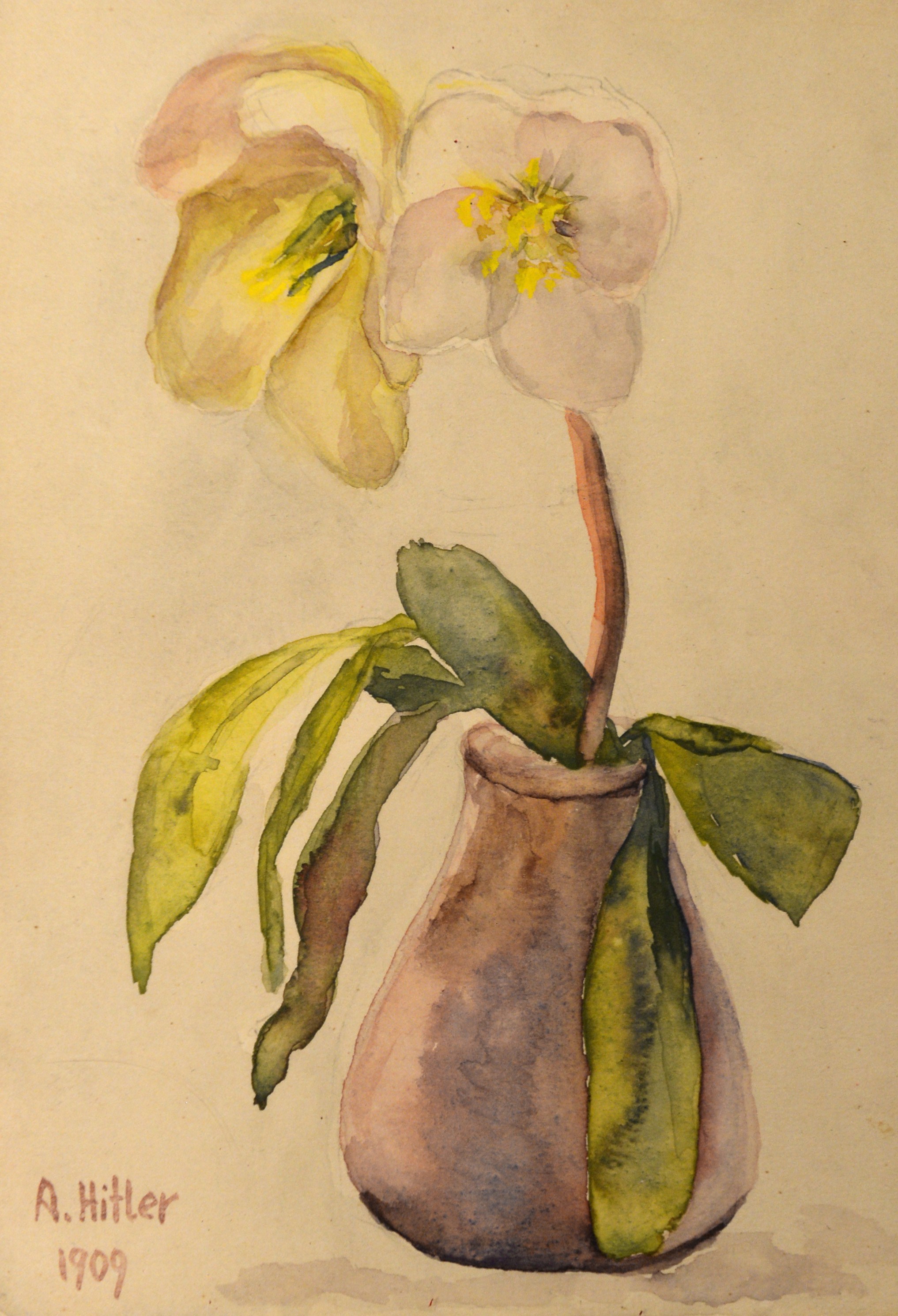 A reproduction shows the painting “Blumenstillleben”, a watercolour signed A Hitler on June 11, 2015 in the Weidler auction house in Nuremberg, southern Germany. (CHRISTOF STACHE/AFP/Getty Images)

Pieces like the drawing of Raubal could end up with buyers from China, the United Arab Emirates, Brazil or Europe, according to WaPo. The Nuremberg auction house is a “leading purveyor” of Hitler’s art and sold 14 pieces by him for $450,000 in 2015.

But the continuing sale of Hitler’s art has continued to offer opportunity for debate. Musician Erykah Badu raised some eyebrows in a January 2018 interview with Vulture after she seemingly expressed empathy for Adolf Hitler because of his artwork.