“Our planet is in peril, and we need to be bold,” Booker said at a Friday campaign event in Iowa. There are a lot of people who are critical of the deal. Critics claim “it’s too impractical, and it’s too expensive.”

“And when the planet has been in peril in the past, who came forward to save Earth … from the scourge of Nazis and totalitarian regimes?” Booker asked rhetorically. “We came forward.” (RELATED: Does Ocasio-Cortez’s Green New Deal Outlaw Every Building In The Country)

“We came forward with the Marshal Plan,” he added, referring to a U.S. program concocted during the 1940s to rebuild parts of German and other European countries bombed out during World War II.

The GND, which was introduced Thursday by Rep. Alexandria Ocasio-Cortez, calls for a “10-year national mobilizations” toward a series of goals aimed at fighting global warming. A separate fact sheet published online claims the plan would “mobilize every aspect of American society on a scale not seen since World War 2.” 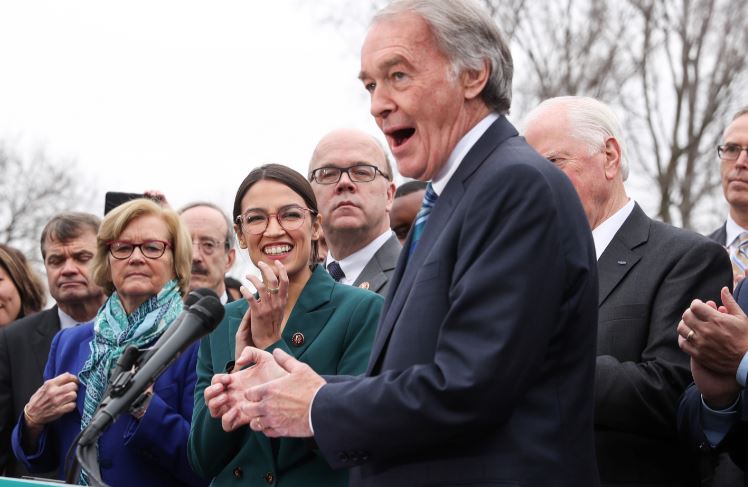 Ocasio-Cortez’s original concept received support from Booker and other potential presidential candidates. The updated version, however, which was rolled out Thursday morning, got only tepid support from Speaker of the House Nancy Pelosi, who called the idea a “green dream” Wednesday.