A judge ruled Tuesday that the man charged with stabbing a female runner to death in Washington, D.C., is temporarily incompetent and delayed further court proceedings.

Tuesday’s decision comes after authorities performed a mental health test on Crawford and deemed he was not competent, according to a U.S. Attorney’s Office spokesman, WTOP reported.

The ruling follows a Sept. 18, 2018, incident in which Anthony Crawford, 23, allegedly stabbed runner Wendy Martinez, 35, in the head and neck while she was in the city’s Logan Circle neighborhood.

Martinez, a Georgetown University graduate who had recently gotten engaged, died after signaling for help. People at the scene reportedly tried reviving her, but she was pronounced dead at the hospital.

“It is more likely a random act than anything else, but we’re going to look at all possibilities,” D.C. Police Chief Peter Newsham said after the stabbing.

Logan Circle is usually a “very safe neighborhood,” Newsham also said, according to The Daily Beast. 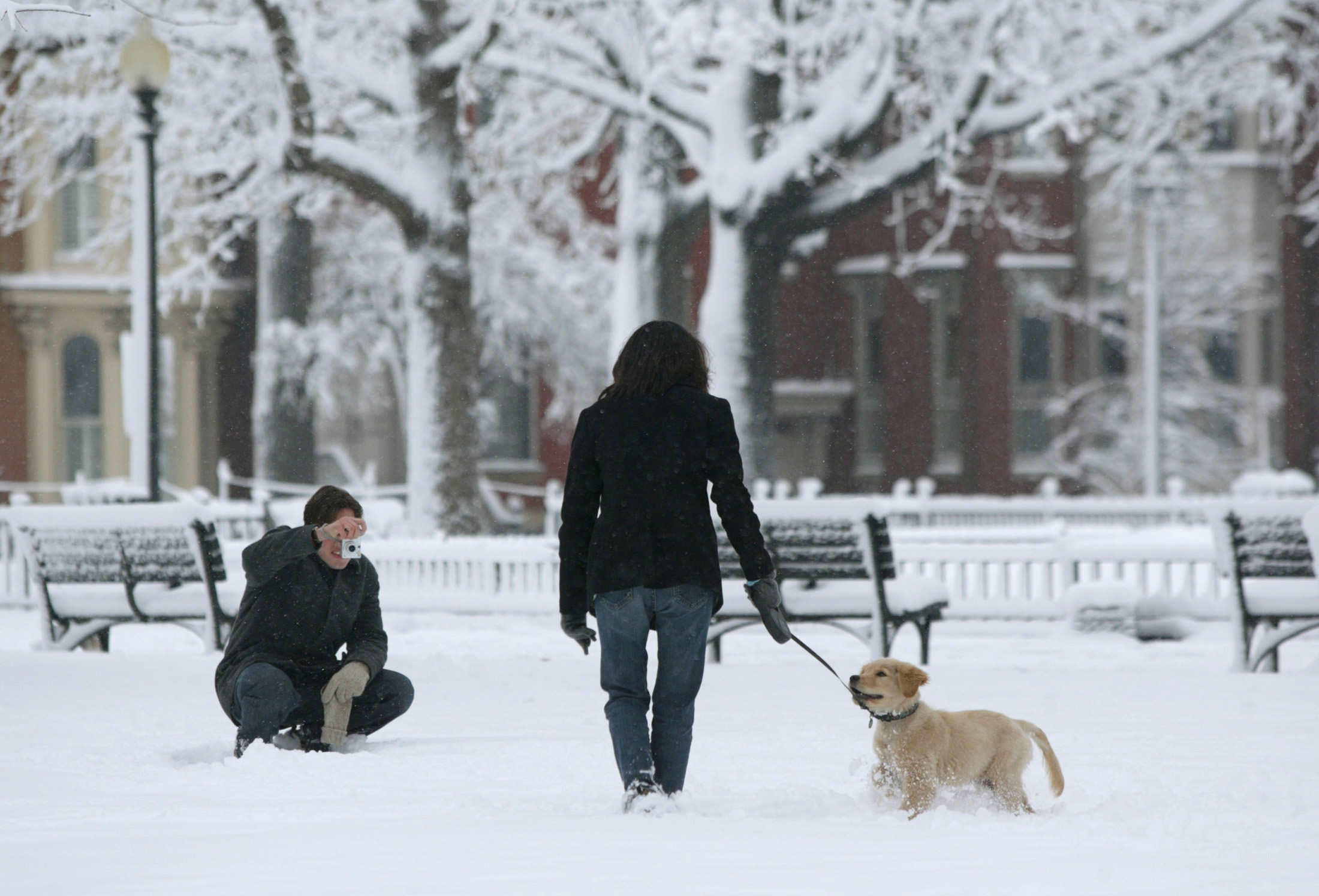 A couple romps in the snow with their puppy in Logan Circle in Washington, February 12, 2006. REUTERS/Gary Cameron

Crawford has a history of mental illness and should be placed in a psychiatric hospital, according to testimony from his public defender, WTOP reported. A relative of Crawford’s also shared with law enforcement that he is bipolar and schizophrenic, and had stopped taking his medication at the time he attacked Martinez, according to WTOP. (RELATED: Student Allegedly Stabs And Hurts Classmate With Scissors At Michigan Middle School)

“We are deeply saddened by this senseless tragedy. Wendy Karina Martinez was the light of our lives. Not only was she an avid runner, but she was a devout Christian, a wonderful friend, and a driven professional,” Martinez’s family said in a statement after her passing, according to CBS News.

His next hearing is tentatively set for March 8, according to Department of Behavioral Health spokesman Bill Miller.

The Department of Behavioral Health has recommended Crawford go through a full evaluation of his competency at the D.C. jail where he’s being held.