U.S. Secretary of State Mike Pompeo stated that peace in the Middle East cannot exist without “confronting Iran,” in a U.S.-led conference in Warsaw, Poland on Thursday.

“You can’t achieve peace and stability in the Middle East without confronting Iran. It’s just not possible,” said Pompeo.

With more than 60 countries present in Poland, the secretary of state opened the two-day summit with a statement that called for a “new era of cooperation between all of our countries” on the issues concerning Iran and the Middle East. (RELATED: Trump Calls Out Iranian Regime For Producing ‘40 Years Of Failure’ On Revolution’s Anniversary)

“None of the region’s challenges will solve themselves. We must work together for security,” said Pompeo. “No country can afford to remain on the sidelines.”

With the message of action in mind, the Trump administration and Vice President Mike Pence were quick to accuse the European nations of Germany, France and Britain of trying to “break” U.S. sanctions against Iran.

“Sadly, some of our leading European partners have not been nearly as cooperative,” Pence said. “In fact, they have led the effort to create mechanisms to break up our sanctions.”

After President Donald Trump’s decision to withdraw from the Iranian nuclear agreement in May, the U.S. imposed the “toughest” sanctions on the Iranian regime ever, according to the Treasury Department’s analysis. However, Germany, France and Britain created a new financial mechanism last month that supports the nuclear agreement by avoiding U.S. sanctions on Iran. (RELATED: Obama Is Not Happy About Trump’s Iran Deal Pullout) 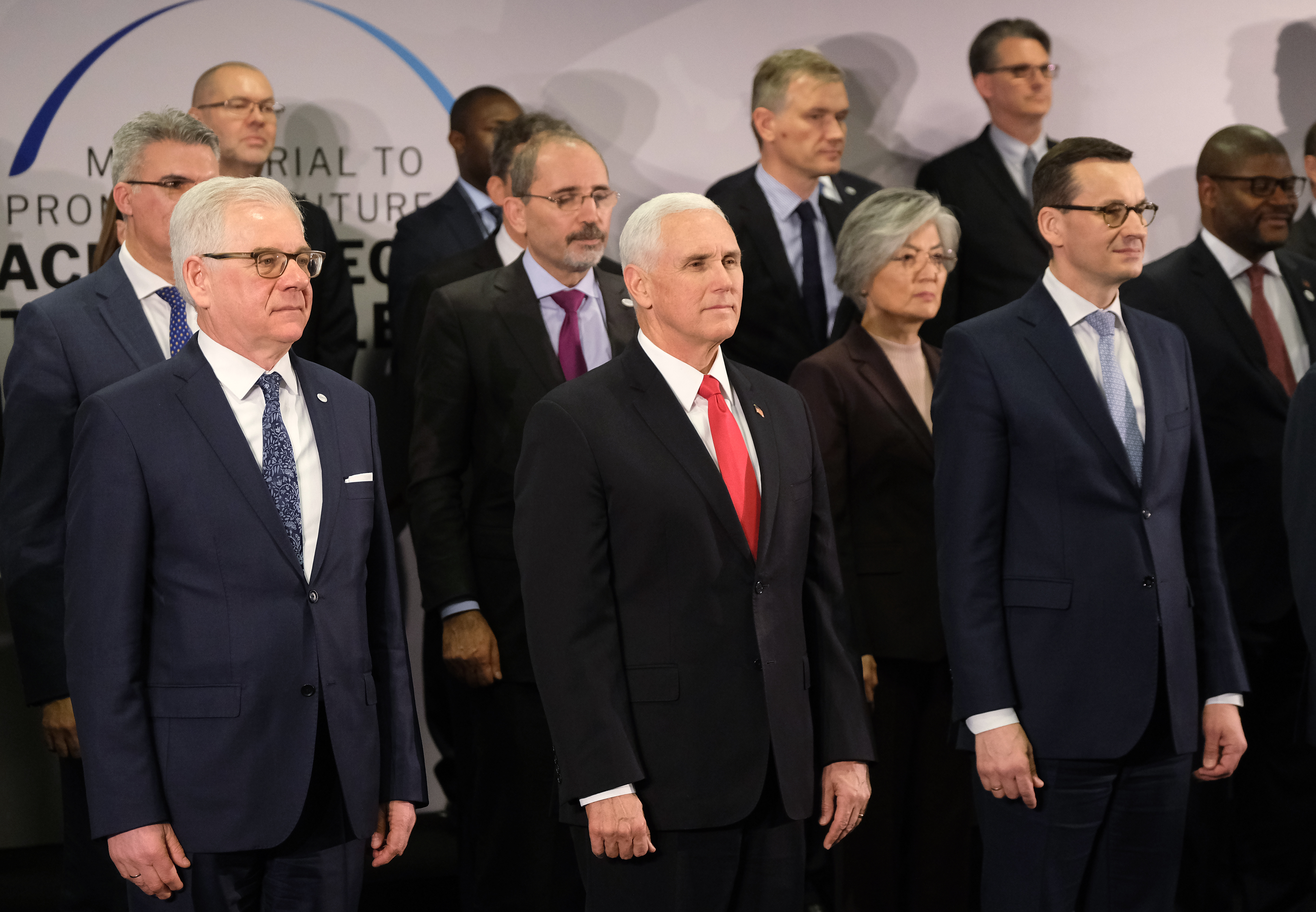 While many countries followed Trump’s lead in leaving the deal, Pence urged the remaining countries to do the same.

“The time has come for our European partners to withdraw from the Iran nuclear deal and join with us as we bring the economic and diplomatic pressure necessary to give the Iranian people, the region and the world the peace security and freedom they deserve,” he said.

Calling for the conference to be boycotted, Russia, China and the Palestinians were not in attendance.