Leading policy and security experts recently called for greater enforcement of the Foreign Agents Registration Act (FARA) as well as other measures to enhance transparency on foreign funding to counteract the wide-ranging “influence war” waged by Qatar against U.S. citizens and others around the world.

“Qatar: U.S. Ally or Global Menace?” — a conference on the Gulf state’s “malign influence” that was hosted by Middle East Forum think tank in Washington, D.C. on Feb. 6 — addressed the revelations in recent months of unprecedented Qatari lobbying, cyber espionage, and disinformation efforts on American soil, including a historically large government-led hacking operation that reportedly affected more than 1,500 people in 20 countries.

“Money talks. It’s part of Qatar’s way of hedging and influencing everyone, their soft power,” said counter-terrorism expert Ronald Sandee, a former senior analyst for the Dutch Military Intelligence and himself an alleged victim of Qatari hacking. “Qatar has no real power, so they need soft power. How do you get soft power? You invest, you bribe, you work with people.”

“They go after everyone who is opposition, everyone who is with them – Muslim Brotherhood operators as well – and they are following a bunch of Arab soccer players,” Sandee said. (RELATED: Qatar Allegedly Hacks Eight Egyptian Soccer Players) 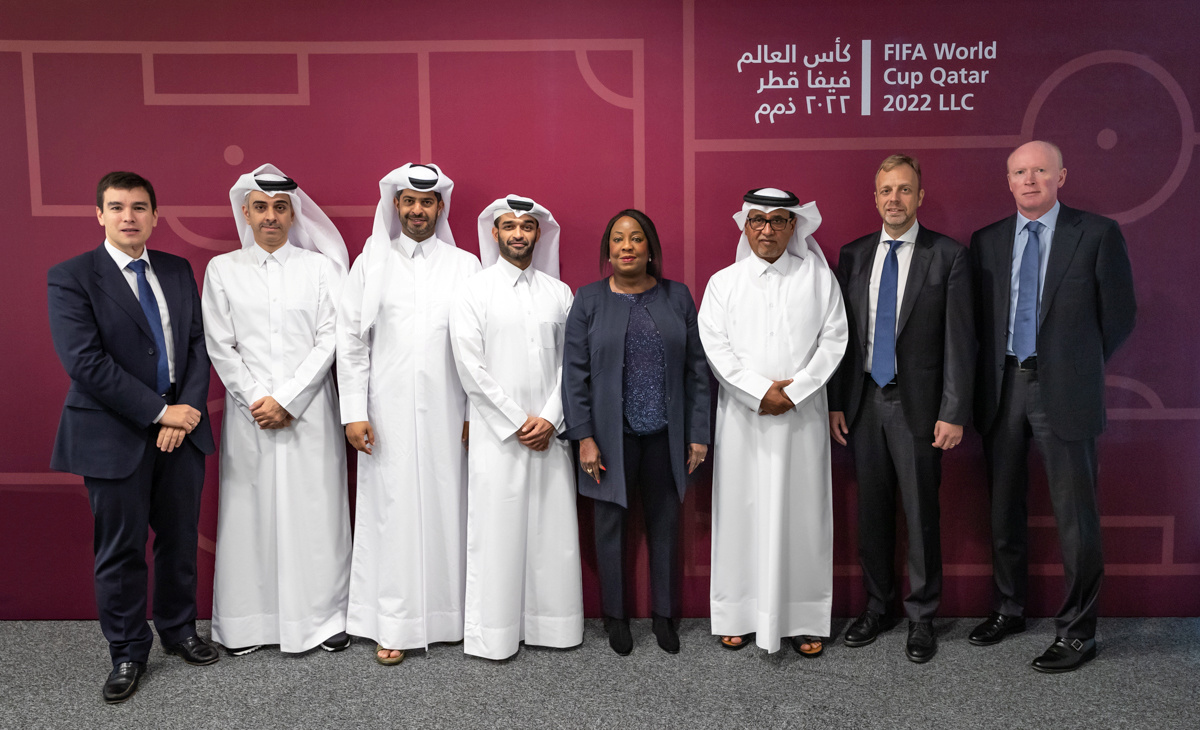 Sandee was joined on a panel discussion dubbed “Qatar’s New Influence War” by Oren Litwin, head of the Middle East Forum’s Islamist Money in Politics Project, and Jim Hanson, president of the Security Studies Group and a veteran of the U.S. Army Special Forces.

“When you look at who our allies are, it’s not a question of ‘historically, have we been friends?’ or ‘do we have military ties?’ but rather ‘do we put those things ahead of the undermining of U.S. strategic interests around the world?’ There are plenty of other flat places in the Middle East where we could land planes,” said Hanson, in a reference to Qatar’s Al-Udeid Air Base, which hosts the forward headquarters of the U.S. military’s Central Command and 10,000 American troops. Secretary of State Mike Pompeo last month signed off on the expansion of the air base. The air base’s lease is set to expire in 2023.

It has been reported that the House Foreign Affairs Committee is looking at Abu Dhabi, Jordan, Iraqi Kurdistan or Bahrain to serve as the base’s new location should the United States decide to relocate it once the lease is up. (RELATED: Elite Universities Hide Information On Funding From Ultraconservative Qatar)

Litwin called for stronger enforcement of FARA specifically in regard to activities of Qatar Foundation International (QFI), which he said has “crossed the line from teacher training to teacher influence.” According to Middle East Forum research, QFI directly funds Arabic classrooms nationwide to the tune of tens of millions of dollars in grants, including to cash-strapped language programs in poorer school districts like in Tucson, Arizona, while simultaneously infusing those schools with Qatari propaganda that downplays Qatar’s systematic support for the Muslim Brotherhood and its funding of terror operations.

“Qatar has become the single highest funder of American University,” Litwin said. “And they’ve done that mostly to fund the satellite campuses in Doha, but it involves reciprocal influence.” He said Qatar also funds Georgetown University and Texas A&M with over $1 billion in finance since 2010. Their goal, he suggested “is influencing the United States and positioning Qatar for the Arab world as their patron.”

“It’s very important to stop funding religious institutions from abroad,” Sandee said. “We see right now that Qatar and Turkey are so actively [taking advantage of the current environment] to fund and build new mosques focused on the Muslim Brotherhood…and trying to take over Muslim communities in multiple countries.”

Middle East Forum’s COO Gregg Roman, who moderated the panel, urged “greater transparency in all foreign funding,” including for 501(c)(3) and 501(c)(4) groups, trade promotion organizations, and “anyone who’s in the realm of trying to affect American public opinion.”

Indeed, influencing public opinion has become one of Qatar’s foreign policy hallmarks in recent years. Doha’s broad PR and lobbying campaign in the United States has sought an image makeover for Gulf state ultimately, a softened stance from the Trump administration on Doha’s funding of Islamic terrorist groups such as Hamas, the Muslim Brotherhood and Al-Qaeda.

The panel covered how slain Saudi journalist Jamal Khashoggi was a foreign agent paid by Qatar to publish anti-Saudi propaganda for The Washington Post, with that newspaper itself acknowledging how “text messages between Khashoggi and an executive at Qatar Foundation International show that the executive, Maggie Mitchell Salem, at times shaped the columns he submitted to The Washington Post, proposing topics, drafting material and prodding him to take a harder line against the Saudi government.”

“We should not be comfortable with the idea that a foreign country placed an information operator at a major U.S. paper and fed him information, corrected his stuff, and then The Washington Post ran it with not a disclaimer in sight — and everybody ate it up like it was the truth. Well sorry, that’s how democracy dies,” Hanson said.

Hanson also noted the campaign led by Stonington Strategies’ Nick Muzin, a former senior staffer for Republican Texas Sen. Ted Cruz, to bring politically conservative Jewish community leaders and other high-profile supporters of Israel on trips to Qatar, what many observers considered a previously unfathomable notion given the Qatari government’s funding of terrorist adversaries of Israel. 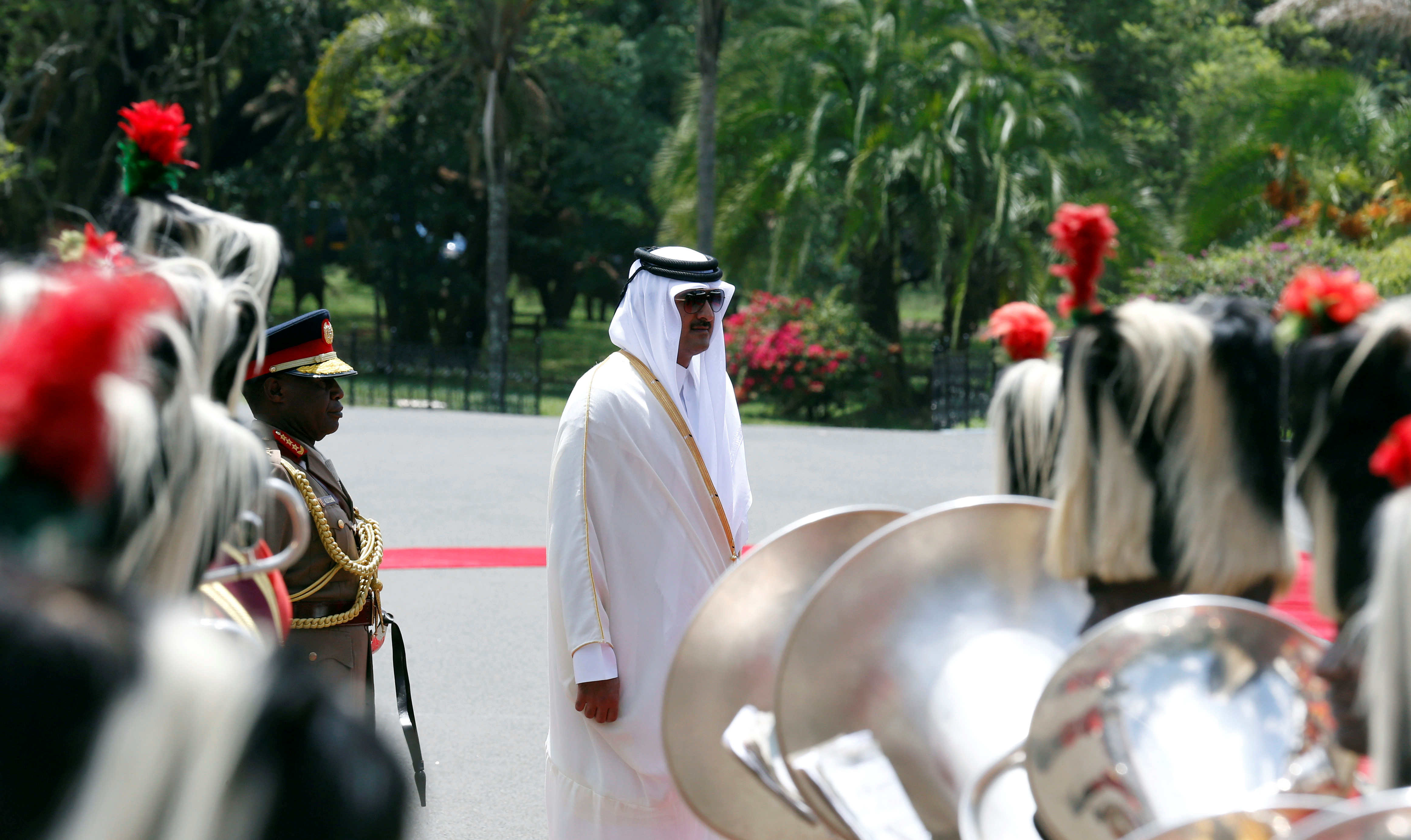 “They were smart about who they targeted. They decided that what they need is air cover from another side…Jewish leaders who say Qatar isn’t bad,” said Hanson, adding that “it’s horrifying to think first of all [the Qataris are] that good at it, and second of all that these [Jewish] leaders would fall for it.”

Meanwhile, Qatar’s hacking operation marks the latest chapter in Doha’s long history of alleged illegal online behavior. The Qataris have allegedly deployed phishing attacks to target journalists and activists around the world who were working to reveal human rights abuses and labor abuses in Qatar, particularly the government’s use of forced labor to construct the 2022 FIFA World Cup sports arena; have been named in the effort to create a fake NGO, Voiceless Victims, in order to steal information and spy on human rights activists; and have reportedly obtained and distributed to the media personal emails belonging to Yousef al-Otaiba, the United Arab Emirates ambassador to the United States. At the same time, Qatar’s successful long-shot bid to host the World Cup has been the source of ongoing controversy over allegations of bribery and graft.

In 2013, as part of their broader effort to woo American think tanks, the Qataris signed a $14.8 million agreement to fund the Brookings Institution.

“Obviously money talks,” Hansen said. “We’ve learned that Brookings is a wholly-owned subsidiary of the Qatar Foundation or the Qatari government.” He added, “Yet media are still using Brookings as an independent, authoritative source on stories where they are paid to have an opinion that’s favorable to the Qataris.”

Litwin noted Qatar’s attempt to present its funding of Hamas, which rules the Gaza Strip, as “a philanthropic relationship” with the Palestinian people when the Qataris’ actual goal is to “maintain their relationship with Hamas and their status as a power broker in the region.” With improved transparency on foreign funding, “the better picture we would have of who’s doing what to whom and how that affects us,” Litwin explained.

“If the U.S. government would better audit lobbying firms and law firms on this issue, they would be more careful and more willing to announce that they’re working with foreign countries,” echoed Sandee.

Qatar, said Hanson, is “very cagey about trying to oppose efforts from the rest of the Gulf states about trying to create a modernized, non-Islamist society. I think that’s horribly damaging. That’s an area where their charm offensive needs to backfire, because they’re trying to progress backwards in a region that’s trying to move forward.”