Qatar was responsible for stealing the private email communications of eight Egyptian soccer players and other prominent Egyptians who were targeted as part of an extensive hacking scheme that affected over 1,200 international figures of influence, according to documents obtained by Canadian journalist Mohamed Fahmy.

This is the latest soccer-related controversy to embroil the Gulf emirate ahead of its hosting the 2022 World Cup, which has been mired in scandal and allegations of bribery and fraud.

Over the past two years, Qatar has also been on the receiving end of criticism from its Arabian Gulf neighbors for the harboring and funding of Islamist groups including the U.S.-designated terrorist group, Hamas. (RELATED: Journalist Details Qatari Hacking And Intimidation Of Critics)

In an exclusive interview with The Daily Caller, Fahmy, an Egyptian-born award-winning author, revealed the names of the hacked soccer players during a recent press conference in Cairo, including players for Egypt’s national team as well as three other regional clubs.

Fahmy told the Caller that he will be creating several documentary films, one of which will focus on the hacking of Egyptian soccer players’ and political figures’ email accounts. He mentioned that it was a “surprise” for him to see the names of the eight Egyptian soccer players among many politicians, academics, ambassadors and heads of state.

Other experts, however, believe the hack of prominent football players is in line with both Qatar’s ambitions in both athletics and geopolitics.

“The billions Qatar spent on their World Cup bid — and the shady stuff they seemed willing to do to secure it — indicates how seriously the tiny Gulf nation takes soccer as an instrument of projecting influence,” David Reaboi of the Security Studies Group told the Caller.

“There would be many reasons for the Qataris to hack the communications of prominent people,” he said. “It ranges from wanting to silence critics to, in this case, as part of an effort to either sabotage or lure Egyptian players onto its national soccer team.” 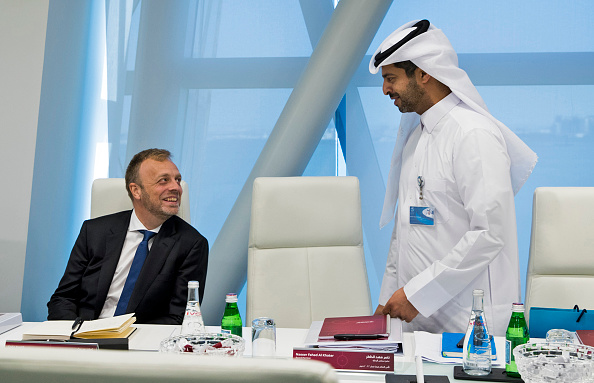 Fahmy told the Caller that Qatar’s hacking scheme was far more extensive than simply targeting prominent Egyptians: “It is definitely the biggest cyber espionage operation in history — not only because it extended to many regions across the globe, but also for its duration. It went on for close to four years between 2014 and to our current date.”

Fahmy researched this topic over the last year, acquiring information about the hacks from forensic experts. Sometimes, he said, the Qatar-backed hackers “would just monitor their emails and in other cases, they would actually steal them.”

“These hackers were using VPNs that indicated they were operating from different countries but then there was a glitch and a drop – almost like a curtain falling for a couple of minutes – and it indicated that the hack was being conducted from Qatar from OOREDO, the main telecommunications company in Qatar. The IP address is registered to [OOREDO], indicating it originated from inside [the Qatari capital] Doha.”

Fahmy pointed to other evidence as well, including WhatsApp messages between individuals he believes are responsible for the cyber-espionage scheme, “who are basically celebrating access to the emails, trying to claim credit for the email addresses and the content.” (RELATED: Left-Wing Researcher Studying Russian Collusion Was Subject To Qatari Hacking)

He said all of this information, and much more, will be part of his forthcoming film.

“Our main focus of production will be films that focus on human rights issues, women’s rights, refugees, the effects of terrorism on people—and one of the films is about the Qatari hack,” Fahmy told the Caller.

“To me, that represents a huge breach of privacy and threat to human rights. And if anything, announcing the details and the fact that we are onto them may deter them and lets these people know that they cannot continue to do that and get away with it without any accountability.” 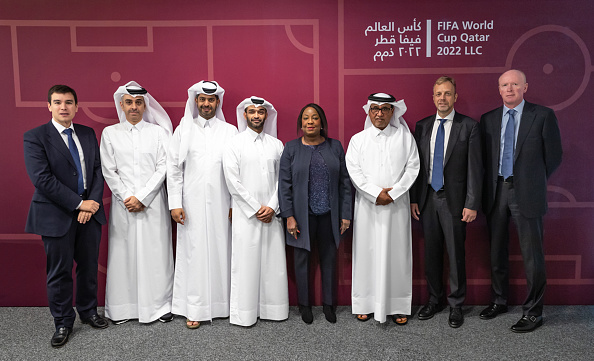 Fahmy said the day after his press conference, “three Arab NGOs announced in a press release that they plan to submit a report to the U.N. against this cyber espionage that Qatar is involved in, in order to stop them from doing it.”

“It’s a disgrace because, if you are a nation that is hosting the World Cup in 2022, and you are spying on soccer players, then imagine what would happen if all these other states are in your country are using the WiFi in your hotels, and they are accessible,” he said. “It’s a crime. It’s unethical. And it’s against every value, and the FIFA should be alerted to that.” (RELATED: FIFA President Gifts Trump Red Card For Unruly Reporters)

“It was about influence, power and hubris,” Gregg Roman, director of the Middle East Forum (MEF), told the Caller, about what he believes drove Qatar to carry out the hacks. “They want to be able to know what’s going before anyone else does.”

Roman went on to note his belief that the second motivation in Qatar’s hacks has to do with power. “Qatar doesn’t have a lot going for it besides its wealth; being the richest country in the world, per capita, and its ability to meddle in other countries’ politics. They are always trying to get the advantage.”