An 11-year-old boy from Florida was charged for disrupting a school function and resisting arrest without violence after refusing to stand for the pledge of allegiance in school Feb. 4.

“I’m upset,” Talbot said according to Orlando Weekly. “I’m angry. I’m hurt … If any disciplinary action should’ve been taken, it should’ve been with the school. He shouldn’t have been arrested.”

The incident also included a verbal disagreement with a substitute teacher who will no longer be able to work at schools in the school district, a school district spokeswoman said according to WHDH. (RELATED: Teachers Want A 12 Percent Raise In A California School District That Went Into A Financial Crisis In 2017)

The boy, a sixth grader at Lawton Chiles Middle Academy in Lakeland, Florida, told the substitute teacher that the flag was racist.

The teacher responded by asking the boy why he did not find another country to live in, according to the Washington Post. 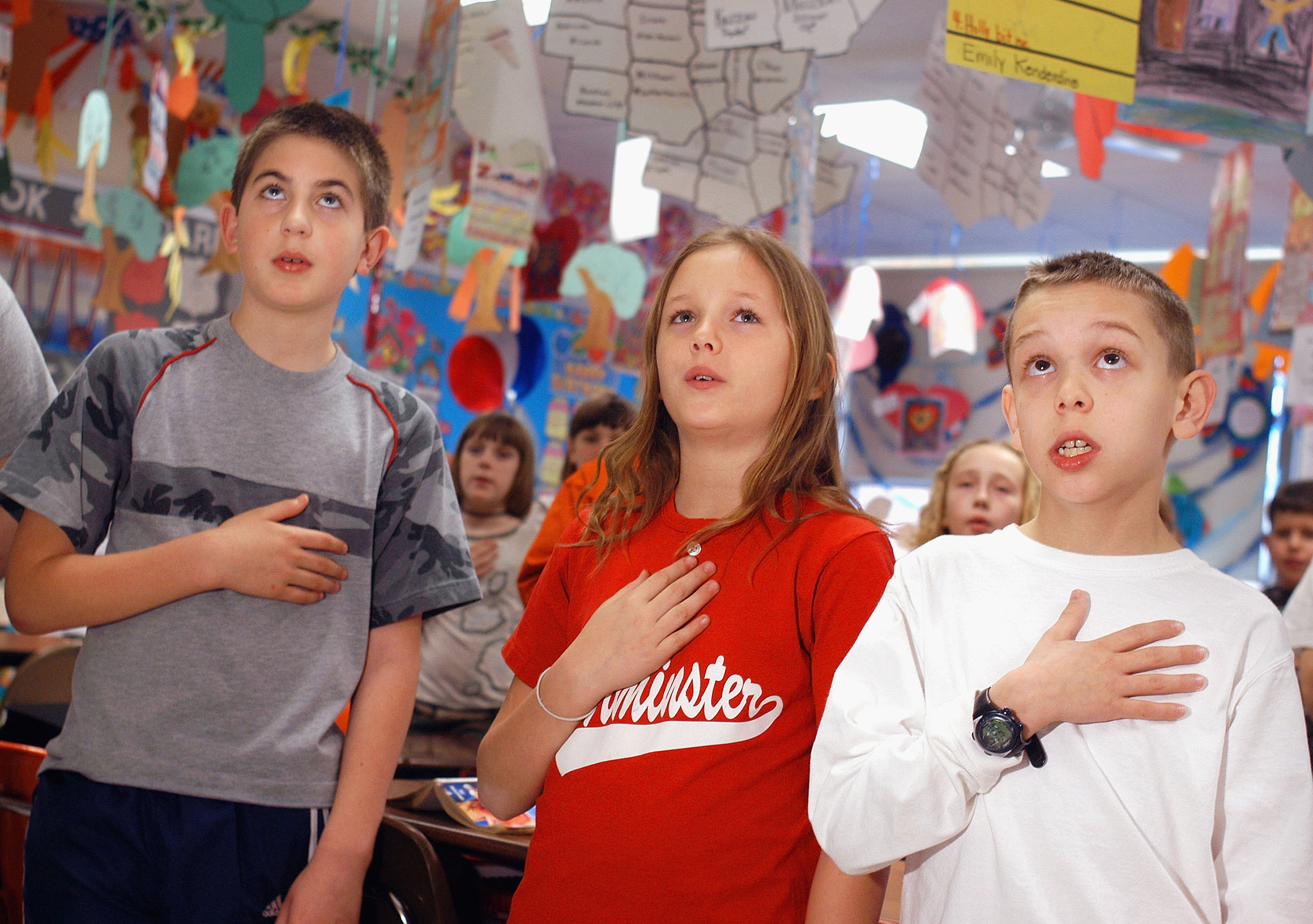 “They brought me here,” the boy replied according to a statement from the teacher.

“Well you can always go back, because I came here from Cuba and the day I feel I’m not welcome here anymore I would find another place to live,” the teacher said she responded.

She then involved the school’s office and the boy was “arrested because he refused to follow multiple commands, repeatedly called school leaders racist and was disruptive, according to an arrest affidavit,” reported WHDH.

The student reportedly threatened to get the school’s principal fired and to beat the substitute teacher. He was taken to a juvenile detention center Feb. 4 and suspended from school for three days, according to WaPo.

The school district spokeswoman said the substitute teacher was unaware that students are not required to participate in the pledge of allegiance.

Controversies about the pledge of allegiance in schools have raged recently, including at a Georgia elementary school where the principal suggested the pledge be replaced with a new pledge about “students’ civic responsibility to their school family, community, country and our global society.”

Other children have kneeled during the pledge. Former Secretary of State Hillary Clinton applauded a child for refusing to stand for the pledge of allegiance during class in August.