“Jussie Smollett — what about MAGA and the tens of millions of people you insulted with your racist and dangerous comments!? #MAGA,” Trump wrote on Twitter Thursday.

.@JussieSmollett – what about MAGA and the tens of millions of people you insulted with your racist and dangerous comments!? #MAGA

Smollett, known for his role on the show “Empire,” is accused of orchestrating a fake hate crime against himself in Chicago in January. He claimed that two white men attacked him while he was walking home from a restaurant late at night. Smollett, who is gay, told police that the men poured a bleach-like substance on him and tied a rope around his neck like a noose while shouting racist and homophobic slurs.

That interview took place before Smollett’s story began to crumble. Two brothers, Olabinjo and Abimbola Osundairo, were arrested for allegedly attacking Smollett before being released Friday without charges. Smollett allegedly paid the brothers to carry out the attack.

The Chicago Police Department addressed the Smollett controversy during a press conference Thursday. 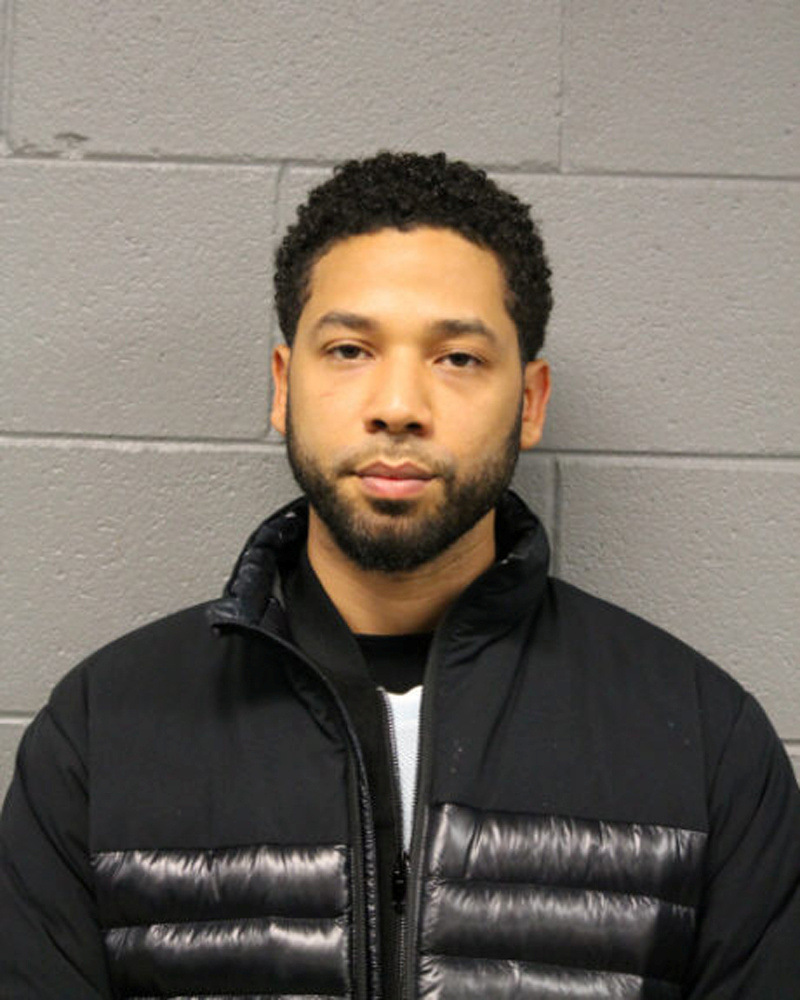 “This announcement today recognizes that ‘Empire’ actor, Jussie Smollett, took advantage of the pain and anger of racism to promote his career,” Chicago PD Superintendent Eddie Johnson said. “I am left hanging my head and asking why? Why would anyone, especially an African-American man, use the symbolism of a noose, to make false accusations?”