‘Off The Rails’: 10th Democratic Debate Is A Cacophony Of Shouting And No Moderating

Raul Castro received limited powers to rule over the country after Fidel Castro was recovering from a surgery for an intestinal illness in 2006. Although Cuban officials kept his health issues secret, the CIA also revealed Fidel Castro suffered from Parkinson’s disease in 2005.

Castro announced his resignation in a February 2008 letter, but discussed his declining health a month before, according to NPR. After his presidency, he remained the Communist Party’s first secretary for three more years.

“Therefore, it would be a betrayal of my conscience to accept a responsibility requiring more mobility and dedication than I am physically able to offer,” Castro wrote, NPR reported. (RELATED: Mysterious Sound Illness That Hit Diplomats In Cuba And China Is Back)

He ruled over Cuba for nearly 50 years, starting in 1959, after overthrowing the country’s former military dictator Fulgencio Batista, according to History. This was not his first venture into political revolutions, however.

He participated in invading the Dominican Republic with exiles in 1947 and engaged in the Bogotá, Colombia, riots in April 1948, according to Britannica. Castro also worked closely with Argentine Marxist revolutionary leader Che Guevara, who helped with the two years of guerrilla warfare that eventually led to Batista leaving Cuba.

Though Castro promised to lead a transparent government and restore civil liberties prior to becoming Cuba’s leader, he instead organized the Communist Party of Cuba, which limited political, economic and cultural life for citizens, according to Britannica.

The country saw “free” health care and education, but many people left Cuba due to their limited rights. Castro’s regime could have citizens jailed for opposing his politics and limited land ownership among citizens.

The U.S. had a troublesome relationship with Castro’s Cuba because he nationalized U.S.-owned businesses in 1960. This caused the U.S. to launch a trade embargo against Cuba shortly thereafter. America was also concerned with Cuba’s reliance on the Soviet Union. Cuba relied on the Soviet Union regarding trade policies because the country could otherwise not maintain its standard of living due to an inefficient economy, according to Britannica.

The U.S. discovered Soviet-owned missiles in Cuba in 1962, which prompted fear of nuclear war. The missiles could hit eastern cities in the U.S. within a matter of minutes. The Cuban Missile Crisis ended after the U.S. agreed to remove nuclear missiles from Turkey and not overthrow Castro in exchange for removal of Soviet missiles out of Cuba.

Former U.S. President Barack Obama and Cuban President Raul Castro eased travel and trade restrictions and brought back diplomatic relations to normalize ties, according to the Council on Foreign Relations.

President Donald Trump, however, rolled back agreements made between Obama and Raul Castro to hold the country responsible for its suppression of democratic rights. 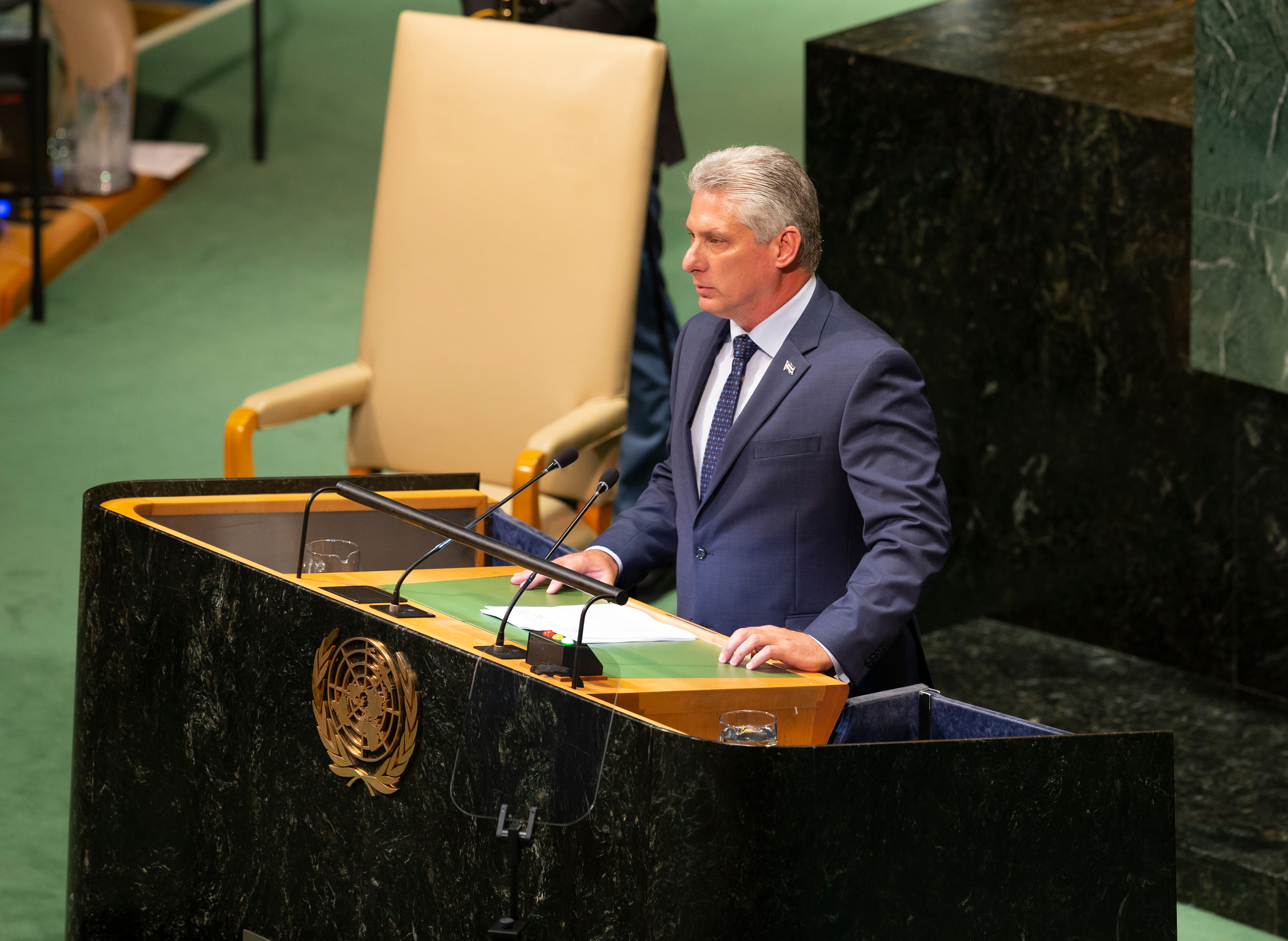 Fidel Castro died in 2016 at 90 years old. Raul Castro stepped down as president and Miguel Díaz-Canel was named president in April 2018.