While Capitol Hill and the media were in the throes of fiery questions and answers between members of the House Oversight Committee and former attorney to President Donald Trump, Michael Cohen, the Democratic National Committee was busy trying to raise campaign donations off the event.

“Donald Trump’s former personal lawyer and ‘fixer’ Michael Cohen is currently testifying under oath about Trump’s criminal conduct, his business interests in Russia, and his direction to buy the silence of Stormy Daniels in 2016 and then lie about it,” the fundraising email from DNC Chairman Tom Perez (with the subject line “Cohen’s testimony”) begins.

Meanwhile, committee Democrats were claiming the hearing was not about politics but a fact-finding exercise. 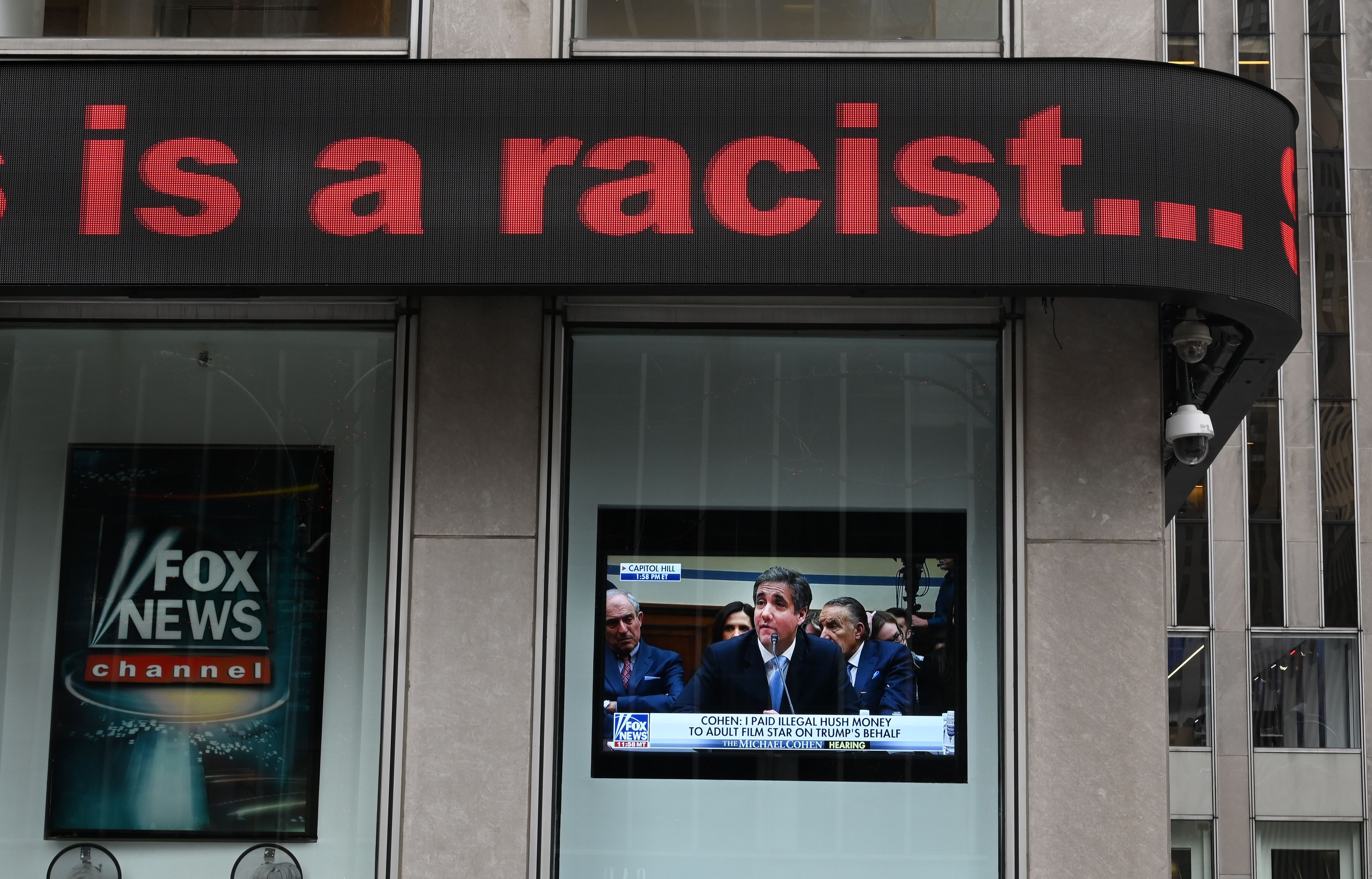 Michael Cohen, US President Donald Trump’s former personal attorney is seen on the TV at the Fox News Headquarters … (TIMOTHY A. CLARY/AFP/Getty Images)

“This has become the new normal — a member of the president’s inner circle testifying before Congress about crimes committed by his boss before and during his time as the president of the United States,” the email continues. “Despite all of the nefariousness circulating the Trump administration and his 2016 campaign, Donald Trump could very well win another four years in the Oval Office.”

It then proceeds to ask for a donation to the party.

The hearing itself has been contentious, with Democrats using Cohen to criticize the president’s character and accuse him of everything from colluding with Russia to taking part in extra-marital affairs. Republicans mostly used their time to expose Cohen as having a history of lying, one of the things he will soon be serving a three-year prison sentence for pleading guilty to.

The DNC email concluded, “Donald Trump and his allies are going to be hard to beat in 2020, but I know we can do it if we come together now and make early investments in the tech and organizing infrastructure it will take to lift our Democratic nominee to victory.”