Chinese manufacturing sunk to a three-year low in February as the U.S. ratcheted up pressure on China over trade issues, according to data released Thursday.

Thursday’s data was the lowest since March 2016 and “is the latest among many signs of persisting weakness in a slowing economy,” reported The Wall Street Journal. If U.S.-China trade negotiations fail, the manufacturing decline could continue, according to CNBC.

China’s official manufacturing purchasing managers index (PMI) in dropped to 49.2 in February from 49.5 in January, data from the National Bureau of Statistics cited by The WSJ showed. (RELATED: Trump Announces Trade Summit With Chinese President Xi)

Economists also noted that the low figures coincided with a long Lunar New Year celebration but that the data still pointed to a slowdown.

Trump announced on Twitter Sunday that he and Xi will hold a summit at Mar-a-Lago following the trade talks between U.S. and Chinese officials. 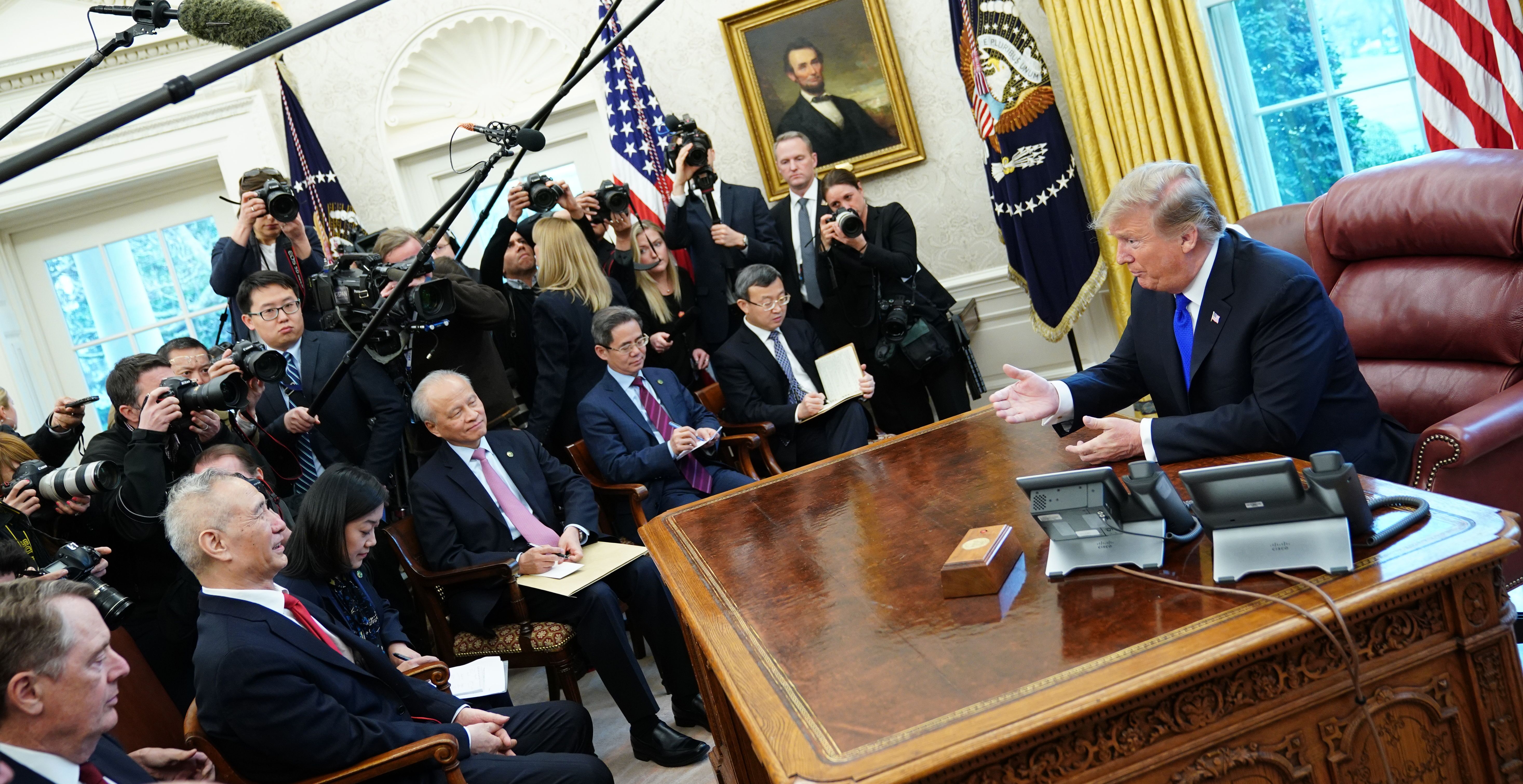 US President Donald Trump (R) speaks during a meeting with China’s Vice Premier Liu He (2nd L) in the Oval Office of the White House in Washington, DC on February 22, 2019. (MANDEL NGAN/AFP/Getty Images)

“I am pleased to report that the U.S. has made substantial progress in our trade talks with China on important structural issues including intellectual property protection, technology transfer, agriculture, services, currency, and many other issues,” Trump wrote on Twitter.

“As a result of these very productive talks, I will be delaying the U.S. increase in tariffs now scheduled for March 1,” he continued. “Assuming both sides make additional progress, we will be planning a Summit for President Xi and myself, at Mar-a-Lago, to conclude an agreement. A very good weekend for U.S. [and] China!”

The trade war had caused some businesses to frontload orders of Chinese exports as China and U.S. engaged in tit-for-tat tariff impositions, reported The WSJ.