“Just a few moments ago, I signed an [executive order] addressing one of our nation’s most heartbreaking tragedies: VETERANS SUICIDE,” Trump wrote on Twitter Tuesday. “To every Veteran — I want you to know that you have an entire nation of more than 300 million people behind you. You will NEVER be forgotten.”

Just a few moments ago, I signed an EO addressing one of our nation’s most heartbreaking tragedies: VETERANS SUICIDE. To every Veteran–I want you to know that you have an entire nation of more than 300 million people behind you. You will NEVER be forgotten. https://t.co/DKxiV5Ku3B

Trump’s order will create a Cabinet-level task force headed by VA Sec. Robert Wilkie to work across the federal government to reduce veteran suicide rates, reported USA Today. The initiative is named the “Presidents’ Roadmap to Empower Veterans and End a National Tragedy of Suicide,” or the PREVENTS Initiative.

Suicide rates among young veterans ages 18 to 34 have been climbing. The suicide rate for younger veterans rose from 40.4 suicide deaths per 100,000 in 2015 to 45 per 100,000 in 2016, according to the VA annual report on the issue in September 2018. (RELATED: Trump On Ending Large-Scale Military Drills With South Korea: We’ll Save ‘Hundreds Of Millions Of Dollars’)

A Government Accountability Office report released to the public in December 2018 found “VA’s [suicide prevention] outreach activities dropped off in 2017 and 2018, and the office responsible for these activities lacked consistent leadership.”

The PREVENTS Initiative is designed to encourage private sector involvement and will likely offer grants to state and local governments to work on the issue, reported USA Today. 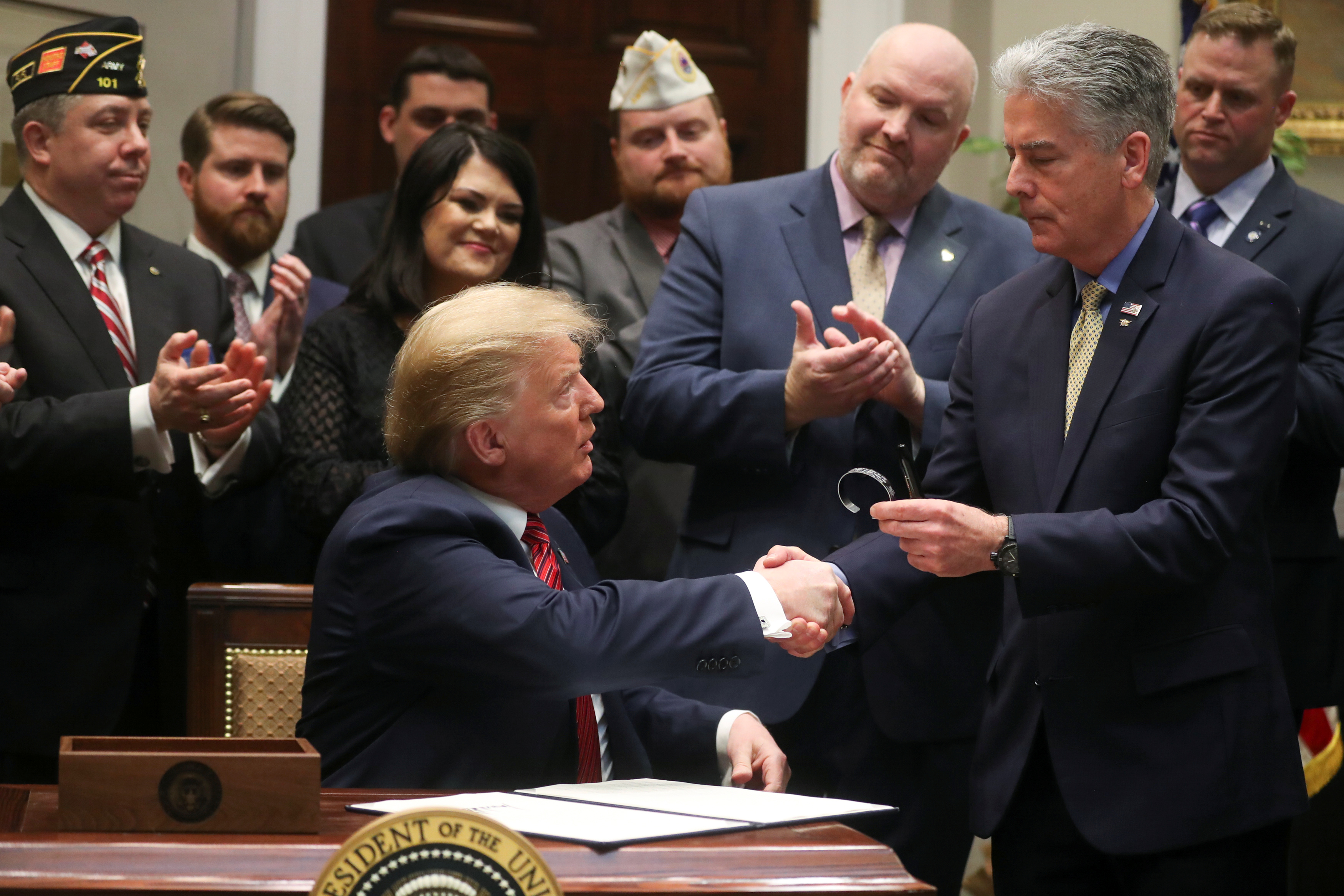 U.S. President Donald Trump shakes hands with former U.S. Navy SEAL and former Sergeant at Arms of the U.S. Senate Frank Larkin, whose son and fellow SEAL Ryan took his own life in April 2018, before Trump signed an executive order on veterans suicide prevention in the Roosevelt Room at the White House in Washington, U.S., March 5, 2019. REUTERS/Jonathan Ernst

The VA named veteran suicide its highest clinical priority in 2018 and published a multi-year plan to address it.

News about the alarming veteran suicide rate came in tandem with the U.S. suicide rate hitting a 50-year record in 2017, according to the Centers for Disease Control and Prevention, contributing to a lower life expectancy for Americans that’s part of a larger downward trend.