A groundswell of public support is building for Michael Goldstein, an administrator and adjunct professor at the City University of New York (CUNY), who claims that he is the victim of a “systematic and pernicious campaign” of anti-Semitism.

Goldstein, who teaches communications and government relations, has worked at CUNY’s Kingsborough Community College (KCC) for 20 years and is the son of the university’s former president. He penned a Feb. 13 op-ed in the New York Daily News titled, “A campus infected with hostility: A professor says he’s been targeted for being a conservative Jew.”

In the piece, Goldstein recounted what he described as an “unending campaign of harassment and belittlement” by which he was singled out for his politically conservative and pro-Israel views, as well as his allegation that CUNY and KCC have failed to take action to protect him and fellow Jewish staff members who have been targeted by a campus group called the Progressive Faculty Caucus (PFC).

Goldstein allegedly began being targeted in February 2018 when a photo of his late father that hung outside his office was defaced with anti-Semitic graffiti and a death threat, including the words “F—k Trump Goldstein, Kill the Zionist Entity.” KCC declined to classify the incident as a hate crime and denied Goldstein’s requests for added security.

Goldstein later learned that the vandalism came a day after KCC professor and PFC member Katia Perea told an administrator, “I guess I will have to handle this myself,” when the administrator refused her request to fire him. Perea allegedly went from office to office at the college, showing staffers Goldstein’s private Facebook photos as “evidence” that he is racist and sexist. 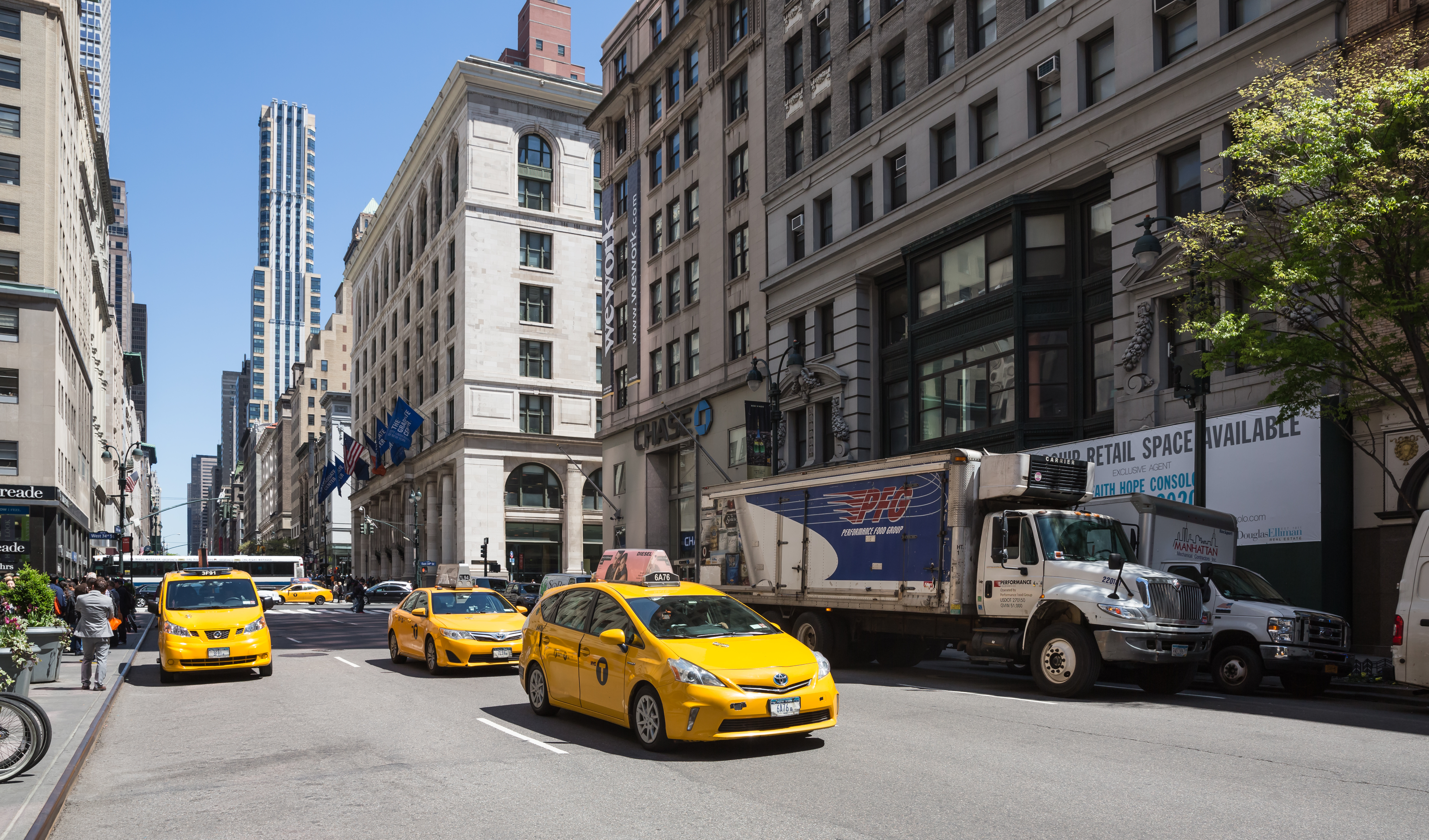 Then, last May, more than 1,000 flyers were distributed around campus calling for Goldstein’s firing over posts on his private Facebook page that were Zionist and pro-Trump. The flyers included a picture of the Jewish professor’s 13-year-old daughter. Further, a PFC member who was appointed to a KCC food committee that Goldstein has chaired for eight years began investigating his activity on the committee for no apparent reason, according to Goldstein.

“I’ve never promoted any of my private or religious opinions in the classroom — or anywhere else on campus. Nor have I held any of the hateful views the flyers attached to me,” Goldstein wrote in the Daily News op-ed, adding that he now fears for his safety on campus.

“Sadly, such discrimination against Jews isn’t limited to Kingsborough or CUNY,” he wrote. “Other high-profile incidents of anti-Semitism and anti-Zionism on campuses include University of Michigan, UCLA, Stanford University, Tufts and Connecticut College. The list goes on and on. None of this has anything to do with academic freedom or free speech. This is about anti-Semitism and religious discrimination, pure and simple. There is no longer a safe space in academia for individuals with opposing views — especially if you are Jewish or pro-Israel.”

Goldstein has experienced an outpouring of solidarity in the weeks following the publication of his op-ed, including thousands of shares of his article on social media, dozens of e-mails of support from concerned individuals all over the world and outreach from legal professionals who have volunteered to provide their assistance.

The professor is already being represented by The Lawfare Project, a New York-based legal think tank and litigation fund that states its mission is to protect the civil and human rights of pro-Israel and Jewish communities globally.

The Lawfare Project is largely viewed and recognized as the pro-Israel ACLU. 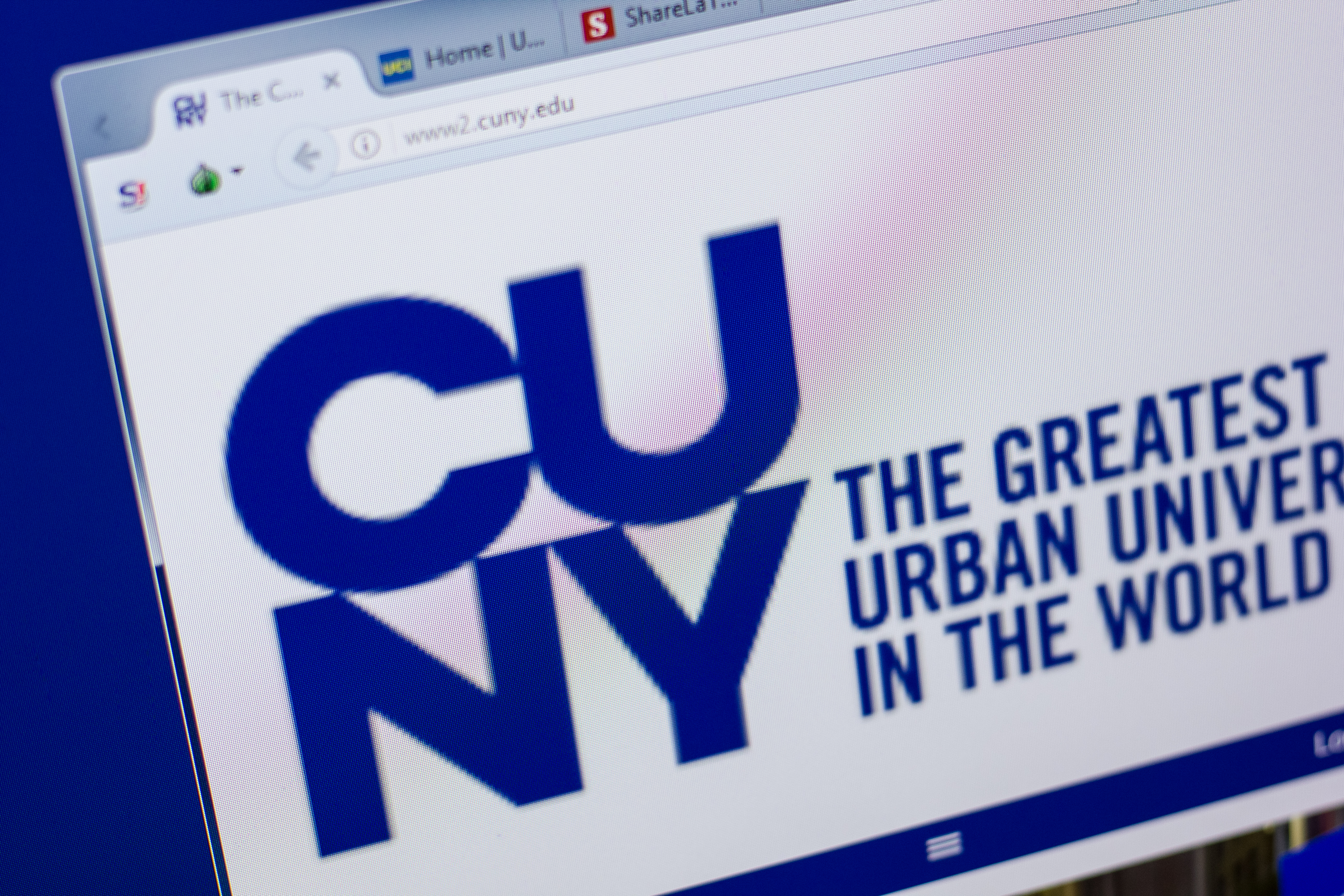 With the assistance of The Lawfare Project, Goldstein has filed complaints with the Equal Employment Opportunity Commission and the New York State Division of Human Rights. He says that during the past year alone, at least five complaints by Jewish staff members that were filed against the PFC have been filed internally with CUNY. The Lawfare Project represents Jeffrey Lax, chair of KCC’s Business Department, in an employment discrimination lawsuit against the college. Lax’s allegations included that Stuart Suss, a former interim president of the school, had said there are “too many Jews” on KCC’s staff.

Additionally, The Lawfare Project and Winston & Strawn LLP last year brought a lawsuit which accuses San Francisco State University (SFSU) and the California State University (CSU) system for anti-Semitic discrimination stemming from the exclusion of the Jewish organization Hillel from a “Know Your Rights” fair on SFSU’s campus in February 2017. The trial date is set for March 18.

Meanwhile, in Goldstein’s case, The Lawfare Project says it has sent multiple letters to the CUNY network’s chancellor and deputy general counsel as well as KCC’s president since August 2018, informing them that their lack of action to protect Goldstein represents a violation of school policy, state law and federal law.

Goldstein himself has filed a series of complaints with KCC’s Department of Public Safety since the initial anti-Semitic vandalism and death threat in February 2018; he has also filed complaints with the school’s chief diversity officer, the administrator responsible for handling discrimination complaints. Goldstein says KCC has not informed him which, if any, of the complaints have been opened for a formal investigation.

“We will not rest until City University of New York takes the appropriate steps to ensure Mr. Goldstein’s protection and puts an end to the discriminatory targeting and harassment of Jewish staff and faculty at Kingsborough Community College,” said The Lawfare Project’s Executive Director Brooke Goldstein.

The Lawfare Project issued a statement blasting KBCC’s President Claudia Schrader for failing to condemn the anti-Semitism that Goldstein experienced, instead blaming the media for potentially tarnishing the school’s image.

The statement read, in part:

Furthermore, on February 25th, in a college-wide e-mail addressed to the KCC community from the KCC President, there was no explicit condemnation of the anti-Semitism experienced by Goldstein; rather, the incidents were merely treated as “allegations of anti-Semitism”. While the e-mail claims investigations are ongoing, Michael Goldstein has not received any clarification on the status of his claims.

The CUNY administrator’s reaction underscores not only the college’s abject failure in preventing anti-Semitism, but also its refusal to come to terms with anti-Semitism on its campus.

The Lawfare Project will continue defending the civil rights of Mr. Goldstein and calls on the CUNY administration, as well as New York’s elected leadership, to seriously investigate the anti-Semitism plaguing their public campuses. It is time for them to take meaningful steps to hold perpetuators accountable and create a safer campus for all students and faculty.