“Asked Elijah Cummings today when he will ratchet up demands for WH security clearance info. ‘I’m a spiritual fellow and I think things through very carefully and I pray. And there will come a moment when I will do whatever’s necessary to be done to carry out my responsibilities.'”

Note to Readers: For several years now, many journalists have been pushing and obsessing over their own brands. It’s unfortunate the industry has come to that. The attitude has become: To hell with the larger organization. What’s in for ME? ME! ME! ME! I thought it was gross when it started and still do.

This week, some journalists in the political Twittersphere began fretting over their follower/following ratio. I wish they were joking. The expert thought is that A) You should not follow anyone who doesn’t follow you back. In other words, fuck anyone who isn’t helping me. And B) The number of people you follow should be far less than those you follow. In short, don’t you know who I am? (This is, horribly, called your “follower/following” ratio.)

I don’t blame these reporters too much for fretting over this stupidity. One of my longtime journalist friends says, “The people who worry about silliness like that probably aren’t worth following anyway.” I agree on principle, but some of these worriers are actually still worth following. “It’s still annoying behavior,” my friend stressed. Some of us recall the culture when writers didn’t care about such things. When we left our desks, lunched longer, had more space to think before writing, time to play elaborate practical jokes on our coworkers — hiring a drunken gorilla to do the hokey pokey with your boss is always a good idea.

On the other hand, being lured to a K Street park by coworkers for a complex email hoax may have gone too far (you know who you are, The Hill’s Bob Cusack). As one of my former editors says often, “Twitter is for losers.” As much as the medium helps what I do, his adage always rings true.

With that, I bring you the worriers (many of whom I like, so don’t take this too personally).

Reporter has too much ‘social anxiety’ to unfollow people

“I need to follow less than 1/4 of the ppl I do now but I have too much social anxiety to unfollow even one person in case they take it personally. I can’t even unfollow people who have unfollowed ME b/c I want them to know I still like them and their tweets even if we’re not mutuals anymore help. Also to everyone I don’t follow who follows me, please know I love you and I wish I could follow every one of u back! maybe I should just adopt the @tayediggs strategy idk. Anyway while I’m here, please follow me on Instagram.” — Taylor Lorenz, staff writer, The Atlantic.

And now for a very important question here

“Why do you have to follow fewer?” WTOP’s Neal Augenstein asks Lorenz.

And HuffPost and New York Mag’s Yashar Ali, the Dean of Twitter, says, “You may unfollow me if you want to. I won’t be hurt. Promise.”

Susan Fowler, a reporter and editor for NYT‘s Opinion section, says, “I mute almost everyone.”

Capitol Hill freelancer Matt Laslo has a joke: “Follow me (finally) and then unfollow me – it may feel cathartic.”

“I mute people, and then every few weeks I look through the muted list and if I don’t miss that person’s tweets, I unmute and unfollow.” — Justin Green, Axios.

Lorenz shot back, “SAYS THE MAN WHO FOLLOWS NEARLY 7,000 PEOPLE!”

Pollster Logan Dobson sees it like this: “I think it’s 100[-percent] fair to unfollow if they’ve unfollowed. It’s fine to just agree that hey we don’t mesh on Twitter.”

Politico‘s Eric Geller has a self-centered joke: “Social scientists say that the best twitter feed is one where the only person being followed is me.”

Wait, are we in hell?

“You can definitely unfollow me if I’m crowding your feed. Mass Unfollowing makes so much sense and it’s a v good trend. Otherwise, this site is overwhelming hell. Anyone who takes it personally needs to get w the program.” — Patrick Howell O’Neill, reporter, Gizmodo.

Journo dislikes the hardwiring of his brain

“I hate hate hate that my brain is hardwired to think that my follower/following ratio needs to be better. I actually don’t think my feed is that unmanageable! But I still want to unfollow. Plus, I feel everything else you said in this thread.” — Gene Park, audience editor, The Washington Post.

“I am in major #shadowban mode this week. Last week my tweets were averaging 5,000 likes and this week, lucky to get 300, plus losing followers. Anyone else?” — Bill Mitchell, pro-Trump radio host.

The art of muting…

“I think I’ve muted half the people I follow for exactly this reason, can’t recommend it enough.” — David Pierce, personal tech columnist, WSJ.

A good q to ask, but one that could have ramifications: Does it spark joy?

“Mary Kondo that shit. Does this motherfucker bring me joy? FUCK OFF.” — Stefan Constantine.

Journo advice: Delete everything. Start over.

“The best way to fix this is to unfollow everyone and start over. Highly recommend.” — William Turton, Vice News Tonight.

“Ahh, I struggle with this. I really hate the idea of anyone taking me unfollowing them personally, and I try to remember not to take it personally when someone unfollows me. I love you all dearly!” — Sarah Quinlan, Arc Digital.

The voice of reason

“Live every day like it’s [your] last. Who would [you] surround urself with? What would [you] do? where would [you] go? Who would [you] love? I have a feeling [you] wouldn’t give a shit about status or social trends if it were ur last day.” — Pardes Seleh, writes for Mediaite, formerly with Fox News.

“This is unacceptable. Thank God @brianstelter will talk about this in his Reliable Sources newsletter this evening.” — Cameron Cawthorne, Washington Free Beacon. Please note: Heavy on the sarcasm.

Jackass on the loose: “Whoever that jackass was who I’m told actually has like hiring power at a major publication who said you should focusing [sic] journalist hiring power at like Harvard & other war-criminal factories is so fucking dumb, I am honestly surprised he is still able to dress himself in the morning. ” — Asawin Suebsaeng, reporter, The Daily Beast. “I cannot think of something, if someone put me in charge of a thing, that would bump your resumé faster to the bottom of the pile than having instincts that led you to wasting your money on an Ivy League postgraduate education. I mean, you still might get the job on merit, but I would at least have the common sense to make you beg and call yourself a worthless hog in front of everyone first. I am perhaps slightly kidding and exaggerating here, maybe.”

“I cannot believe the level of dishonesty in the media. It is totally out of control, but we are winning!” — President Trump.<

“Despite the skills of a few journalists who should have long ago left the network in protest, Fox News has become an American plague.” — Margaret Sullivan, media writer, The Washington Post. Read her whole piece.

“‘I don’t presume that we will’ have losses, says [Raheem] Kassam, who insists that the ventures he helmed in the past have all ‘made a ton of money. I believe that I am that good,’ he says.” — WaPo piece by Erik Wemple. See the whole barfy story on this guy here.

Monica Lewinsky is not THAT kind of morning person 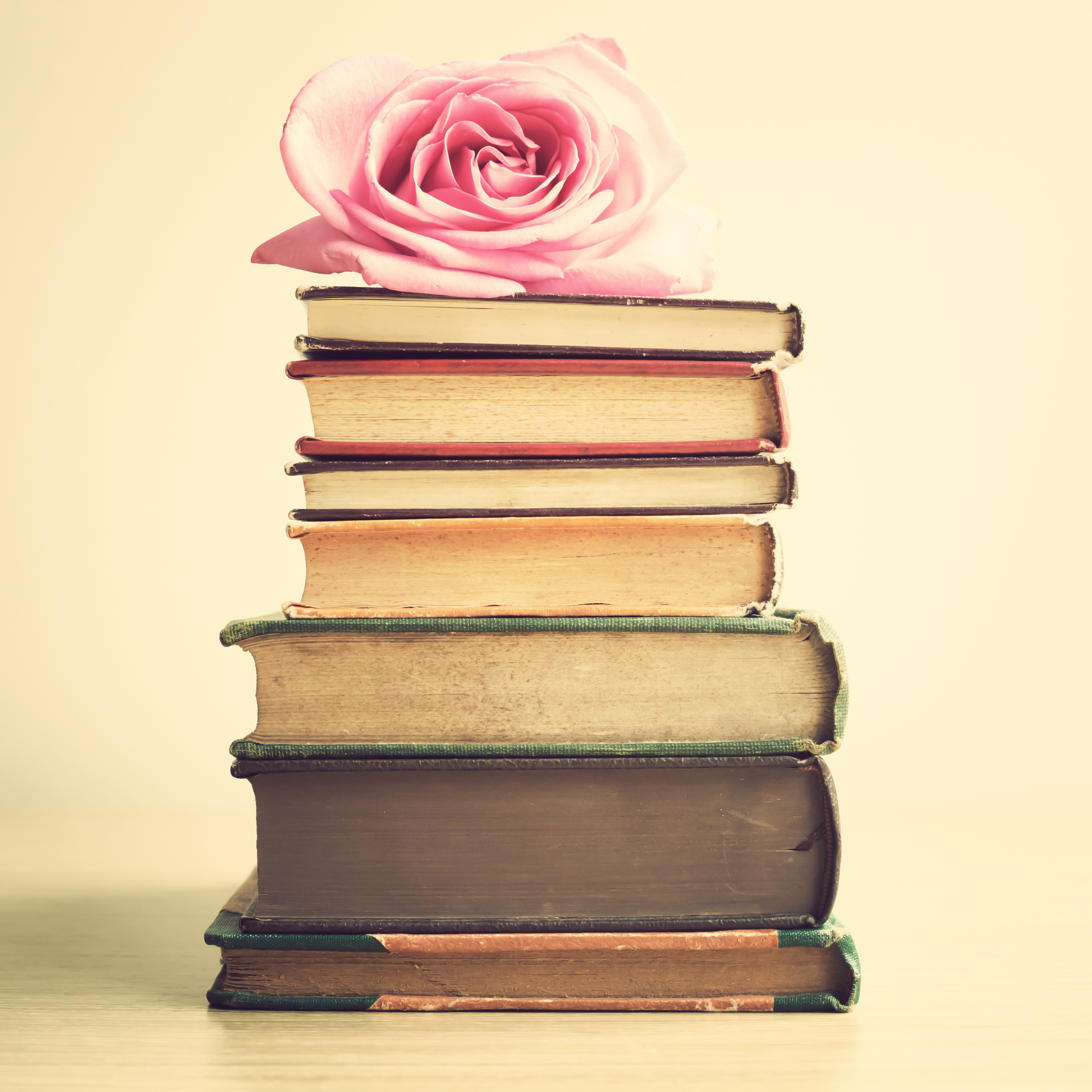 Dreyfuss, son of you-know-who, has explained to his followers that he needed to shake things up. He explains much more in this eye-opening (wink! wink!) story that is well worth the read. He knows there is no ill will in my eye references.

To set this up, this is the guy who said he had a wedding ceremony with Michael Jackson. He said he really liked jewelry, which he allegedly got a ton of from MJ.

“[James] Safechuck pulled out a box of jewelry. Though he says he doesn’t like looking at it, it’s clear that he cherishes it. He hasn’t let it go in more than 30 years. Why would he? After all, it was only given to him by the man that Safechuck says masturbated while watching him naked, bent over on all fours.”