China lashed back Saturday at the U.S. ambassador-at-large for international religious freedom’s claim that Beijing is “at war with faith,” calling it slander.

Sam Brownback urged China in a Friday speech in Hong Kong to allow investigations of its detainment camps, in which former Uighur Muslim detainees said they experienced inhumane conditions, torture and brainwashing, and also said the Chinese government must correct the wrongs it has committed against religious freedom in general.

“It is a war they will not win,” Brownback said of China’s war on faith, according to Reuters.

The office called on U.S. officials to “cease their slander of China’s policies on religion and the situation with freedom of faith and cease using religious issues to interfere in China’s internal affairs,” according to The Associated Press.

Brownback said the Trump administrations is “deeply concerned” by China’s oppression of Uighur Muslims, which he characterized as “a deliberate attempt by Beijing to redefine and control these Muslim minority groups, [their] identity, culture and faith.”

He also demanded that China release pastors John Cao Sanqiang and Wang Yi, whom Chinese authorities detained for operating in the underground church, independent of regulation by the Chinese Communist Party.

“The Chinese Communist Party must hear the cries of its own people for religious freedom and act to correct its wrongs,” Brownback said.

Brownback’s criticism of China’s efforts to suppress religion came two days before the 60th anniversary of the Dalai Lama’s exile from Tibet, in part spurring Chinese officials to also defend their policies concerning the oppression of Tibetan Buddhists, several thousand of whom fled China and joined the lama in India. 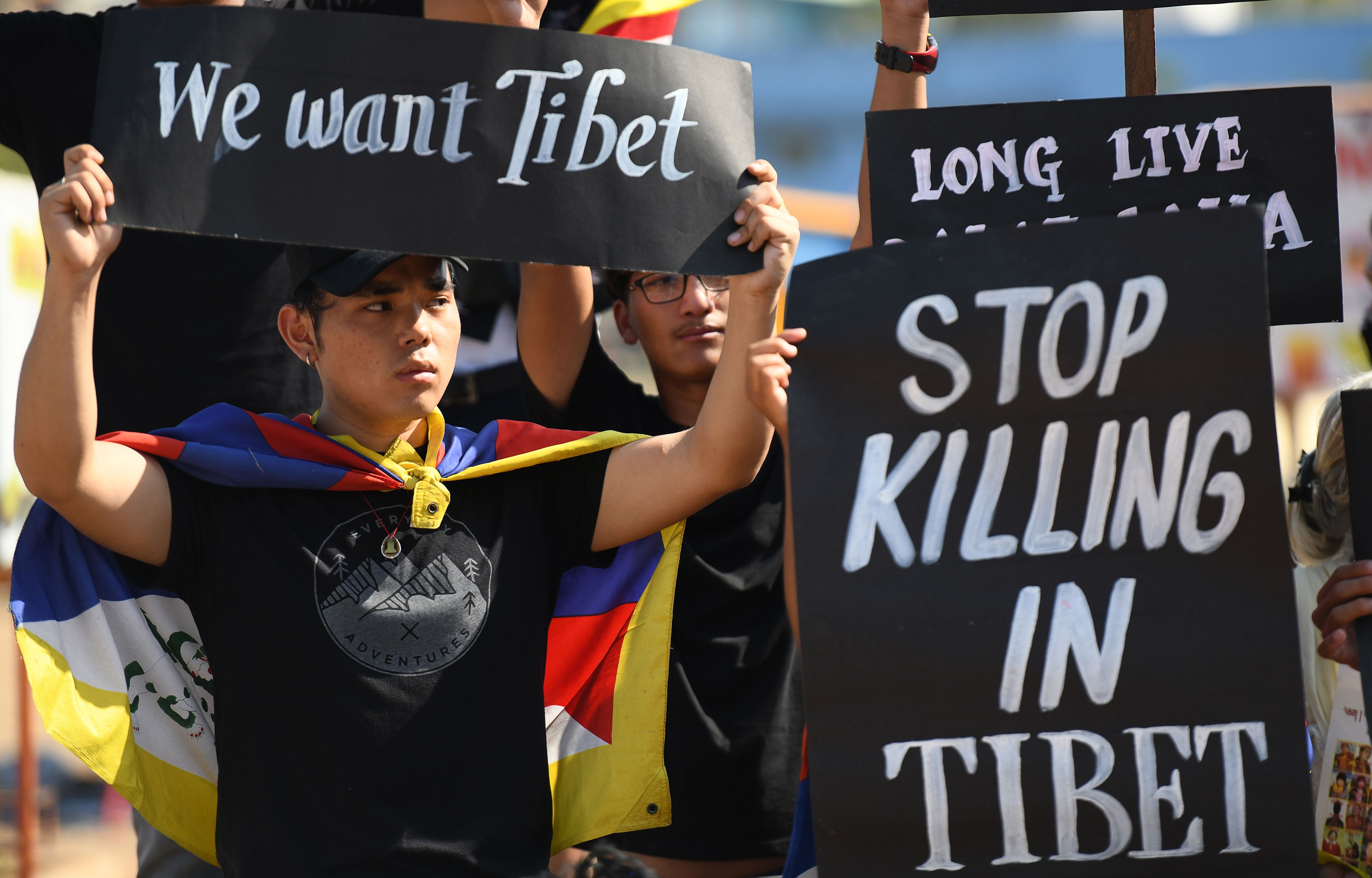 An exiled Tibetan activist holds a placard during a protest marking the 60th anniversary of the 1959 Tibetan uprising against Chinese rule in Chennai on March 10, 2019. (ARUN SANKAR/AFP/Getty Images)

State sanctioned news outlets like Xinhua News Agency claimed Sunday that increased lifespans, better education and economic growth disproved claims that Chinese authorities are destroying and exploiting Tibetan culture and resources and claims that they are committing human rights violations in the region, according to AP.

The Chinese Communist Party chief in Tibet also claimed Wednesday that Tibetan people are now more loyal to Beijing than to the Dalai Lama. A recent series of self-immolations by Tibetan Buddhists in the region, done in protest of China’s control over Tibet, stands in sharp contrast to that claim.