President Donald Trump will ask Congress for an additional $8.6 billion for wall construction on the U.S.-Mexico border, a move that will likely set up another fierce battle over border security funding.

The president is expected to roll out his 2020 budget proposal Monday, which will include billions more than his previous demand for wall funding. The budget will request $5 billion for the Department of Homeland Security and another $3.6 billion for the Defense Department’s military construction budget to build more sections of wall along the U.S. southern border, The Washington Post reported.

Trump in December demanded $5.7 billion to help fund massive wall construction along the U.S.-Mexico border. However, following major gridlock between Republican and Democratic lawmakers, Congress allocated only $1.375 billion to finance 55 miles of barrier in Texas. The president accepted that funding in February but also declared a national emergency that ultimately gave him a total of $8 billion in funding.

A number of lawsuits have since been filed against the national emergency, and the Senate is set to pass a resolution that disapproves of the move.

The additional $8.6 billion — combined with funds from the emergency declaration — will allow the completion of 722 miles of barrier construction, a long-sought goal by the Trump administration. The White House claims that about 122 miles of border barriers have already been finished or are currently under construction. The entire length of the U.S.-Mexico border is 1,954 miles, with most walls located on the border’s western half. (RELATED: A Rising Number Of Visa Applications To The US Are Getting Denied) 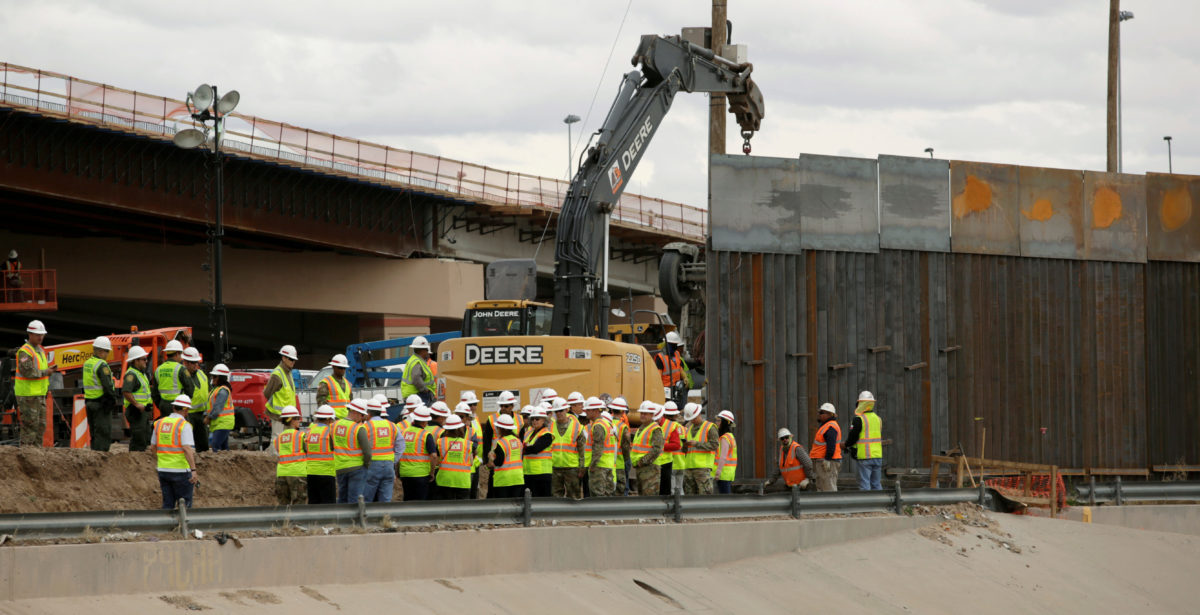 Workers and U.S. border patrol officers stand next to an excavator working in a section of the new wall between El Paso, Texas, in the United States and Ciudad Juarez as seen from the Mexican side of the border in Ciudad Juarez, Mexico, Feb. 5, 2019. REUTERS/Jose Luis Gonzalez

During an interview on Fox News, the White House’s top economic adviser said a budget battle is coming.

“I suppose there will be,” Larry Kudlow said Sunday. “I would just say that the whole issue of the wall, of border security, is of paramount importance. We have a crisis down there. I think the president has made that case very effectively.”