President Donald Trump is demanding Congress pass a budget that includes funding for a massive barrier on the country’s southern border, but the administration’s border security wish list also includes a number of other requests.

The partial government shutdown reached day 20 on Thursday, with no compromise appearing on the horizon. The gridlock would only need to continue for two more days to surpass the longest government shutdown in U.S. history — which took place between December 1995 and January 1996 and lasted 21 days. Congressional Democrats continue to oppose the concept of a border wall, framing it as unnecessary and immoral. However, Trump pledged to reject any budget that doesn’t fund his proposal.

How much for the wall and what would it look like?

The president specifically called for $5.7 billion in appropriated funds to construct a wall on the U.S.-Mexico border. Stretching 234 miles, the proposed wall would be a steel barrier, but its design would likely vary depending on the terrain. The amount of funding dedicated to the wall is subject to change should Republicans and Democrats reach any sort of compromise.

It’s not clear if some of the funds would be allocated toward the rebuilding of wall that already exists on the U.S.-Mexico border. The president’s negotiating team — spearheaded by Vice President Mike Pence, White House senior adviser Jared Kushner and Department of Homeland Security Secretary Kirstjen Nielsen — have presented Democrats with a basic outline of what they want.

What else is Trump calling for?

While the wall has taken center stage of the immigration debate, it is only one component of Trump’s border security reform agenda.

Among the White House’s other demands: $675 million for increased inspection technology at southern ports of entry; $571 million for an additional 2,000 law enforcement agents; $563 million to fund 75 more immigration judges and staff to handle the hundreds of thousands of cases backlogged in immigration courts; and $211 million to bring on 750 more Border Patrol agents. (RELATED: The Government Already Built 3 Times As Much Wall As Trump Wants. You Drive By Them Everyday)

The administration also wants to beef up funding to care for the illegal immigrants who have been apprehended by the U.S. government. Such requests include $4.2 billion to go toward 52,000 detention beds for illegal aliens and $800 million toward the medical, transportation and housing costs of those in custody. 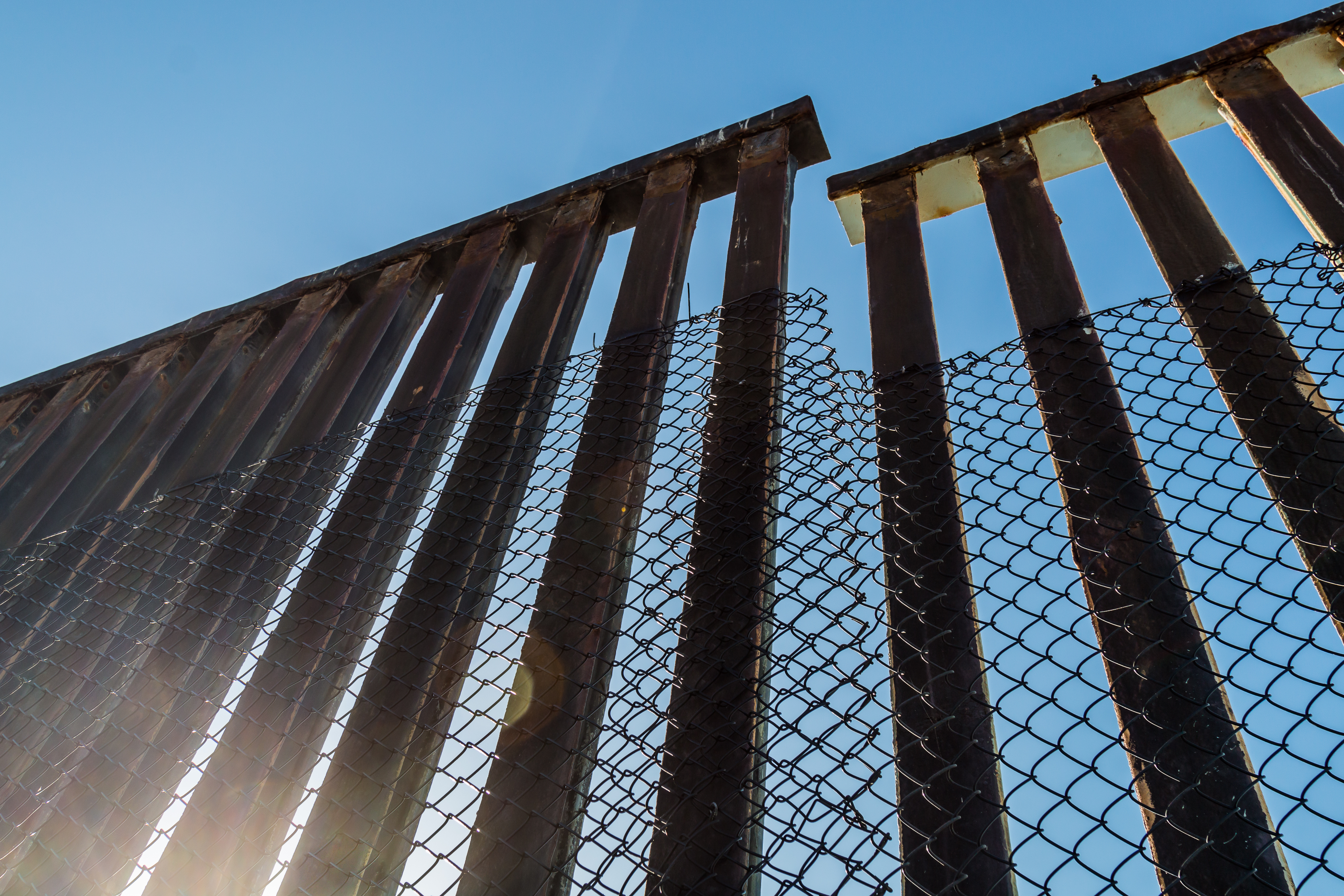 The border between the U.S. and Mexico is 1,954 miles long. A mere 650 miles is protected with some sort of fencing, leaving around 1,350 miles wide open. The porousness of the southern border is even more severe when taking into consideration that, of the 650 miles of established fencing, half is designed to stop only vehicles — not people.

If a wall is built, much of the construction would take place on the eastern half of the border. Texas stands out among the other border states for lacking much of any established fence. The biggest continual border wall gap stretches over 600 miles in Texas, mostly because the area lacks any major cities on either side of the border line.

On the other hand, large portions of the California, Arizona and New Mexico borders have some form of a wall already established. However, only a fraction these fences are actually meant to keep pedestrians out. 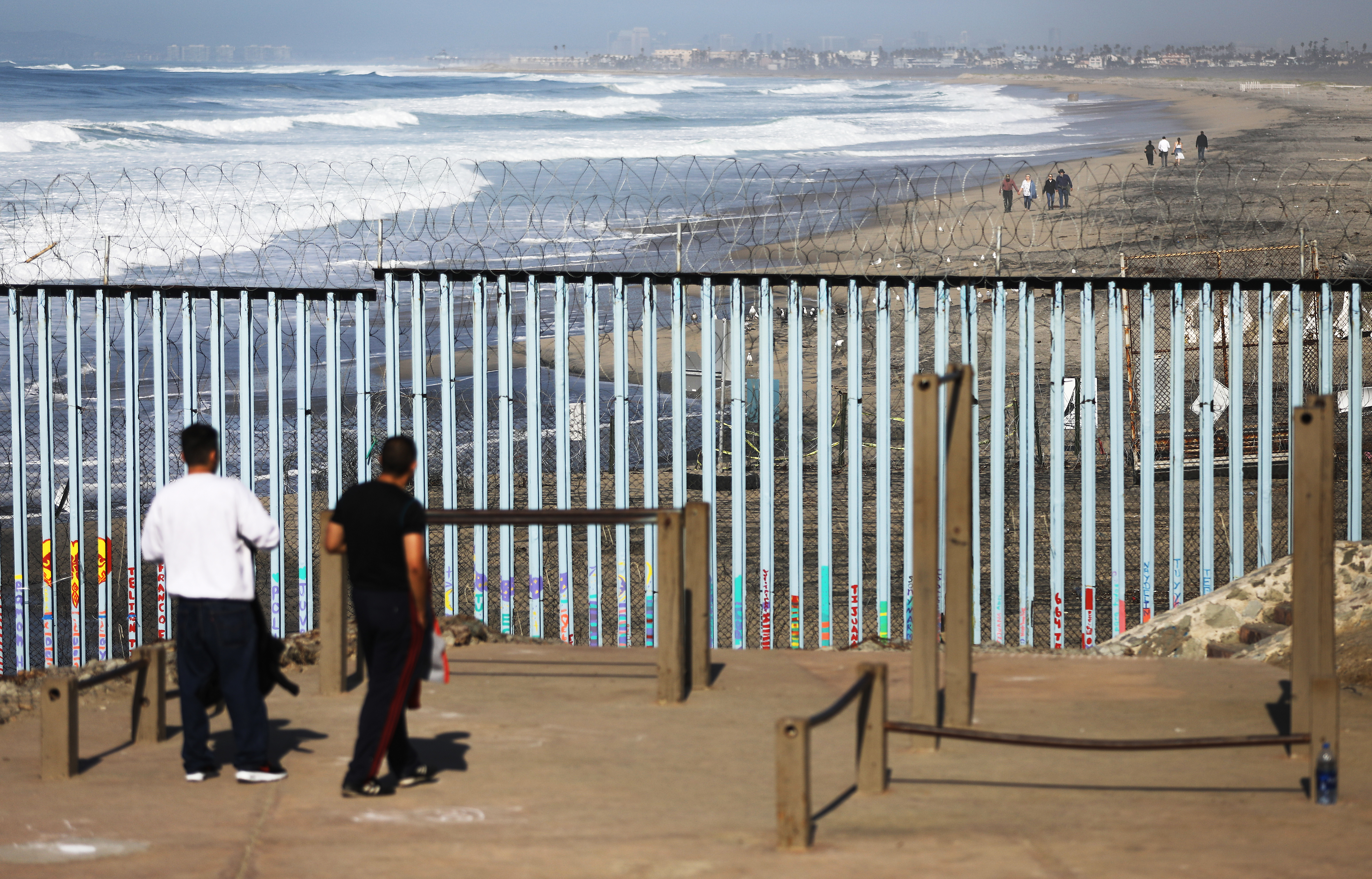 TIJUANA, MEXICO – JANUARY 10: People stand on the Mexican side of the U.S.-Mexico border on January 10, 2019 as seen from Tijuana, Mexico. President Trump is visiting the southern border in Texas today. (Photo by Mario Tama/Getty Images)

What’s going to happen next?

No compromise appears to be in sight. Trump abruptly walked out of a meeting with congressional leaders Wednesday after House Speaker Nancy Pelosi rejected his request to fund border wall construction within 30 days.

Some have suggested a DACA-wall compromise. Such a deal would include Democrats agreeing to fund a border wall in exchange for Republicans signing on to protect “dreamers,” undocumented immigrants who were brought to the country by illegal immigrant parents.

If no deal is reached, Trump could possibly act unilaterally. The president has increasingly entertained the idea of declaring a national emergency at the border, an action that would allow him to build the wall without approval from Congress.

“We can call a national emergency and build it very quickly. It’s another way of doing it,” Trump told reporters Jan. 4.