Just a day after International Women’s Day last week, a Dutch internet researcher leaked an open database in China that listed the “BreedReady” status of more than 1.8 million women, according to The Guardian.

Leaked on Twitter by Victor Gevers, the founder of non-profit group GDI.foundation, the database contained “all kinds of details” such as phone numbers, addresses, education, location and ID numbers.

In China, they have a shortage of women. So an organization started to build a database to start registering over 1,8 million women with all kinds of details like phone numbers, addresses, education, location, ID number, marital status, and a ”BreedReady” status? ???? pic.twitter.com/fbRKsbNHPJ

However, the database also included something called a “BreedReady” status for these women, which may be a “poor translation of Chinese terms to describe whether a woman has children or is of child-bearing age,” noted The Guardian. (RELATED: US Has Highest Maternal Mortality Rate In Developed World, One State Cut Its Rate In Half)

All women included in the database, which was taken down on Monday, were single, divorced or widowed. Gevers found the youngest age for a woman of “BreedReady” status was 18 years old and that the youngest age overall was 15. Overall, the average age was 32.

In addition to the information, the database included links that appeared to lead to Facebook pages. The social media platform is blocked in China and can only be used through private networks. Gevers and other researchers have started reaching out to those linked to see if they had registered this information or were aware of the database. (RELATED: 200K Comcast Customers Info Exposed On Dark Web)

“More than this, we don’t have at the moment. Our primary concern is that it gets secured ASAP,” said Gevers to The Guardian.

The discovery of the database comes as China is facing a population shortage and decline that is plaguing the country. After ending their one-child policy in 2015, a Chinese think-tank predicted in a report that an “era of negative population growth is almost here” in which the country’s population will peak at 1.44 billion in 2029. (RELATED: China Rages At US Accusation That It Is ‘At War With Faith’) 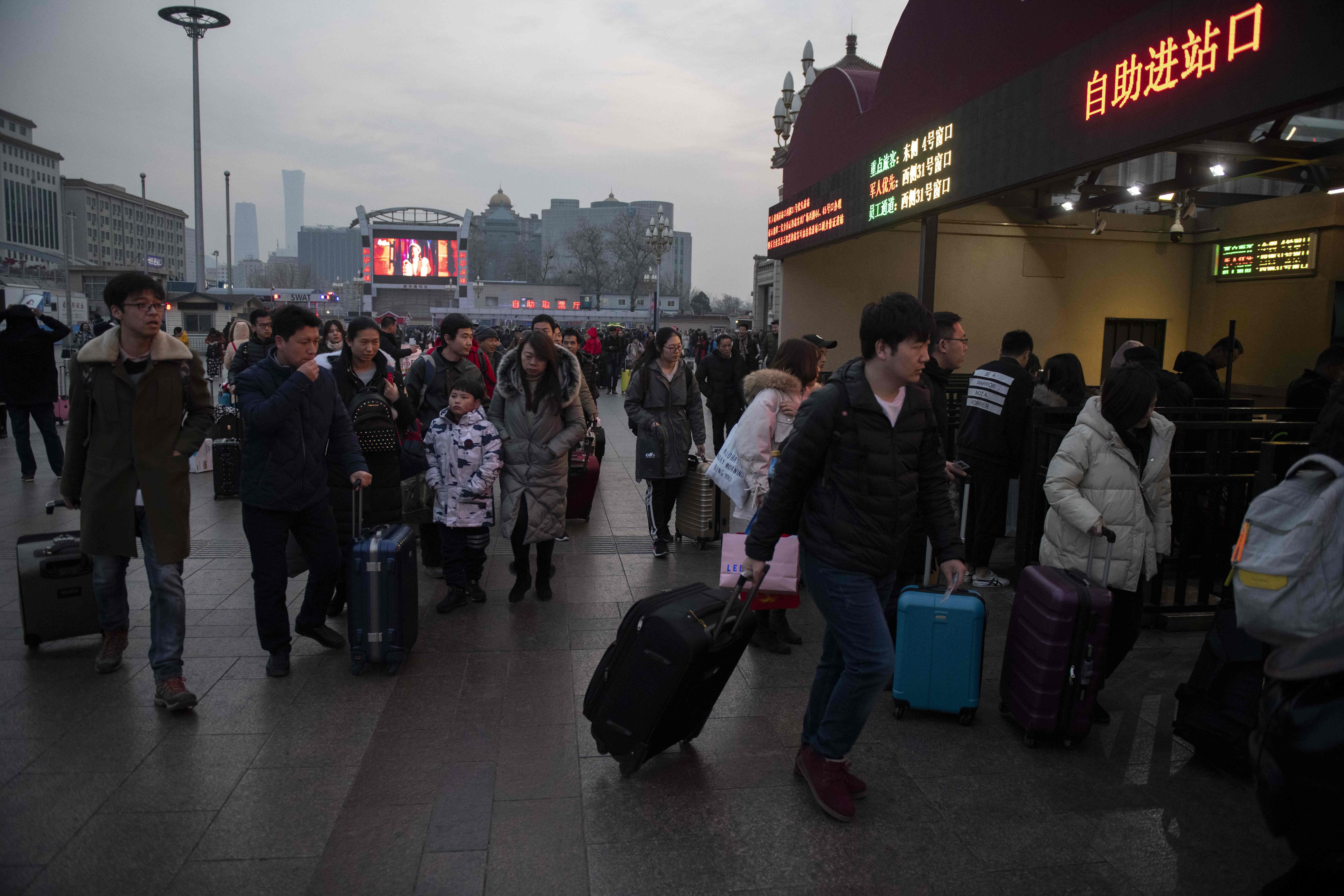 In this photo taken on January 29, 2019, travelers walk to the control gate at the Beijing railway station before taking trains ahead of the Lunar New Year. (NICOLAS ASFOURI/AFP/Getty Images)

“In theory, long-term population decline, especially accompanied with the increasing escalation of aging of population is bound to bring very negative social and economic consequences,” said the report in January.

This is the latest breach in one of China’s many databases, however, it is not the first for Gevers.

In February, the Dutch researcher leaked the information of 2.6 million people held by a Chinese surveillance and technology firm. Similarly to the recent leak, the technology firm gathered ID numbers, birthdays addresses, ethnicities and employers of individuals living in Xinjiang, China that was “fully accessible to everyone.”