MMFA routinely targets the advertisers of Fox News media hosts and digs through decades of media history in an attempt to get conservative pundits and reporters fired from their jobs.

“How many of these people have called for Joy Reid to be fired from MSNBC for her homophobic comments? Or for Rep. Omar to be stripped of her committee assignments for her anti-Semitic comments?” Trump Jr. questioned. “Why would so many people apparently want to live in a world where we allow professional trolls & faux outrage mobs to weaponize statements from a decade ago to get their political enemies fired from their jobs?”

MMFA declined to attack MSNBC host Joy Reid, who repeatedly wrote homophobic comments and peddled conspiracy theories on her personal blog in the 2000s. Reid apologized for some of the posts but also claimed with no evidence that some of them were written by hackers. (RELATED: Joy Reid Keeps Changing Her Story) 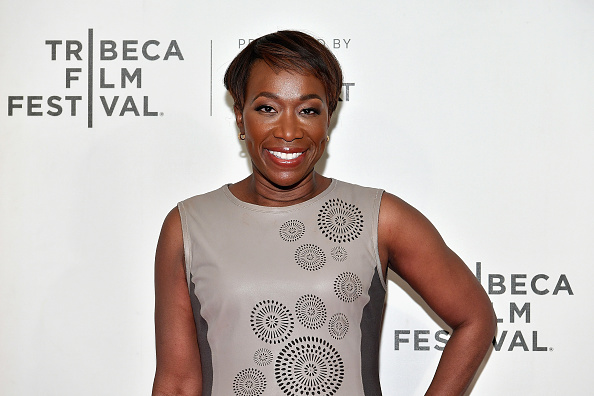 MMFA has similarly refused to comment on old blog posts by its president, Angelo Carusone, that contain derogatory comments toward transgender people and racist remarks.

Ned Ryun, the CEO of American Majority, brought up MMFA’s silence on Joy Reid and its overall partisan agenda.

“Their entire purpose for existence is to take out conservatives in media and politics,” Ryun said. “They’re a partisan hit squad trying to delegitimize and de-platform conservatives … serious-minded people should understand this is political warfare and tell Media Matters to go pound sand.”

Senior Townhall columnist Kurt Schlichter denied that MMFA engages in hypocrisy, instead calling its entire operation a “lie” and a “cheesy grift.”

“It’s all just a cheesy grift where they fake outrage to silence political opponents because they know their own garbage ideology won’t play with Americans,” Schlichter asserted. “Nobody’s fooled. They should go pound sand.”

Carlson, a Daily Caller co-founder, has received significant support from conservative media figures in the face of Media Matters’ attacks. Joe Concha, a media reporter and columnist for The Hill, predicted that the outrage over Carlson’s old comments won’t last long because it “appears selective.”

“I think this story goes nowhere because the outrage appears selective,” Concha told the Caller. “If you’re Media Matters, you can’t omit any coverage of Joy Reid and then in the same breath demand Carlson be removed from the air. Anyone looking at this situation objectively can see that.”