Greenpeace co-founder Patrick Moore fired back at the environmental group he spent years leading over attempts to rewrite the history of their founding.

“This is a case of historical revisionism,” Moore told The Daily Caller News Foundation in an interview.

Greenpeace renewed their years-long feud with Moore, tweeting in response to President Donald Trump’s touting of Moore’s comments on Fox News that the ecologist “was not a co-founder” of the group and called him a “paid lobbyist, not an independent source.” (RELATED: Greenpeace Tries To Erase Inconvenient Co-Founder From History)

However, Greenpeace’s website listed Moore among its “founders and first members” before quietly removing it around 2007. Moore is only listed as a member of the group’s 1971 maiden voyage to oppose nuclear testing. Greenpeace’s revised history also claims that Phil Cotes founded the group in 1970 with Irving Stowe and Jim Bohlen.

Yet, there was never a Phil Cotes. Greenpeace is likely referring to Paul Cote, but he is not listed as a founder on the group’s website despite being mentioned (as Phil Cotes) in the group’s public statements. 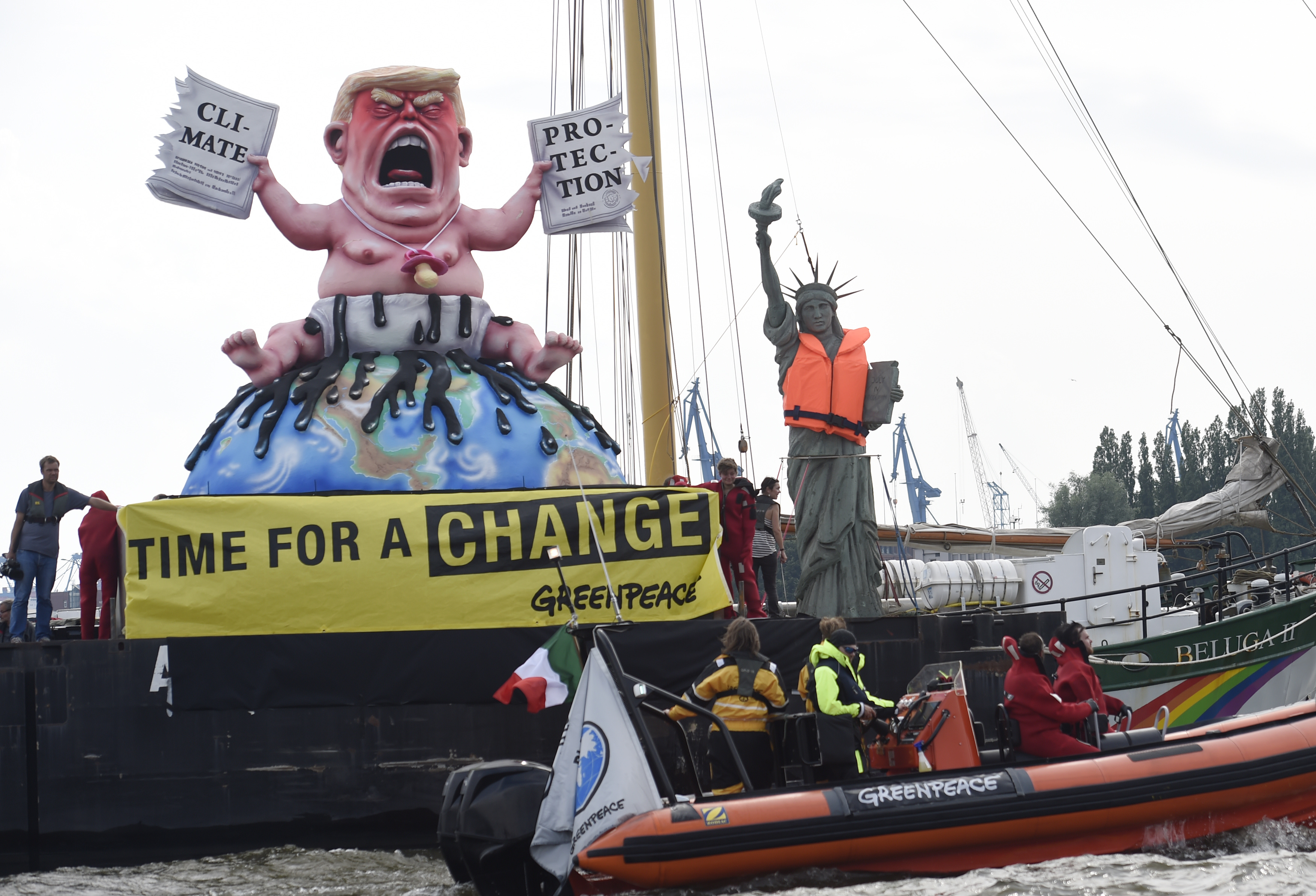 Greenpeace activists stay next to the giant statues depicting U.S. President Donald Trump and Statue of Liberty during the protest at the G20 summit in Hamburg, Germany, July 7, 2017. REUTERS/Fabian Bimmer.

Moore, who left Greenpeace in 1986, called the group “corrupt, decadent and lazy.” Indeed, Greenpeace has been rocked by scandals in recent years, including losing millions in donations speculating on international currency markets.

“I can think of all kinds of words that are worse to describe them,” Moore said. “These guys are floating around on a $32 million boat like a bunch of college kids. Then they always forget to mention it’s powered by an 1,800-horsepower diesel engine.”

Moore said Greenpeace achieved great things while he was there, including restricting whaling and atomic testing, but by the 1980s the group had become too radical. Moore also served as the president of Greenpeace Canada for many years.

“My decision was made in the 1980s. At the time I said very clearly, ‘I’m going to stick with science and logic, you can keep your fear-mongering,'” Moore said. “We did a good job and it’s a shame it got turned into a racket. They should retire.”

Now, Moore is an outspoken opponent of what he calls “fake science” that’s often used by activists to push an anti-energy, alarmist agenda. Moore got into his most recent spat with Greenpeace after publicly criticizing the Green New Deal resolution, which Greenpeace supports. 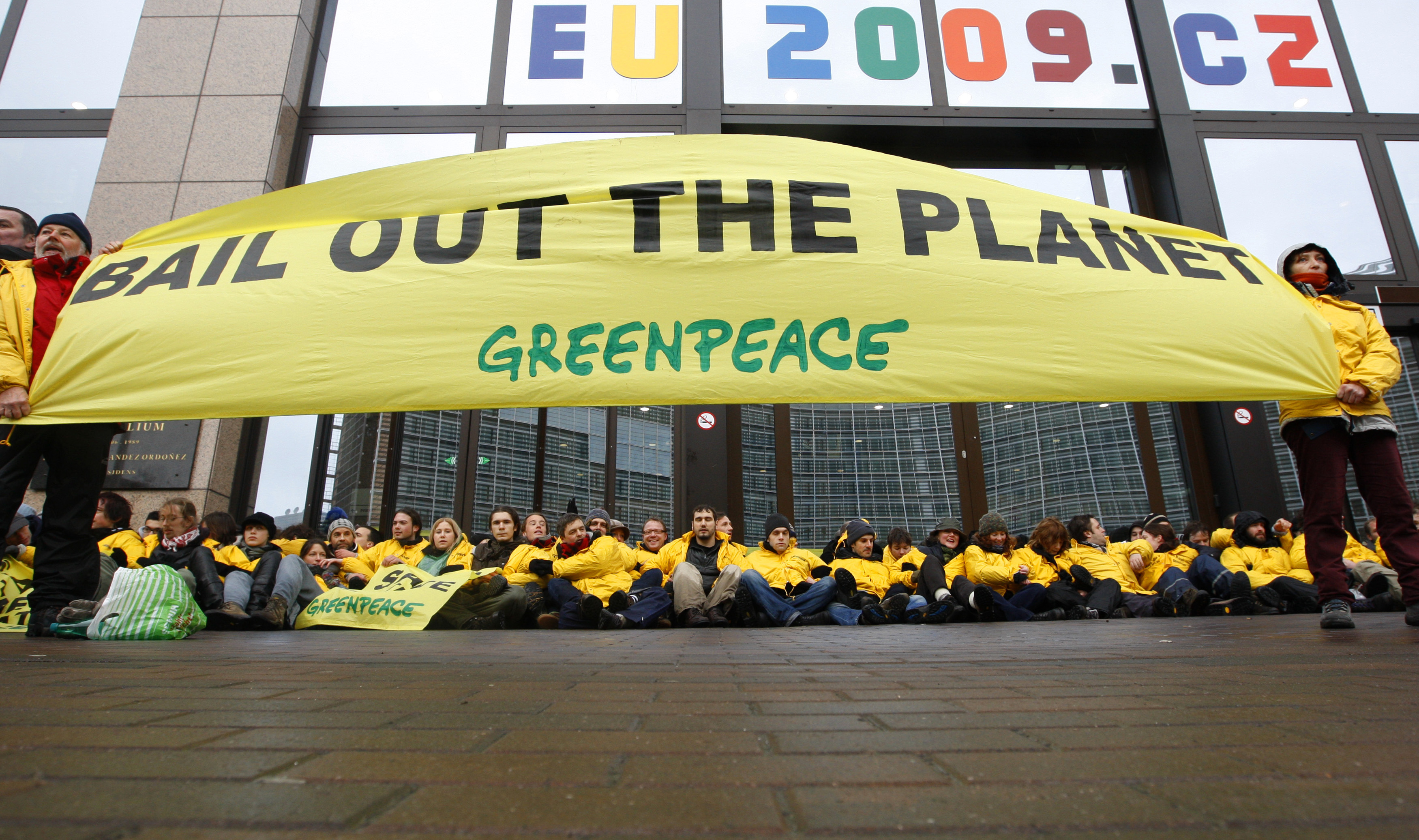 Moore took part in the 1971 voyage aboard a shoddy fishing vessel to protest hydrogen bomb testing in the Aleutian islands. Greenpeace came about in the wake of that journey, which is widely considered the group’s birthday.

Moore said Greenpeace seemed to have no problem with him calling himself a co-founder until he came out in favor of nuclear energy.

The Nuclear Energy Institute launched the “Clean And Safe Energy Coalition” in 2006 with Moore and Christine Todd Whitman, who headed the Environmental Protection Agency under President George W. Bush.

“It was the only position in my 15 years at Greenpeace that I regretted. I made a mistake in conflating nuclear war with nuclear energy,” Moore said. 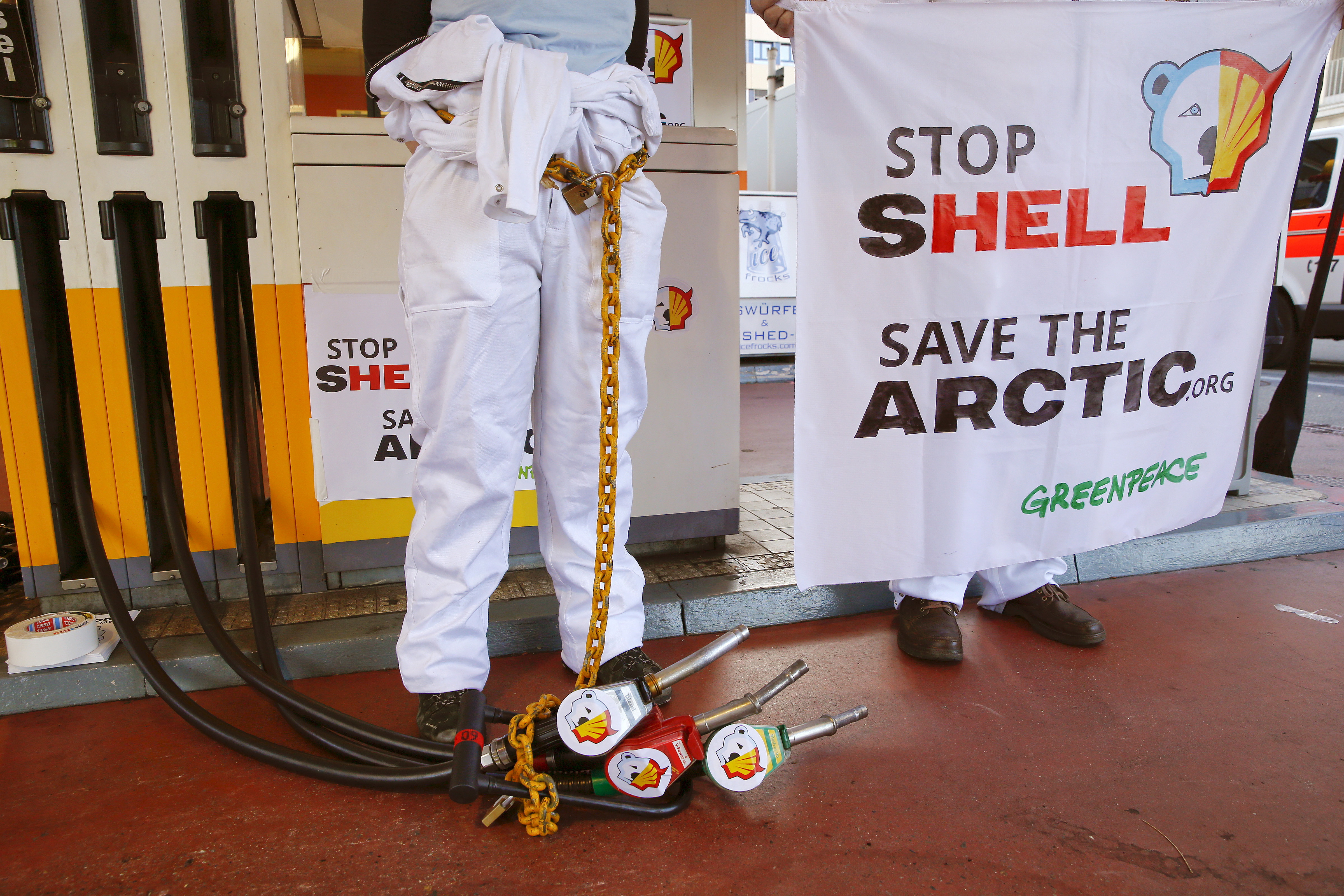 A member of Greenpeace is chained to a gas pump at a Shell gas station during a protest in Zurich, June 30, 2015. Greenpeace demands to stop plans of Royal Dutch Shell to begin drilling for oil in the Arctic of Alaska. REUTERS/Arnd Wiegmann.

Greenpeace opposes nuclear power, calling it “a dangerous and expensive distraction from real solutions to climate change.” Though, some prominent environmentalists have come around on nuclear power because of its emissions-free, baseload power.

Moore also came out as skeptical of catastrophic man-made global warming around the time Greenpeace removed him from their list of “founders and first members.” However, Moore still believes in the original goals he and other activists set out to achieve in the early days of Greenpeace.

“It’s not like I want to go back to the mass slaughtering of whales, H-bomb testing and dumping of toxic waste into rivers,” Moore said.