President Donald Trump announced that he is grounding all Boeing 737 MAX aircraft after a deadly Sunday crash in Ethiopia, during a Wednesday briefing on the southern border.

“Any plane currently in the air will go to its destination and be grounded upon landing until further notice,” he said, adding, “Airlines and pilots have been notified.”

Trump said his emergency order to ground the plane would take place “effective immediately” and that the policy would remain in place until Boeing could provide additional answers.

Prior to Trump’s announcement, dozens of countries grounded the Boeing 737 MAX aircraft from their airspace and investigations are underway. The Ethiopian Airlines crash was eerily similar to an October 2018 Lion Air crash in Indonesia. Both crashes occurred minutes after takeoff, killed all passengers on board, and involved pilots reporting flight control problems before losing control of the specific aircraft. 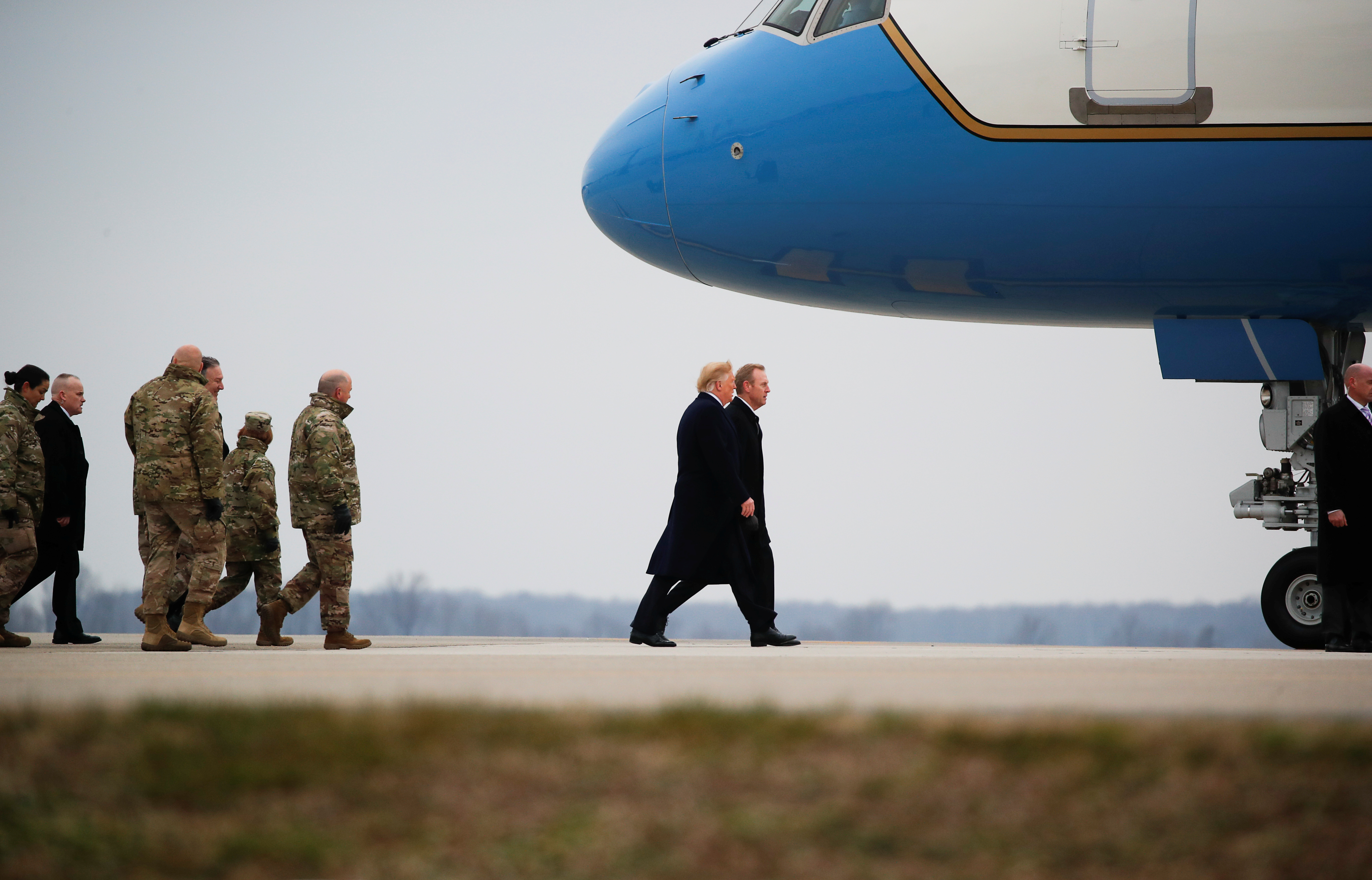 U.S. President Donald Trump walks back to Air Force One with acting Secretary of Defnese Patrick Shanahan after dignified transfer ceremonies for three members of the U.S. military and one civilian employee of the Defense Intelligence Agency killed during a recent attack in Syria, as they prepare to depart Dover Air Force Base, in Dover, Delaware, U.S., January 19, 2019. REUTERS/Carlos Barria

The investigation into the Lion Air crash revealed that pilots were flummoxed by new software in the Boeing aircraft and the automatic flight control systems. Boeing updated its flight control systems after the crash and is standing by the safety of its aircraft. (RELATED: Nearly 190 People Feared Dead After Indonesian Plane Crashes Into The Sea)

Canadian authorities cited a similarity between the Lion Air crash and the Ethiopian crash in their reason for grounding the plane inside their airspace.

Prior to Trump’s announcement, the Federal Aviation Administration and Boeing stood by the flight-worthiness of the aircraft.

Boeing issued a statement saying,”Boeing has been working closely with the Federal Aviation Administration (FAA) on development, planning and certification of the software enhancement, and it will be deployed across the 737 MAX fleet in the coming weeks. The update also incorporates feedback received from our customers.”