The Supreme Court will decide whether it will hear a challenge to a Pennsylvania school district policy that allows transgender students to use locker room and restroom facilities that align with their stated gender identity.

The case joins one of several petitions relating to LGBT issues that are currently pending before the Court’s newly-entrenched conservative majority.

The case arose in the Boyertown Area School District, which is one hour northwest of Philadelphia, when school officials began permitting trans students to use the bathroom and locker room facilities corresponding with their stated gender identity on a case-by-case basis.

That policy change was not announced and has not yet been codified in writing, according to the school district’s legal filing at the high court.

The petitioners are several unnamed high school students who claim the district’s policy violates their privacy rights. One plaintiff, called Joel Doe in court documents, is a male student who objected to changing in a locker room with trans-men. Doe, while partially dressed, encountered a trans-male student changing next to him before gym class. Thereafter, Doe declined to change his clothes for gym class and has since left the school.

Another plaintiff is a female student who was distressed to encounter a trans-woman in the girls bathroom. That plaintiff has since identified herself as Alexis Lightcap and elected to proceed under her own name.

The Alliance Defending Freedom (ADF) represents the student plaintiffs. The ADF is the public interest law practice that successfully represented Christian baker Jack Phillips before the high court in the 2018 Masterpiece Cakeshop case.

The plaintiffs challenged the district policy in federal court, claiming it violates their constitutional right to bodily privacy, Title IX (the federal civil rights in education law), as well as a state tort claim of intrusion upon seclusion.

The district counters that no one is required to share intimate spaces with trans students: The district high school has eight single-user bathrooms — several of which have lockers — for pupils who do not wish to change clothes or use the bathroom with trans people. School officials say those alternative spaces adequately address any privacy concerns and are an appropriate remedy for their compelling interest in non-discrimination.

In their brief opposed the plaintiffs’s petition at the Supreme Court, the district also said decisions about accommodating trans students are best left to schools. (RELATED: Is Chief Justice John Roberts Tacking Left?)

“The decisions as to how to address the rights of transgender students under the myriad of laws that are implicated should be left in the hands of trained, educated and certificated school administrators who know what facilities they have, what students need, and how to grant all students — cisgender and transgender alike — the safe educational environment to which they are rightfully entitled,” their brief reads. 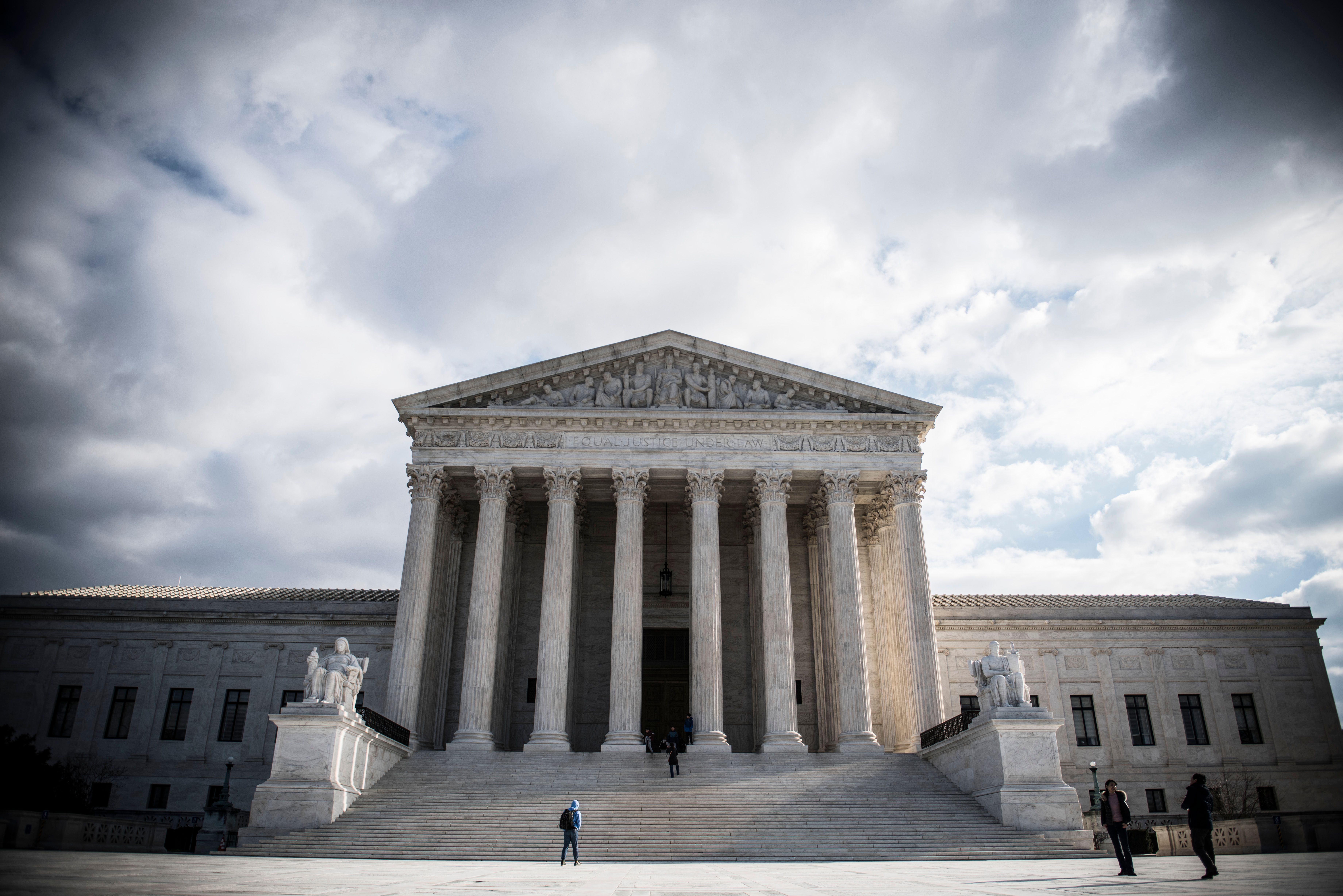 The Supreme Court as seen on Decmeber 24, 2018. (Eric Baradat/AFP/Getty Images)

The plaintiffs sought an injunction barring the school district from enforcing their policy while litigation continues in 2017. U.S. District Judge Edward Smith denied that request. The 3rd U.S. Circuit Court upheld Smith’s decision in 2018, prompting an appeal to the high court. In a rarely-seen move, the 3rd Circuit announced its decision almost two months before issuing a written opinion, citing a desire to resolve the case before several of the students involved graduate.

ADF says the 3rd Circuit impermissibly redefined “sex” to mean the trans-person’s belief about their identity.

“The 3rd Circuit redefined ‘sex’ in the privacy and Title IX contexts as depending solely on a student’s subjective perceptions and feelings,” their petition reads. “Nothing in this Court’s precedents or the plain language of Title IX supports such a redefinition.”

The justices meet privately in conference several times each month to discuss which cases they will take. The Court was initially scheduled to discuss the Boyertown petition on Feb. 22, but has since delayed consideration several times. This might be a sign the justices are attempting to avoid such a politically fraught dispute.

A decision as to whether the Court will hear the case could come as soon as late March.

The Supreme Court previously grappled with a similar dispute. That case arose in Virginia, where the Gloucester County schools refused to comply with Obama-era Education Department guidance providing that public schools should allow students to use the bathroom corresponding to their stated gender identity.

The justices agreed to take that case, but returned it to the lower courts after the Trump administration rescinded the Obama directive.