House Speaker Nancy Pelosi explained to reporters Monday what kind of steps she may consider to lower the federal voting age to 16 years old at a press conference in Ferguson, Missouri.

“We’re obviously collecting thoughts about it. Just because someone has a good idea — any of us — doesn’t mean it’s going to the Floor next,” Pelosi said. “It means you go through the process. You build consensus. You build a crescendo. That’s another club I’m starting: the crescendo club.”

She added, “You have an idea? Let’s see how many people you can convince. Let’s see what the other views are that we can enhance this.” 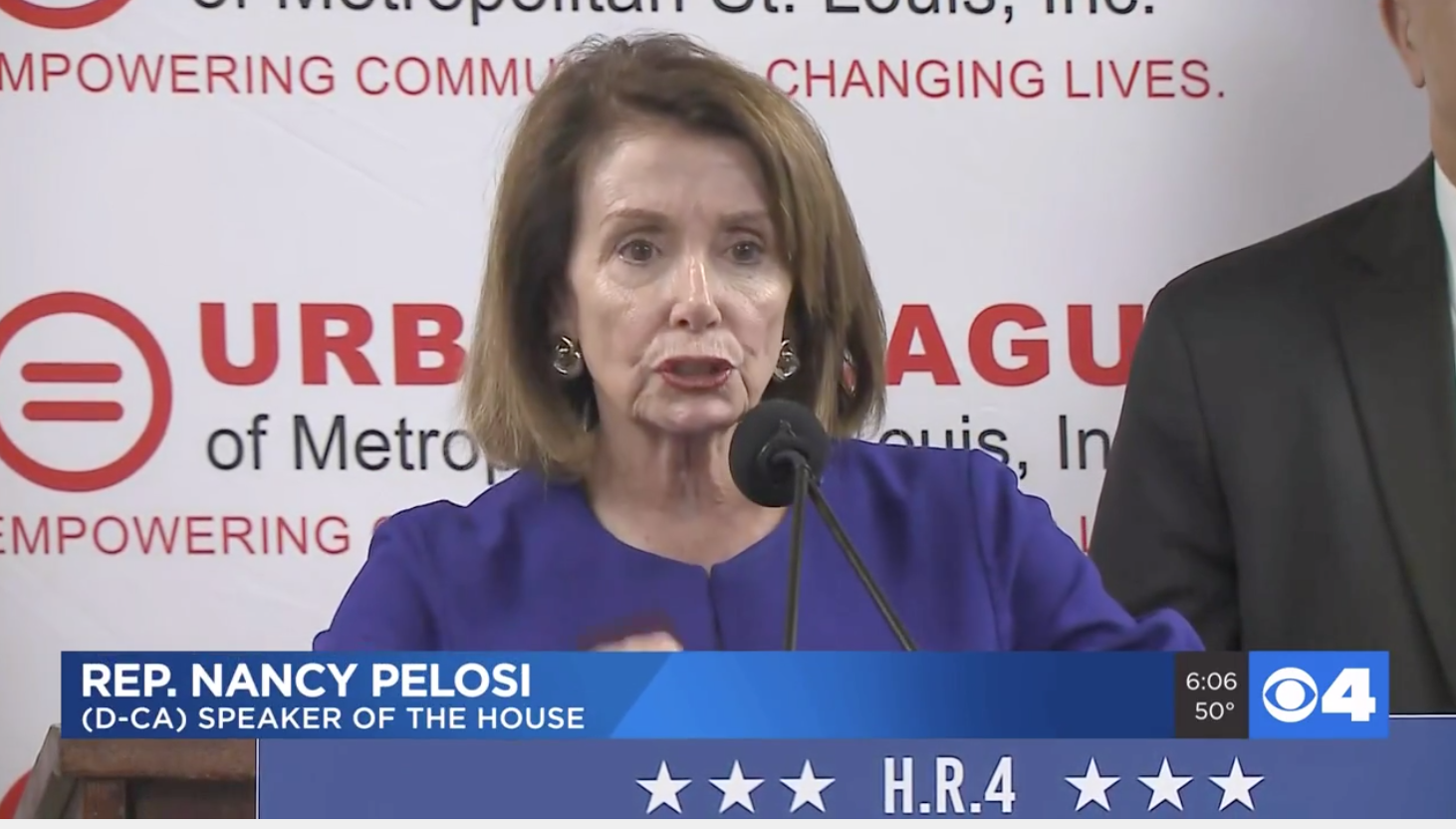 Pelosi, at her weekly presser last Thursday, told The Daily Caller she always supported lowering the voting age. The Democrat-proposed legislation, known as the “For The People Act” (H.R.1), included a debate over a failed amendment intended to lower the voting age to 16 years of age. The amendment was defeated 126-305, but H.R.1 passed.  (RELATED: 125 Democrats And 1 Republican Vote To Lower Voting Age To 16)

“I myself, personally — I’m not speaking for my caucus. I myself have always been for lowering the voting age to 16,” Pelosi said last week. “I think it’s really important to capture kids when they’re in high school, when they’re interested in all of this, when they’re learning about government to be able to vote.” (RELATED: Pelosi Says She Personally Supports Lowering The Voting Age To 16)

The Speaker further elaborated on her thoughts concerning the issue Monday night when she joined Missouri Democratic Rep. Lacy Clay to talk about and take questions about H.R.1, as well as the Voting Rights Advancement Act of 2019 (H.R.4).

“ …. When kids are in high school is really a prime time for them to be aware of civics. Many years ago, when I was in school, civics was a requirement. Then — remember that? Well, you don’t remember that, but you read about it.”

But then, it became an elective, and I don’t know. There were other things kids took instead. So, the point is that when they are in high school, we see such a heightened interest in history and civics and climate and gun safety and you name it. And that would be a time for them to be registered to vote. Now, we want to start something that might say ‘register to register.’  But you’ve got to get them on there because once they leave high school, not all kids go to college. And even if they do, they might not be in that same sense of community that they as high school students can make a big difference. More and more, more and more.

Pelosi previously supported a local effort two years ago in San Francisco known as Proposition F, which would have lowered the voting age for municipal elections, but the measure was defeated.