With the Mueller report expected to drop any day, here is a guide to what the special counsel investigated and how this heavily anticipated document will be released.

Spoiler alert: A lot of questions about the report’s release and its contents have no clear answer. That’s largely a function of the lack of leaks from the special counsel’s office and the stoic approach Mueller has taken during the 22-month investigation.

When will the report be finished?

All signs point to Mueller nearing the very end of the investigation.

Several top prosecutors working on the investigation are leaving the special counsel’s office, including Andrew Weissmann and Zainab Ahmad. Weissmann was the lead prosecutor on Mueller’s case against Paul Manafort, the former Trump campaign chairman who was sentenced to prison on charges related to his work for the Ukrainian government.

The grand jury Mueller used in the investigation has also reportedly not heard from witnesses since Jan. 24, the same day Trump confidant Roger Stone was indicted.

What happens when Mueller finishes the report?

Once Mueller finalizes his report, he is expected to notify Attorney General William Barr. What happens then is up in the air.

Barr could announce that he has received the report, or he could provide portions of it directly to leaders on the House and Senate Judiciary Committees. 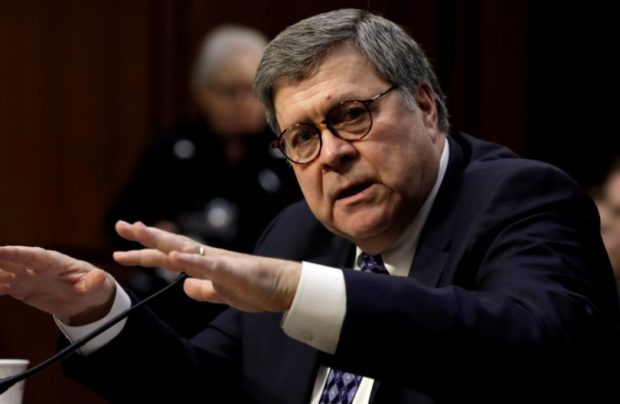 William Barr testifies at a Senate Judiciary Committee hearing on his nomination to be attorney general of the United States on Capitol Hill in Washington, U.S., January 15, 2019. REUTERS/Yuri Gripas

Congressional sources familiar with those committees’ business say they are as in the dark as anyone else about how the process will unfold. Barr could announce he has the Mueller document before or after he informs Congress. He could avoid a public announcement and inform Congress that Mueller concluded the investigation.

What will be in the report?

As with most questions about Mueller’s findings, it is unclear what he will actually say in the document provided to Barr.

Barr testified at his confirmation hearing that under the current statute governing special counsels, Mueller will be required to provide a summary of his findings to the Justice Department along with a rationale for any decisions to decline specific prosecutions.

Deputy Attorney General Rod Rosenstein, who oversaw the investigation since its inception May 17, 2017, recently laid out what information Barr is legally required to share with Congress.

“If the special counsel proposes to take an action and is overruled by the attorney general … we’re required to report that to the Congress,” he said at an event Feb. 25.

The report might also be hindered by legal restrictions against indicting sitting presidents. But Mueller could, if he sees fit, suggest areas where Trump could face impeachment proceedings.

What will the public see?

Barr could release as much of the report as he wants, but he is first expected to write a summary of Mueller’s findings.

Whatever documents are eventually made public are likely to contain redactions for classified information. It is also unlikely that the report will contain any information gleaned from grand jury testimony.

Legal observers cautioned the public against expecting Mueller to lay out all of the details of his investigation. But they also said it is unlikely Mueller and Barr can completely avoid explaining whether or not Trump colluded with Russia or obstructed justice.

Congressional Democrats vowed to subpoena the report if Barr withholds it. House Intelligence Committee Chairman Adam Schiff also pledged to subpoena Mueller if details of the report are withheld from Congress.

What will Trump do?

The answer to that question likely hinges on what the report says.

Trump has given mixed signals about how he will handle Mueller’s findings. He said Wednesday that the public should see the document, but he added that he would like to review it beforehand.

“Let it come out. Let people see it,” he said, before adding that the final decision is up to Barr.

The Republican has long decried the Mueller probe as a “witch hunt.”

What has Mueller investigated?

After Comey’s firing, FBI Deputy Director Andrew McCabe expanded the probe to include Trump himself. McCabe ordered an investigation into whether Trump himself was a Russian agent as well as whether he obstructed justice by firing Comey. 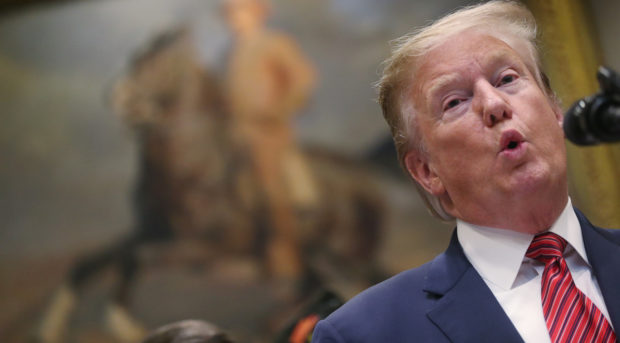 U.S. President Donald Trump speaks during a ceremony to sign an executive order on veterans suicide prevention in the Roosevelt Room at the White House in Washington, U.S., March 5, 2019. REUTERS/Jonathan Ernst

Mueller’s investigation has expanded in numerous directions since its beginning.

He indicted or secured guilty pleas from 34 individuals, including six Trump associates. But so far, none of the indictments have involved coordination between Trump associates and Russians.

Manafort was sentenced to seven-and-a-half years in prison on a variety of charges related to his consulting work in Ukraine.

Mueller also secured guilty pleas from Alex van der Zwaan and Richard Pinedo, both of whom appear to have no direct links to Trump. Konstantin Kilimnik, a Manafort business partner suspected of having links to Russian intelligence, was also indicted on witness tampering charges.

Has Mueller found any evidence of collusion?

Most of what Mueller has found in his investigation remains secret, but some clues have come out through the numerous indictments and guilty pleas secured during the probe.

And so far, none of those cases revealed evidence that members of the Trump campaign conspired or coordinated with Russians to influence the outcome of the 2016 election.

The source of the collusion conspiracy theory — the Steele dossier — has come under intense scrutiny since it was published in January 2017.

The dossier, which was funded by the Clinton campaign and Russian government, accused Page, Cohen and Manafort of conspiring with Kremlin officials to influence the election. The dossier also alleged that the Russian government was blackmailing Trump with video of him with prostitutes in Moscow in 2013.

Circumstantial evidence has cut against the Steele dossier. Page has appeared before Mueller’s grand jury, but has not been charged with any crimes. Prosecutors have never accused Manafort of conspiring with Russia, even though he has already been sentenced in two cases brought by Mueller’s team.

Cohen, who is a cooperating witness for Mueller, undercut the dossier’s most specific allegation about collusion during congressional testimony in February.

The former Trump fixer testified under oath Feb. 27 that he has never visited Prague. The dossier claims Cohen visited there in August 2016 to meet with Kremlin officials to discuss paying off Russian hackers.

Are more indictments on the way?

This is another question that remains to be seen. Trump critics have held out hope that Mueller will issue a barrage of indictments against Trump family members like Donald Trump Jr. and Jared Kushner just as he submits his report to the Justice Department.

Mueller has investigated a variety of areas that have so far not resulted in indictments. Mueller’s prosecutors also offered a plea deal to Jerome Corsi, a conspiracy theorist who was in close contact with Stone during the 2016 campaign. Corsi has said Mueller believes he might have had contact during the campaign with WikiLeaks, the group that published emails stolen from Democrats.

Mueller’s grand jury heard testimony from Corsi’s stepson on the same day the indictment against Stone was handed down.