Carlson opened Wednesday night’s edition of his show with a “story about collusion, actual collusion that’s currently” taking place “in the open on live television.”

“This is a story about where your news comes from,” he said.

Following the release of the Mueller report and the consequent demise of the Russian collusion conspiracy theory, the Democratic Party and the liberal media found themselves in an “apocalyptic” situation, Carlson contended.

“Viewers of liberal media outlets didn’t want to hear anything about it,” he said before detailing the shocking decline in viewership at CNN, whose 8 p.m. show “lost nearly 50 percent of its viewers.”

“Something had to be done,” Carlson said. “So into this disaster stepped the Speaker of the House, Nancy Pelosi. On Monday, just hours after the collusion story collapsed, Pelosi announced that the Democratic Party would be switching gears. Going forward, Democrats would focus intently on health care, just like she disingenuously claimed they always have.”

Carlson then played a CNN clip of a reporter asking if Republicans helped shift the “focus” to health care and Pelosi saying she hopes “the press focuses on these issues.” 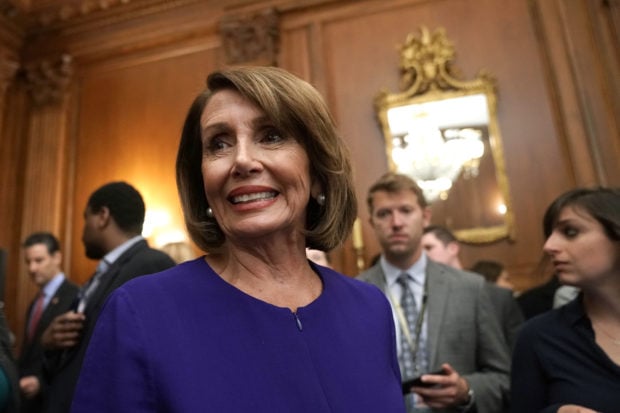 “And she didn’t have to ask twice,” Tucker said. “At CNN they were paying close attention to every word Pelosi uttered. To Jeff Zucker and the anchors who work with him, Pelosi isn’t just a politician, she is the leader of the party. Their party. The party under whose banner Zucker has said he may someday run for office. When America’s most powerful Democrat speaks, CNN listens with pen in hand. These are marching orders.”

The Fox News host then played a clip from CNN’s Chris Cuomo to prove his point.

“Every single show on CNN’s morning lineup all through the day regurgitated Pelosi’s talking points to the word about health care,” said Carlson. “Republicans will make you sick. Only Democrats will make you well. Every single show made that point. If you were stuck in the airport, it was like living in North Korea: a speaker bolted to the wall above your head blaring an endless loop of propaganda you can’t turn off.”

“What does that tell you?” Tucker asked rhetorically after playing several clips. “It tells you where your news comes from. Democratic officials pick the topic and the story line. Their servants in cable news dutifully repeat it to the word all day long. CNN is not a news outlet, it’s a super PAC. It’s running unregulated campaign ads 24 hours a day. Somebody ought to call the FEC about it.”