The Sri Lankan government publicly destroyed 1,700 pounds of cocaine and announced the implementation of the death penalty Monday in an effort to deter drug smugglers from entering the country.

The cocaine, which was confiscated by police and customs officials in 2016 and 2017, was first liquefied by police officers and then packed into more than two dozen sacks at a warehouse outside the nation’s capital of Colombo. The 770 kilograms of illegal drugs were then publicly burned in a cement kiln, according to the Associated Press.

Similarly, authorities destroyed more than 2,000 pounds of cocaine, which was worth $1o8 million, at an event last year. (RELATED: $77M Worth Of Cocaine Seized In New York In Crates From New York) 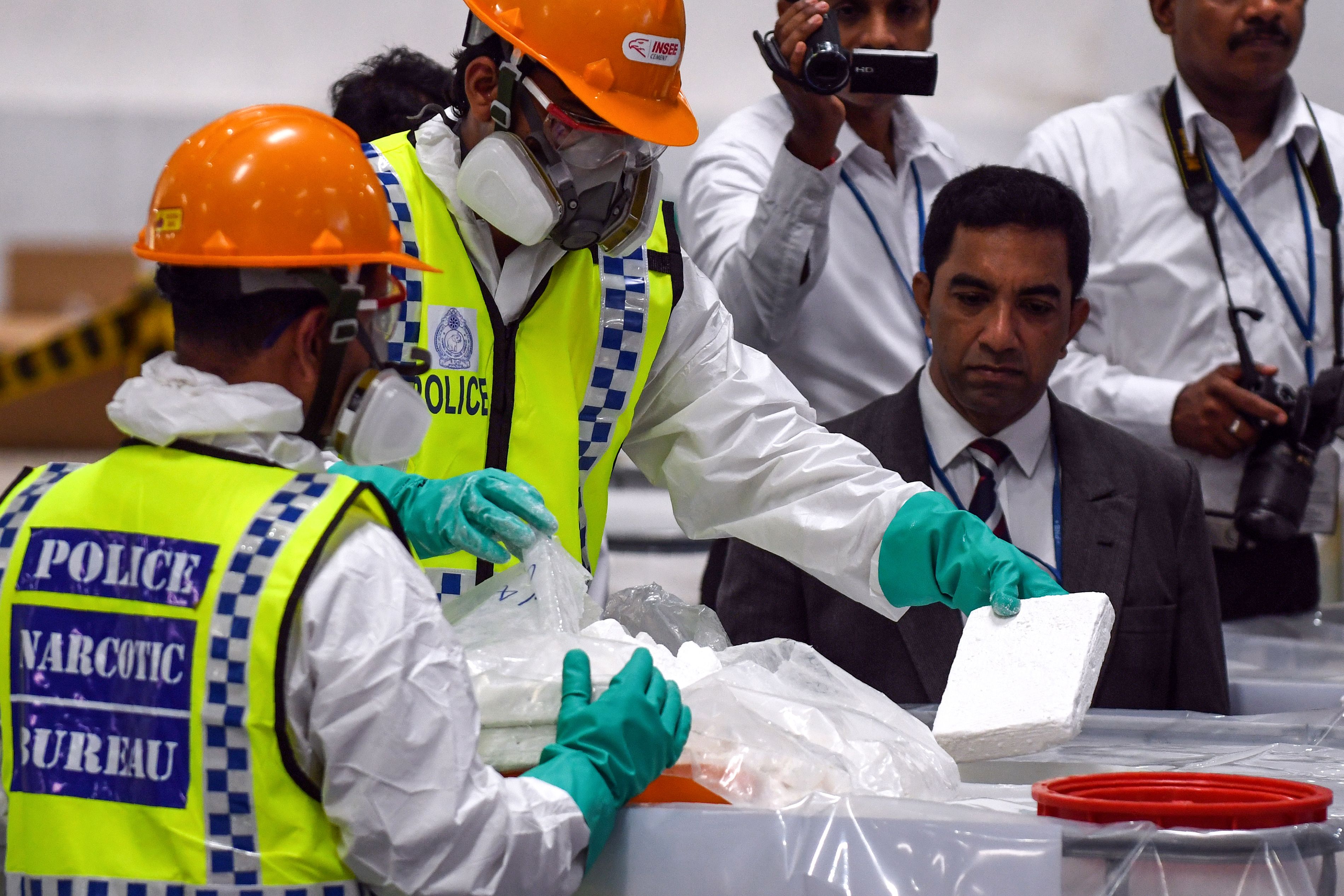 Sri Lankan police personnel prepare seized cocaine to be destroyed under judicial supervision at a suburb of Colombo on April 1, 2019. (LAKRUWAN WANNIARACHCHI/AFP/Getty Images)

Lying in the Indian Ocean, the South Asian island country has become a pivotal transit point for drugs wanting to reach the rest of the region.

In even further efforts to crack down on the narcotics trade, President Maitheripala Sirisena reinforced the country’s decision to enforce the death penalty and executions.

“To curb the illegal drug menace, it is necessary to implement the death penalty,” said Sirisena.

Noting that the suspension of capital punishment has led to an increase in crime and the drug trade, Sirisena confirmed that a list of prisoners and dates for executions are set for the “coming days.” (RELATED: Charlottesville Rally Killer Pleads Guilty, Escapes Death Penalty) 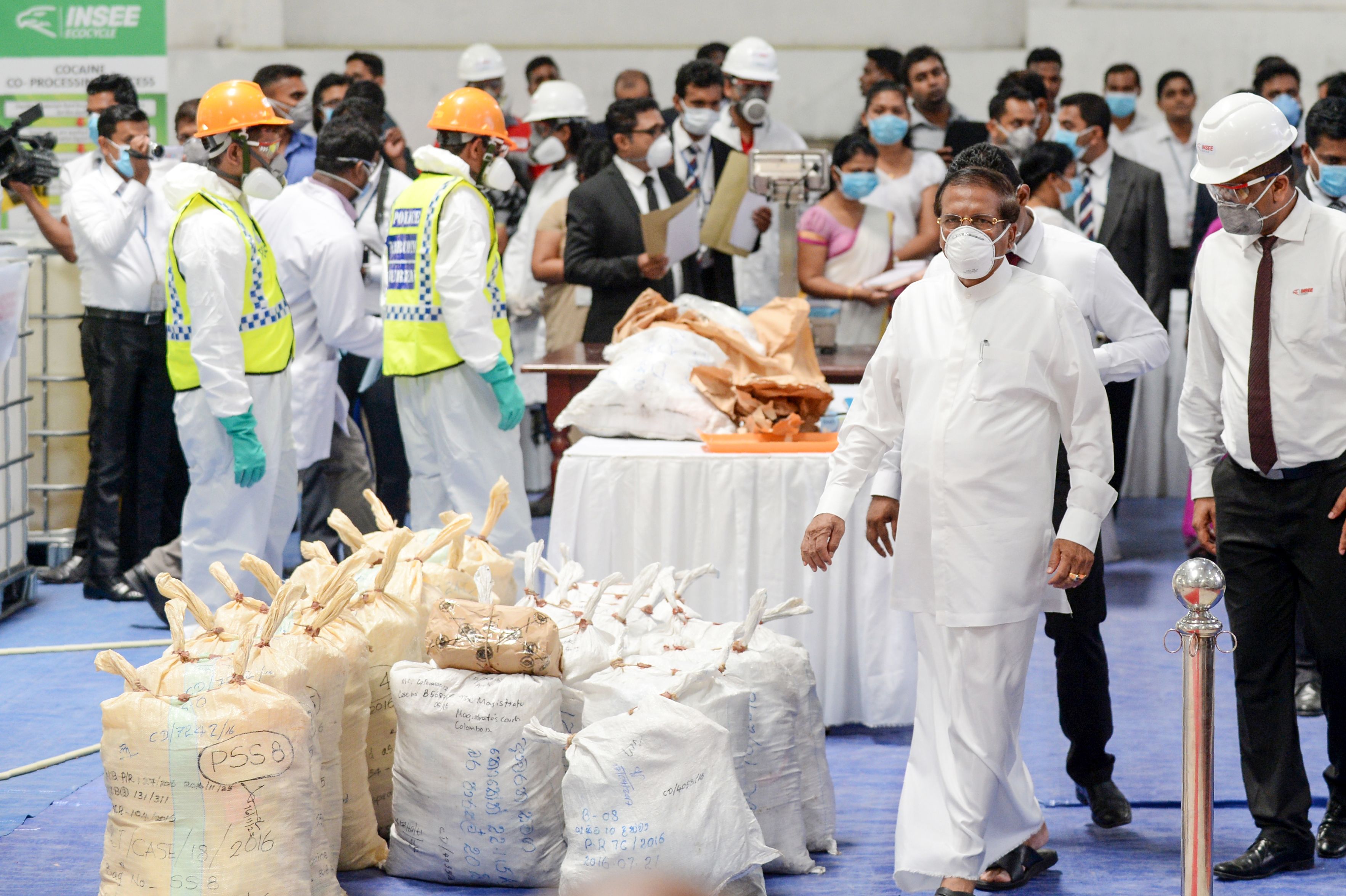 “The death penalty will be implemented in the coming days,” said Sirisena. “The list has been prepared and we have decided on the date, too.”

Sri Lanka has held an execution since 1976 and currently has 1,299 prisoners on death row, of which 48 are convicted of drug offenses. Drug-related arrests rose to 81,156 in 2017, which was a two percent increase from the previous year. (RELATED: Judge Clears 10 Men Of Guilty Convictions After Chicago Police Officer Framed Over 60 In Drug Scandal)

Overall, police have seized 1,608 pounds of heroin, 2.2 pounds of cocaine and 3,535 pounds of marijuana so far this year.