The total number of workers claiming unemployment insurance fell to the lowest level in 50 years, the Department of Labor reported Thursday.

The number of applications claiming unemployment insurance benefits dropped by 10,000, bringing the number of applicants to 202,000, the lowest recorded number since Dec. 6, 1969, when the U.S. workforce and population were much smaller than they are today, the Department of Labor (DOL) report said.

The number is a positive sign for the economy as it implies fewer people are unemployed in the U.S. 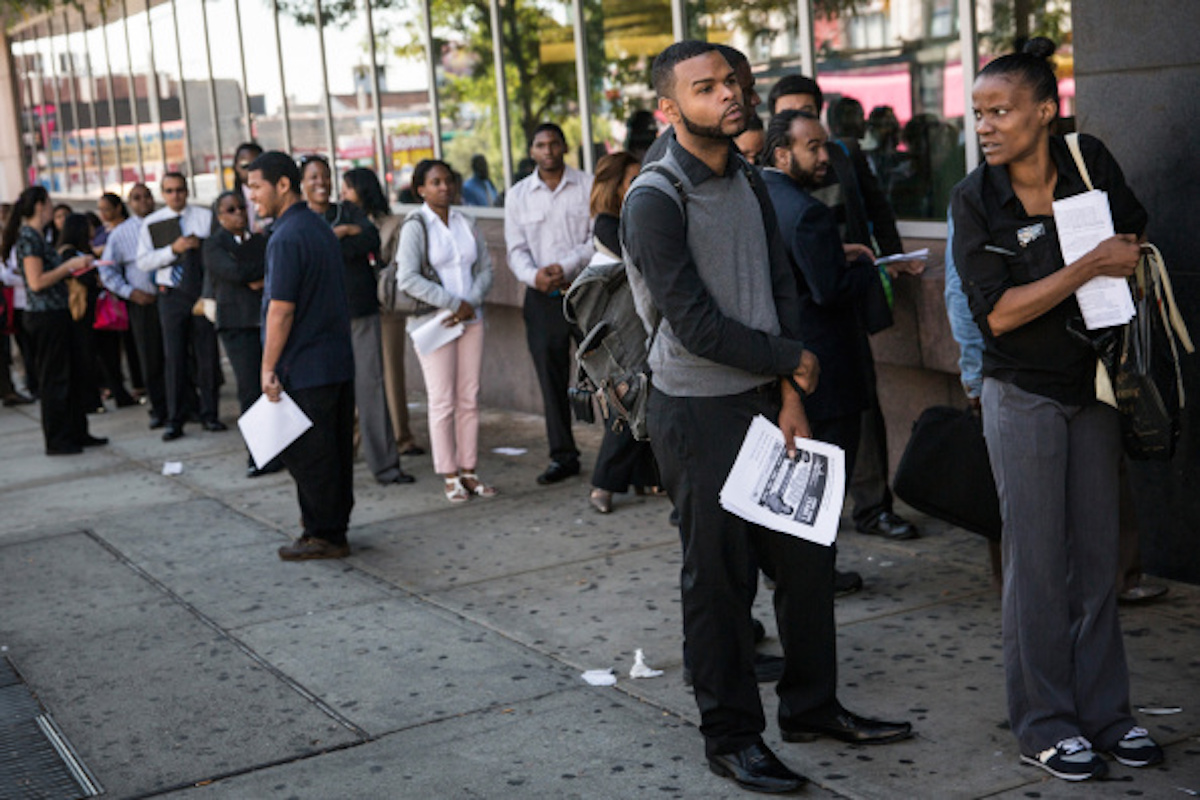 People wait in line outside to attend a jobs fair at the Bronx Public Library on September 17, 2014 in the Bronx Borough of New York City. (Photo by Andrew Burton/Getty Images)

The total number of people claiming unemployment benefits in the U.S. has continued to decline since President Donald Trump took office. (RELATED: Unemployment Claims Drop To Lowest Number In 45 years)

Unemployment benefits are available for up to 26 weeks in most states and pay eligible workers up to $450 per week.