Democratic presidential candidate Beto O’Rourke is a wealthy man, and he has his family to thank for that.

Beto and his wife, Amy Sanders O’Rourke, together own assets worth between $2.4 million and $11.3 million, according to an analysis of O’Rourke’s most recent congressional financial disclosure by The Daily Caller New Foundation.

The majority of Beto’s wealth came through his parents and wife, public records show.

Amy has a trust fund worth between $1 million and $5 million, Beto’s financial disclosures show. Beto’s most valuable personal asset, independent of his wife’s wealth, is a commercial property also valued between $1 million and $5 million, according to his most recent financial disclosure. (RELATED: Beto O’Rourke Denies Trying To Flee Scene Of Drunken Car Crash, Challenging Police Reports)

The commercial property, an El Paso strip mall called PepperTree Square, is home to two restaurants, a tennis shop and a hair salon, among other tenants.

O’Rourke’s mother, Melissa O’Rourke, gave Beto his share of the property in 2012, according to his financial disclosures.

O’Rourke’s most recent financial disclosure, filed in February, reported between $100,001 and $1 million in income from PepperTree rent in 2018.

O’Rourke held a campaign meet-and-greet at Literarity Books, one of Peppertree’s tenants, in December 2017. Literarity posted a Facebook video that shows Beto fans milling about the quaint bookstore. 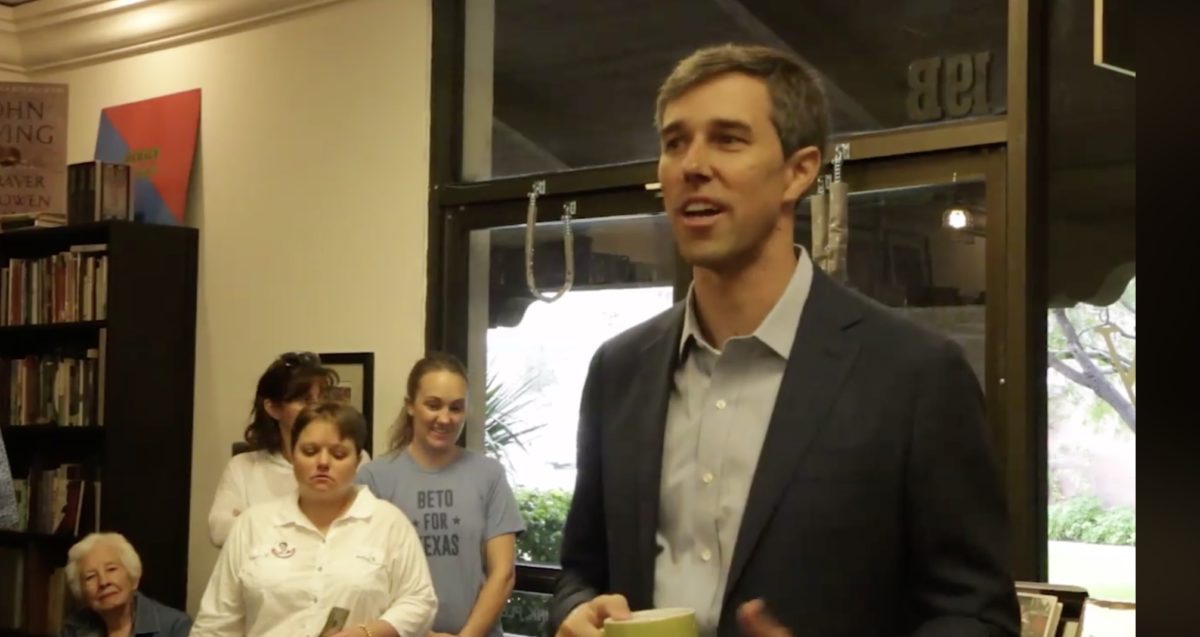 The furniture store allegedly received more than $630,000 in cash from “a particular customer,” but divided it up into increments less than $10,000 to avoid IRS reporting requirements, according to court documents reviewed by TheDCNF.

The identity of that customer remains unknown. O’Rourke family friends “said it was a simple matter of wealthy Mexican customers paying in cash,” according to Vanity Fair.

In February 2017, a month before launching his Senate campaign, O’Rourke offloaded an apartment complex that he co-owned with his mother. He sold the complex to longtime family friend and campaign donor Patricia Rogers, public records show.

O’Rourke and his mother became co-owners of the building following the death of his father, former El Paso County Judge Pat O’Rourke, in 2001.

Beto valued the property between one and five million dollars in his congressional financial disclosures. The property is a 10-minute drive from the Bridge of the Americas port of entry connecting El Paso and the Mexican city of Juarez.

TheDCNF’s reporter spent two nights at one of the complex’s 18 units, rented through Airbnb.

The complex needed interior work and lacked security features, such as the several cameras that now encircle the building, the building’s current property manager told TheDCNF. He declined to make Rogers available for an interview.

O’Rourke took out a $1.2 million mortgage on the apartment complex in 2012, which he paid off in full by March 2017, public records show.

O’Rourke reported between $100,001 and $1 million in capital gains (profits) from the February 2017 sale in his congressional financial disclosures.

It remains unclear exactly how much Beto received for the apartment complex. In the phone call, the property manager said Rogers instructed him to not disclose the amount to TheDCNF.

When first asked about the deal by the Free Beacon in April 2017, O’Rourke acknowledged that he had known Rogers “since we were kids,” but said their relationship had no bearing on the deal, which he described as mutually profitable.

O’Rourke later downplayed the sale’s profits, telling the Associated Press in October 2018 that most of the money went towards renovation and paying off the mortgage.

“What Amy and I took from that, it was maybe in the tens of thousands of dollars,” he told the AP. “It was not a money-making proposition for us,” he said. 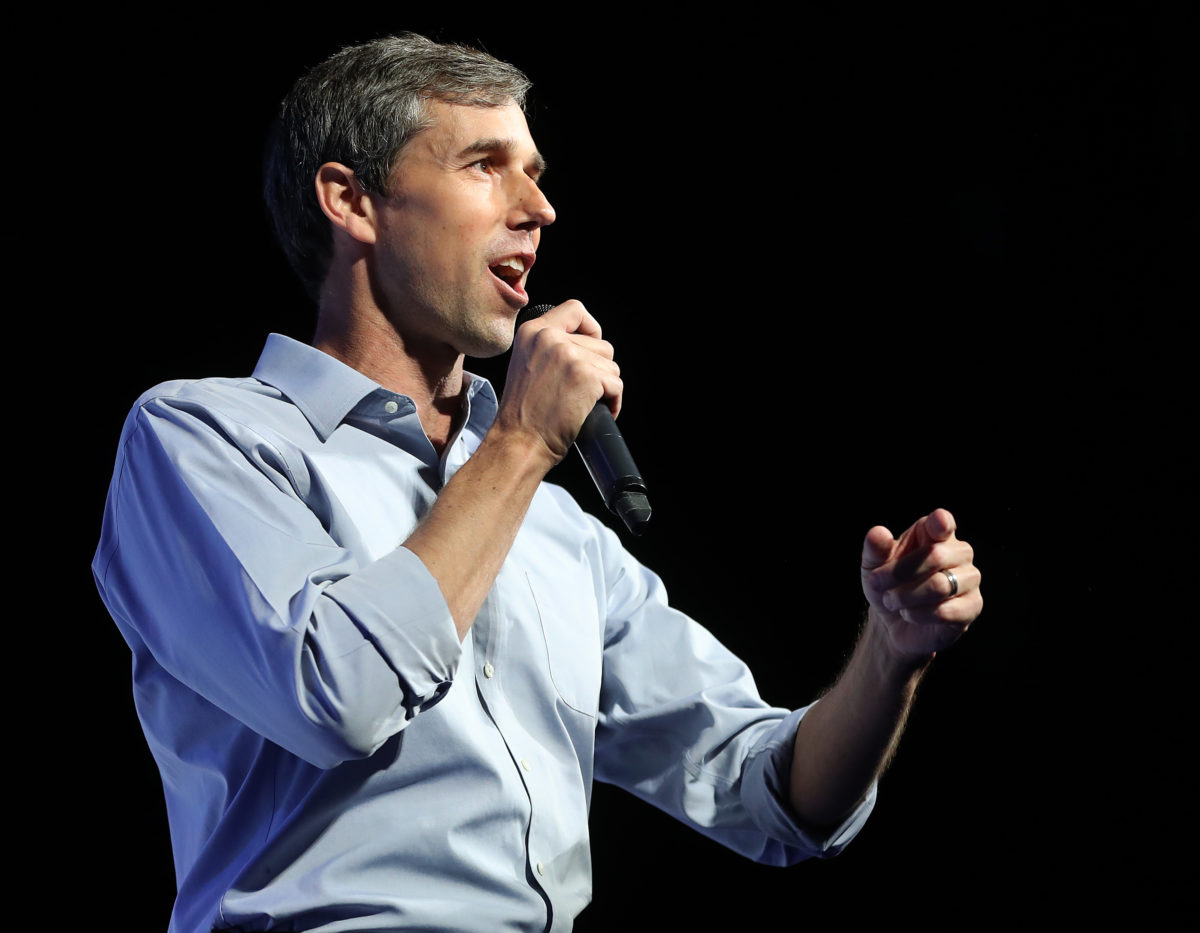 Democratic presidential candidate former Rep. Beto O’Rourke speaks during the “We the People” summit featuring 2020 presidential candidates, at the Warner Theatre on April 1, 2019 in Washington, DC. The summit is hosted by The Center for Popular Democracy Action, Planned Parenthood, Sierra Club and the Communications Workers of America. (Photo by Mark Wilson/Getty Images)

Beto’s Campaign Deal With His And His Wife’s Company

O’Rourke turned his political campaigns into another family revenue stream. He paid roughly $110,000 in campaign funds to a web development company while either he or his wife owned it, public records show.

Either O’Rourke or his wife owned Stanton Street, a small web development firm that Beto O’Rourke founded in 1998, during the vast majority of those payments. Such payments are legal so long as the campaign is charged for the actual cost of the services, but ethics watchdogs have criticized the practice as a form of self-dealing.

Stanton Street declined to make Wancho available for an interview, but Wancho agreed to answer questions via email.

Wancho said he thought there wasn’t anything unethical about a candidate directing campaign funds to a business they own.

“What would be out-of-bounds is if the candidate abused the process and over-paid for goods and services just to enrich themself or their family,” he told TheDCNF. “I expect the combination of campaign expenditure reporting and investigative journalism to work together to root out the situations where the candidate is abusing the system.”

Beto’s presidential campaign, his first campaign since Amy O’Rourke sold the company, is not using Stanton Street, according to Wancho.

Beto for America, his 2020 campaign, acknowledged receiving an inquiry from TheDCNF for this story, but declined to comment.