The U.S. 9th Circuit Court of Appeals in San Francisco ruled against President Donald Trump on Thursday, affirming that California’s sanctuary city statutes do not conflict with federal immigration laws.

The case began in March 2018 when the Department of Justice (DOJ) filed a lawsuit against three of California’s laws regarding immigration, saying the state’s sanctuary rules violate U.S. constitutional law.

“CA will not be complicit in the Trump Administration’s attacks on immigrants.”

San Francisco’s 9th Circuit ruled that two of the three California sanctuary laws challenged by the DOJ (AB 450 and SB 54) do not violate federal law. “California has the right, pursuant to the anti-commandeering rule, to refrain from assisting with federal efforts,” the ruling reads.

It continues, in part, “The district court concluded that the United States was unlikely to succeed on the merits of many of its claims, and so denied in large part the motion for a preliminary injunction.”

The court did reverse the law that requires the examination of detention centers (AB 103) because it “discriminates against and impermissibly burdens the federal government, and so is unlawful under the doctrine of intergovernmental immunity.”

This court decision comes just six days after the 9th Circuit temporarily lifted a suspension on the Migrant Protection Protocols, a Trump administration policy that requires immigrants seeking asylum in the United States to remain in Mexico while they wait to appear in U.S. immigration court hearings. 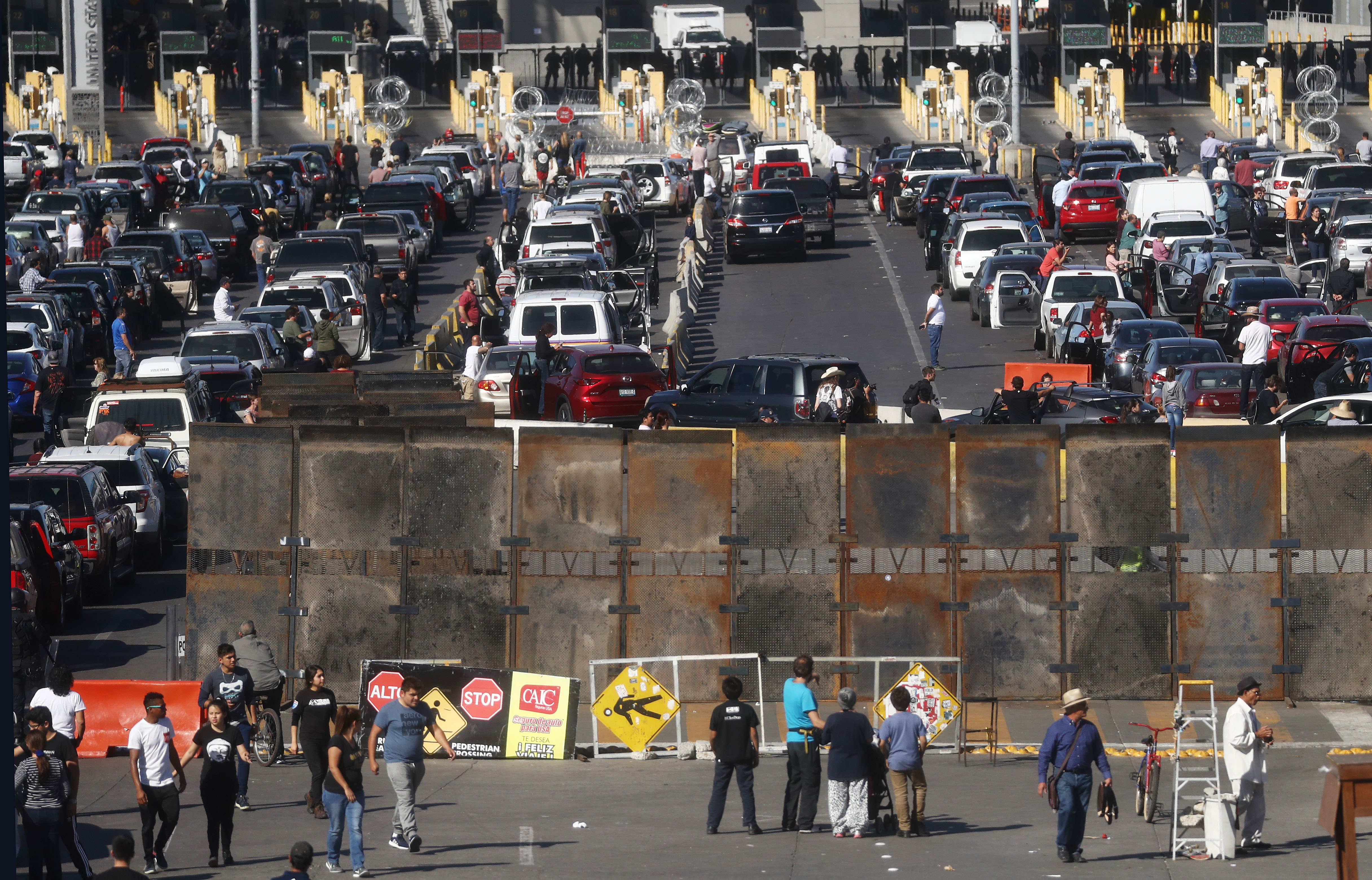 People attempting to cross in the U.S. look on as the San Ysidro port of entry … (Photo by Mario Tama/Getty Images)

U.S. Customs and Border Protection have called the influx of migrants who are seeking asylum arriving in the United States from Mexico a “crisis“: “CBP is facing an unprecedented humanitarian and border security crisis all along our Southwest Border.”

Ports of entry across the southern United States in counties such as El Paso, Texas and Yuma, Arizona, are being closed because immigration officials cannot keep up with the record-breaking amount of people seeking asylum from Central America. Otero, New Mexico, declared a state of emergency Wednesday after checkpoints were closed “to assist with the processing of these aliens,” a CBP statement read.

Trump has threatened to send illegal immigrants to sanctuary cities as a solution to the crisis, saying in a tweet, “The [United States] has the absolute legal right to have apprehended illegal immigrants transferred to Sanctuary Cities. We hereby demand that they be taken care of at the highest level, especially by the State of California…”