Police in London have arrested more than 750 environmental activists protesting across the city in the past week in the lead up to Earth Day on April 22, Reuters reported.

The protesters have gathered at some of the city’s most famous landmarks, such as the Marble Arch and Waterloo Bridge, disrupting traffic and businesses. The activists are pushing London Mayor Sadiq Khan and the British government to adopt more anti-carbon emissions policies, according to The Guardian.

Most of the disruption to the city has come from protesters gathering outside their designated protest zone at the Marble Arch. Activists converged upon the Oxford Circus shopping district where police have worked to tear down blockages and signs set up by the activists, Reuters reported. (RELATED: Traffic Jams, Mass Arrests, Piles Of Litter: Five Days Of Climate Change Protests Rock London)

“The demonstration has had an impact on the police and Londoners in general. Lots of people have had miserable disruption to their lives,” Metropolitan Police Commissioner Cressida Dick told Sky News.

“I have never — I’ve been a police officer for 36 years — I have never known an operation, a single operation, in which over 700 people have been arrested,” Dick said.

The protests, led by a group called the “Extinction Rebellion,” have forced Metro police officers to work 12-hour shifts. Many officers have had to cancel leave over Easter to monitor the hundreds of activists that keep marching into other parts of the city to cause chaos. 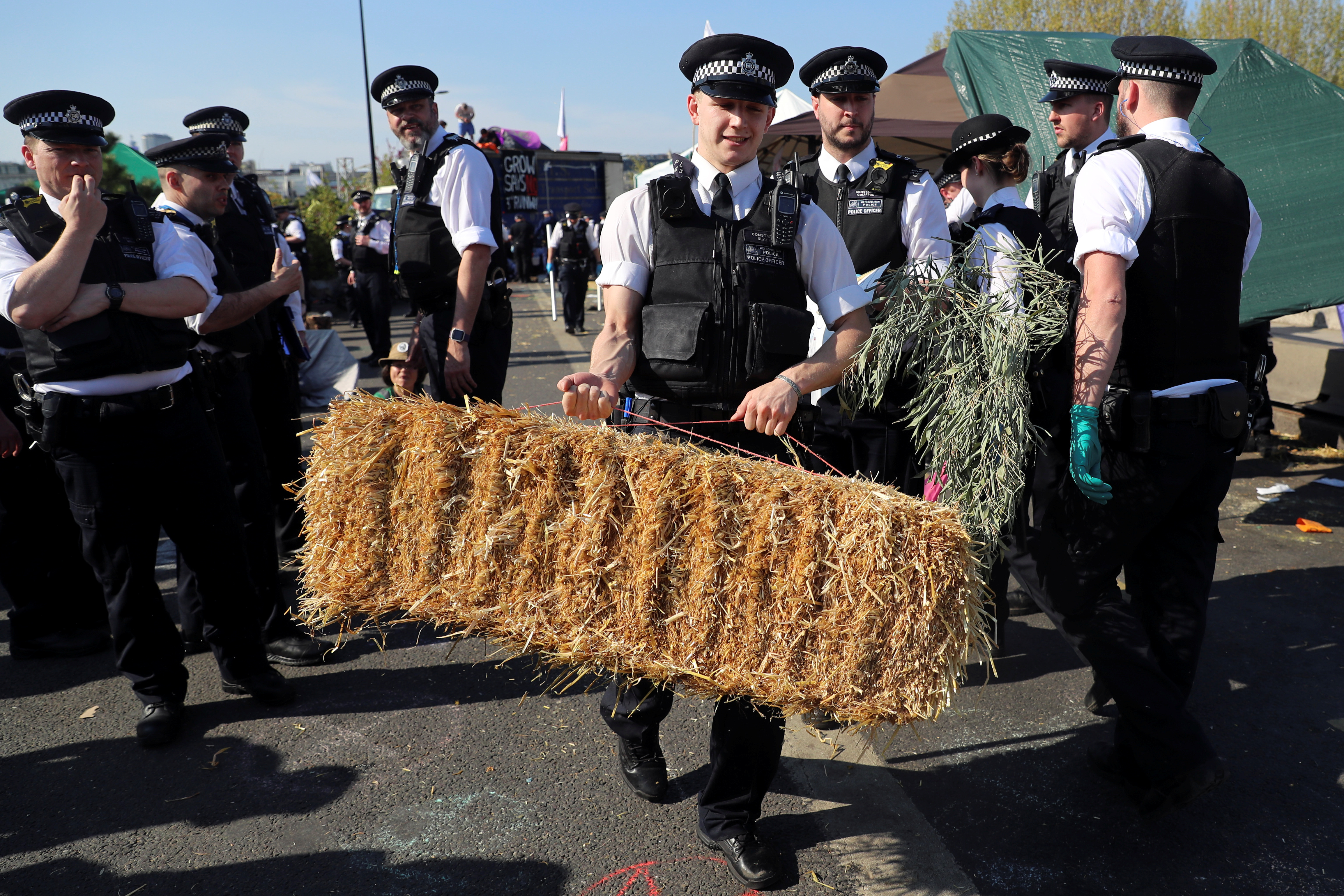 A police officer removes a haystack during the Extinction Rebellion protest on Waterloo Bridge in London, Britain, April 20, 2019. REUTERS/Simon Dawson

Protesters marched to Heathrow Airport threatening to disrupt Easter flights. The activists took up positions outside several terminals, but all flights stayed on schedule and no roads were blocked, BBC News reported.

Some protesters were arrested after they stripped naked and glued themselves to subway cars, causing backups in the city’s transportation system.

The protesters end goal is for the British government to declare a “climate emergency” and commit to banning all fossil fuel emissions by 2025.