Reports of rank and file FBI agents’ dissatisfaction over then-FBI Director James Comey’s handling of the Clinton-email probe were circulated by the media in late 2016, despite the media’s current amnesia that such news reports ever existed.

White House press secretary Sarah Huckabee Sanders weathered criticism by the media in the last week, which claimed she lied when she previously told reporters in May 2017 that Comey was fired because he lost the confidence of President Donald Trump, the Department of Justice and members of both parties in Congress. (RELATED: Daily Caller Reporting Confirmed That Some FBI Agents Were Fed Up With Comey) 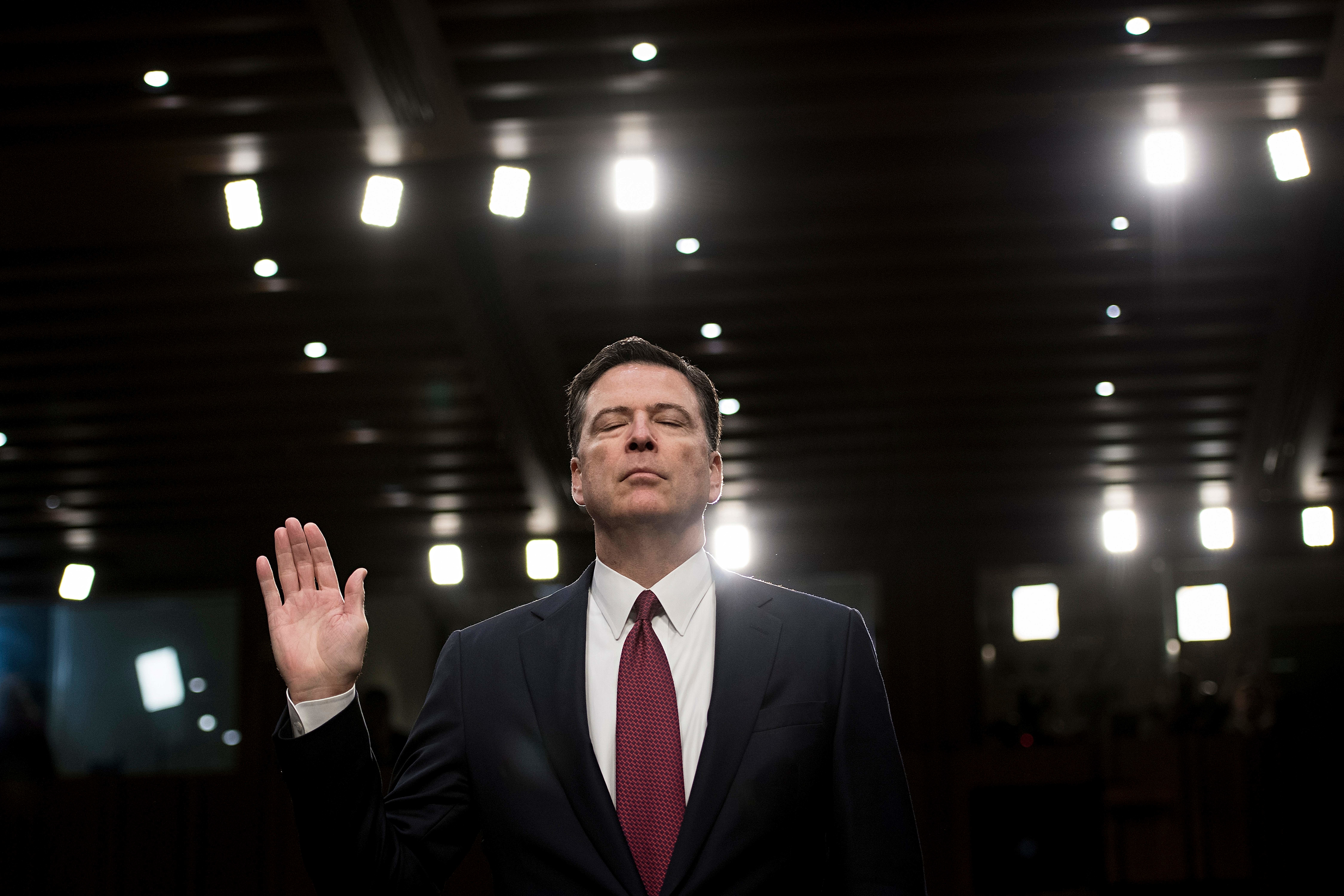 “Sanders told this Office that her reference to hearing from ‘countless members of the FBI’ was a ‘slip of the tongue,’” it said.

In a subsequent interview on Fox News last Thursday, Sanders said she should not have used the word “countless” when describing the quantity of FBI agents. Media outlets, though, accused Sanders of making up the entire story itself. CNN’s April Ryan went as far as to call for Sanders to be fired for lying about the issue.

But media outlets and media personalities received multiple leaks from FBI employees, including agents themselves about the frustrations they had with Comey — particularly when it came to the email probe and the Clinton Foundation investigation.

CNN’s Pamela Brown reported in 2016, just six days before the election, that she and Evan Perez spoke to “more than a dozen officials and agents” and found that FBI agents wanted to investigate the Clinton Foundation much earlier that year but were continually stifled because the “roadblocks” from the Justice Department were “politically driven.”

In 2016, Comey faced criticism from Clinton opponents for not indicting anyone within the Clinton campaign for mishandling classified material from her private e-mail server and delivering his decision on the matter in a July 5 press conference.

Additionally, questions arose about why investigators granted Clinton and her counsel more privileges than most witnesses would have during such a sensitive probe, including granting immunity deals to Clinton lawyers Heather Samuelson and Cheryl Mills in exchange for their laptops.

Months later Comey faced further criticism from Clinton supporters when he sent a letter to Congress just days before the election saying the bureau would need to look into the Clinton e-mail probe again as a result of sexually charged messages found on Anthony Weiner’s laptop. Weiner was married to Clinton’s top aide, Huma Abedin, at the time.

The New York Post reported on October 6 about agents who were angered with Comey over the “whitewashing” of the Clinton investigation. Agents told the Post that Comey essentially tied their hands and restricted what they could do during the e-mail probe.

“In my 25 years with the bureau, I never had any ground rules in my interviews,” retired agent Dennis V. Hughes, the first chief of the FBI’s computer investigations unit, told the Post at the time.

The new investigative effort, disclosed by FBI Director James Comey on Friday, shows a bureau at times in sharp internal disagreement over matters related to the Clintons, and how to handle those matters fairly and carefully in the middle of a national election campaign.

On October 31, 2016 The Washington Post’s Dana Milbank joined the criticism of Comey when he questioned why the then-FBI director felt the need to re-open Clinton e-mail probe 11 days before the election.

Amid different suggestions of ways Comey could explain his actions, he referenced the upheaval in New York FBI field office at the time using Comey’s voice. Milbank wrote FBI “agents in the New York office were nearing mutiny.”

“It was getting harder to keep them in line. Then, last week, they jammed me. They sat on the new information for weeks, then dumped it on me 12 days before the election,” he added.

Despite the sarcastic tone of Milbank’s writing, Yahoo News asked if a “mutiny” was started by career agents at the New York FBI office, upset at Comey’s decision not to indict Clinton, who used the Weiner sexting scandal to pressure Comey to send the letter to Congress.

Rudy Giuliani, a supporter of the Trump campaign and former federal prosecutor as well as former mayor of New York City, made an appearance on television two days before the election. He claimed his sources within the bureau said agents were upset over the way the Clinton e-mail probe was led.

“I’m not part of it at all. All I heard were former FBI agents telling me that there’s a revolution going on inside the FBI and it’s now at a boiling point,” Giuliani said on November 4 on “Fox & Friends” when asked if he knew anything about Comey re-opening the e-mail probe before the letter was sent to Congress.

“I think they kept getting stymied looking for subpoenas, looking for records. I did nothing to get it out, I had no role in it… did I hear about it? You’re darn right I heard about it and I can’t even repeat the language that I heard from the former FBI,” Giuliani added.

“I was concerned that there appeared to be in the media a number of stories that might have been based on communications reporters or non-reporters like Rudy Giuliani was having with people in the New York field office,” he said.

The Clinton email investigation was scrutinized by the Justice Department’s Inspector General in a 500-page report in 2018. The IG blasted Comey’s handling of the investigation in several areas. (RELATED: ‘Willingness’ To Impact The Election: IG’s Clinton Report Is Loaded With Bombshells)

Comey “engaged in ad hoc decision-making based on his personal views, even if it meant rejecting longstanding Department policy or practice,” the IG report said.

The report also described FBI rank and file employees who appeared to not follow their own leadership.

“We identified numerous FBI employees, at all levels of the organization and with no official reason to be in contact with the media, who were nevertheless in frequent contact with reporters,” the IG report stated. “We have profound concerns about the volume and extent of unauthorized media contacts by FBI personnel that we have uncovered during our review.”