A handful of Senate Democrats vying for the presidency are rallying around Democratic New Hampshire Sen. Jeanne Shaheen in an effort to eliminate a law that prevents college students from voting in the Granite state unless they are permanent residents.

Shaheen reached out to the 2020 hopefuls on Monday to sign a petition “protecting the integrity of New Hampshire’s voting process” by allowing university students residing in the state during their schooling to vote in elections, despite permanently residing in other states.

The petition is in response to a recent law that requires out-of-state residents, such as college students, to obtain a state driver’s license and register their vehicles within 60 days of casting an election ballot, reported The Hill. The law is set to go into effect in July. 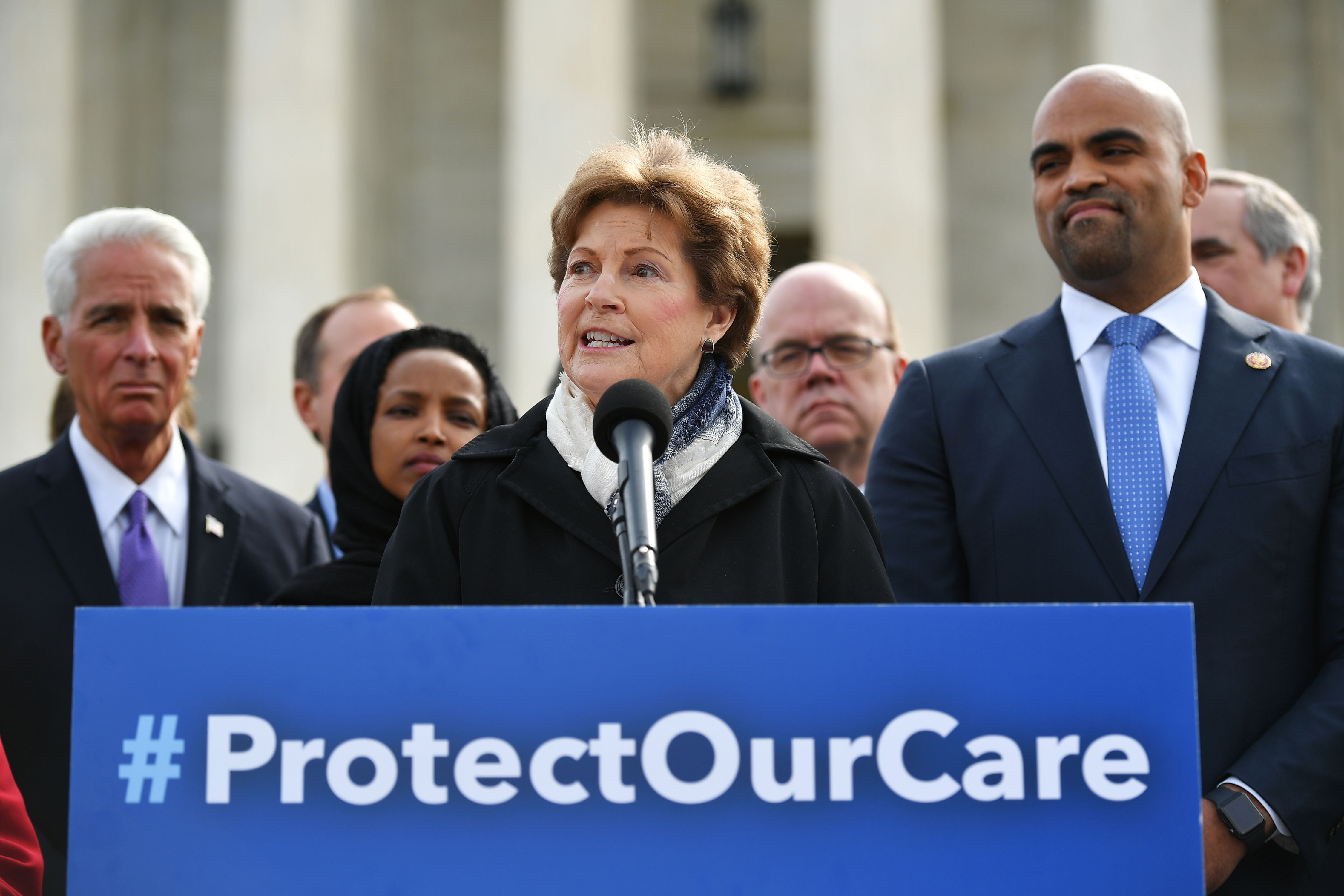 Senator Jeanne Shaheen, D-NH, speaks during an event to call for the protection affordable healthcare for those with preexisting conditions during a press conference on April 2, 2019. (Mandel Ngan/AFP/Getty Images)

“[Young people] are being disenfranchised by photo ID requirements, arbitrary challenges to residency, and unfounded allegations of fraud,” Shaheen wrote. “This new law, by effectively creating a poll tax on college students, is just the latest attempt to undermine America’s constitutionally-protected right to vote.”

“Our democracy is strongest when voters have the freedom to head to the ballot box to make their voice heard,” tweeted Democratic New York Sen. Kirsten Gillibrand. “The efforts of [New Hampshire Gov. Chris Sununu] to restrict this right for tens of thousands of students is unconscionable. I strongly support efforts to amend and repeal this bill.”

“Students are the ones who will have to deal with the decisions lawmakers make for decades to come—protecting their right to vote is paramount,” Democratic New Jersey Sen. Cory Booker said. “Thank you, [Shaheen] for leading the fight in New Hampshire to protect student voters. I’m proud to support this fight.”

Democratic California Sen. Kamala Harris also tweeted her support and echoed Shaheen by saying that the aforementioned law is “voter suppression” and is “intended to disenfranchise college students from exercising their right to vote.”

The New Hampshire voter suppression law is intended to disenfranchise college students from exercising their right to vote. I have signed @jeanneshaheen’s petition to oppose this law to send a clear message to students — your vote matters and must be protected.

“I stand w/ [Shaheen] opposing voter suppression in New Hampshire & across the country. The last time I checked people don’t want to give up their freedom to vote,” tweeted Democratic Minnesota Sen. Amy Klobuchar. “We could make it even easier if we passed my bill to register every eligible young person when they turn 18!”

“House Bill 1264 restores equality and fairness to our elections,” Sununu said in responce to the petition. “Every person who votes in New Hampshire will be treated the same, and these laws merely bring New Hampshire’s voting laws in line with all 49 other states. This is the essence of an equal right to vote.”