The president joined children to color cards for members of the U.S. military at the event when he said a young man told him “keep building that wall.” (RELATED: Trump: ‘The Wall Is Getting Done One Way Or Another’) 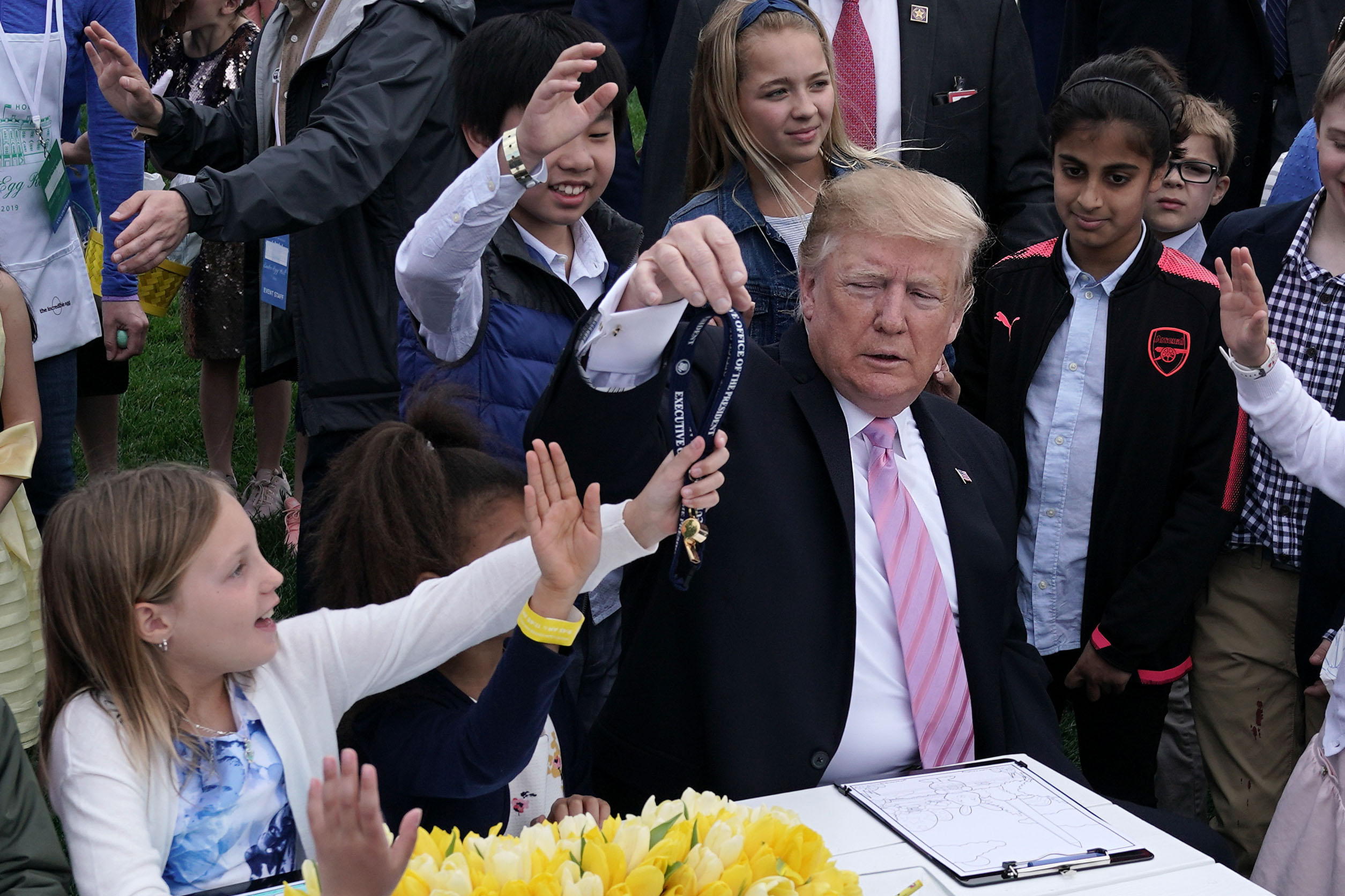 WASHINGTON, DC – APRIL 22: U.S. President Donald Trump hands out the whistle that he blew to children during the 141st Easter Egg Roll on the South Lawn of the White House April 22, 2019 in Washington, DC. (Photo by Alex Wong/Getty Images)

Trump turned his attention to the crowd and said, “There’s a young guy just said, ‘Keep building that wall.’ Can you believe that? He’s gonna be a conservative someday.”

According to past reporting by The Daily Caller, the president has already secured more than half of the funding necessary to complete the wall on the southern border through emergency powers, executive action and congressional appropriations from past years. (RELATED: Trump Has Secured Funding For More Than Half Of Border Wall)

President Trump and first lady Melania Trump opened the Easter Egg Roll by addressing the crowd from the Truman Balcony overlooking the South Lawn of the White House. The president touted the U.S. economy and the low unemployment rate before the first couple joined the children for egg-rolling contests and coloring. 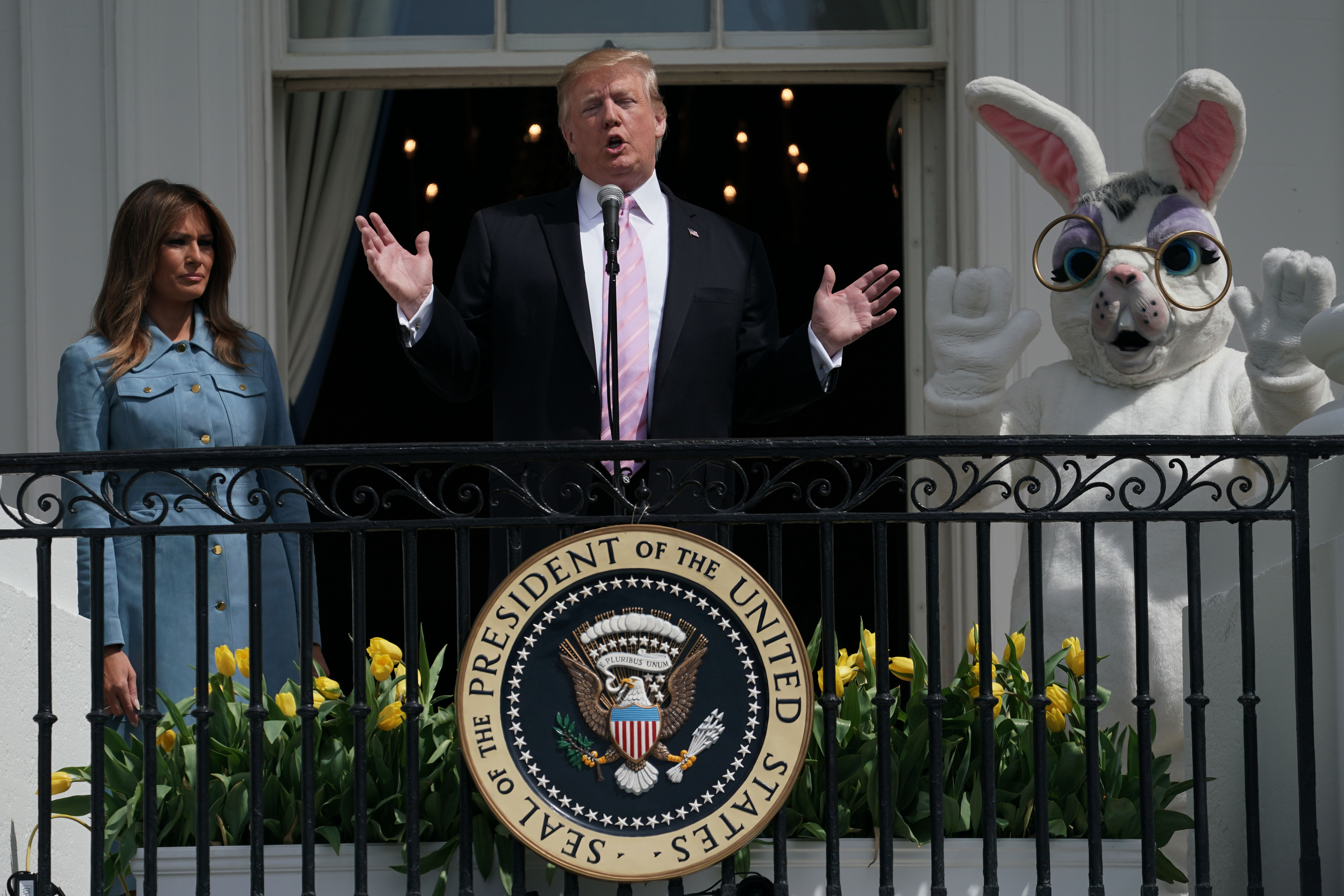