The nation of Brunei addressed a letter to the European Union last week, asking for “tolerance” and “understanding” of their new Sharia Law penal code, which includes violent punishment for adultery, theft, and homosexual behavior.

In a four page document addressed to members of European Parliament, Brunei defended its new Sharia criminal law implementation, insisting that the punishment of “hadd,” or stoning to death and amputation for offenses such as sodomy and theft, is permissible because it comes directly from Allah.

“There appears to be a misconception as to the application and/or interpretation of the provisions of the SPCO, Syariah Courts Evidence Order, 2001 and Syariah Courts Criminal Procedure Code Order, 2018 which we would like to clarify,” the letter reads.

In an attempt to reconcile Sharia Law with Western standards, the letter demands that MEPs consider diversity and tolerance when judging the penal code.

“It must be appreciated that the diversities in culture, traditional and religious values in the world means that there is no one standard that fits all. This necessitates tolerance, respect, understanding and the giving of policy space,” the letter reads. 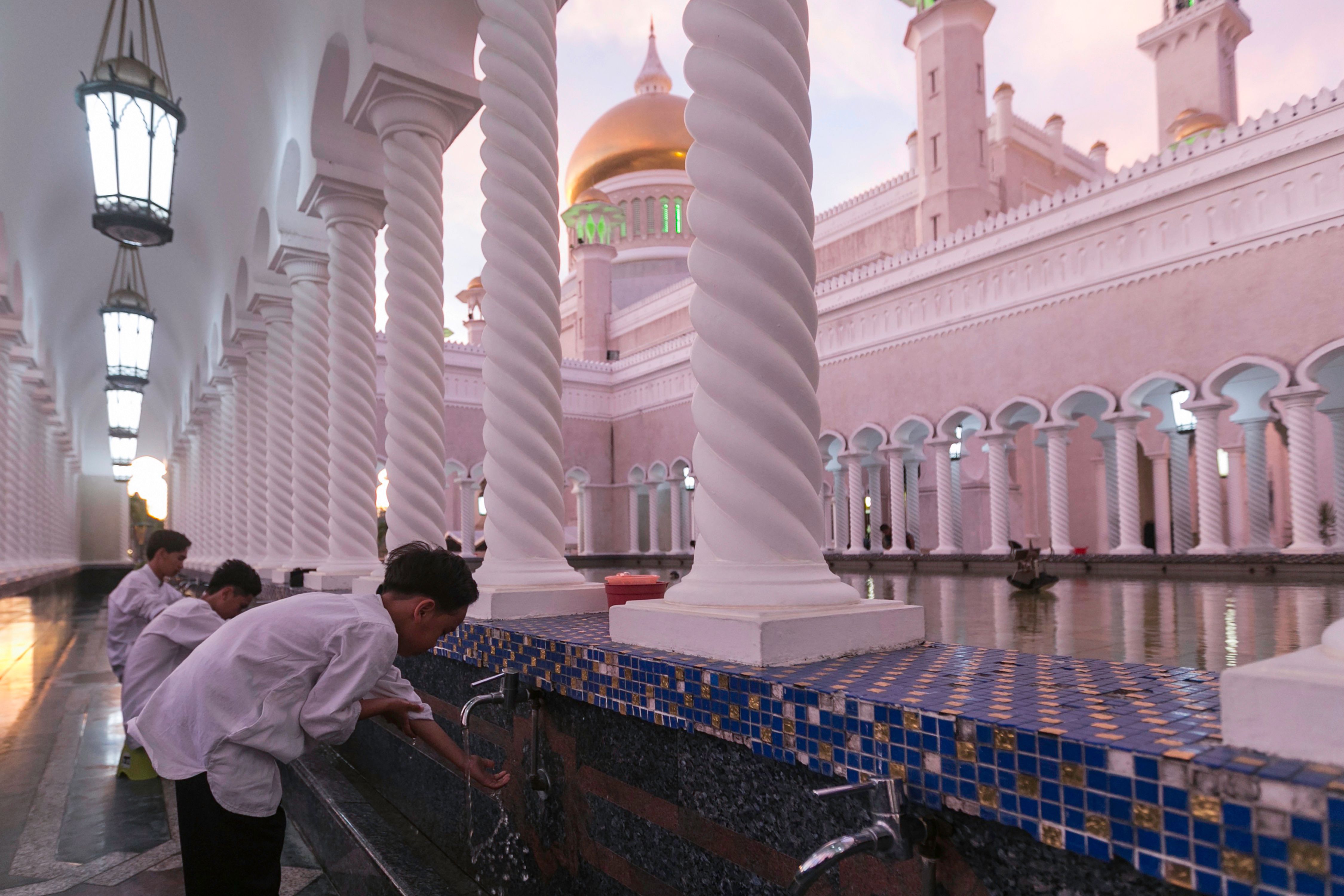 In this picture taken on April 1, 2019 children perform ablution before praying at the Sultan Omar Ali Saifuddien mosque in Bandar Seri Begawan. – The United Nations decried on April 1 new “cruel and inhuman” laws set to take effect in Brunei this week which impose death by stoning for gay sex and adultery, and amputations for theft. (Photo: AFP/Getty Images)

It then goes on to claim that while Islam is the “official religion” of Brunei, “the right of non-Muslims to practice their religions in peace and harmony” will be recognized. (RELATED: US Islamic Scholar Praises Brunei’s Death Penalty For Homosexuality)

The letter then asserts that the new Sharia criminal law practices aim to “rehabilitate” and “nurture” rather than punish.

“The Syariah criminal law system focuses more on prevention than punishment. Its aim is to educate, deter, rehabilitate, and nurture rather than to punish,” the letter reads. “It seeks to strike the right balance between protecting the rights of the accused person and the rights of the victims and their families.”

Concerning people of LGBTQ identities, it states that the criminalizing of sodomy under the new penal code seeks to “safeguard the sanctity of family lineage,” specifically addressing that “the SPCO does not criminalize nor has any intention to victimize a person’s status based on sexual orientation or belief.” The letter explains that the punishment of hadd can only be applied if at least two “men of high moral standing and piety” bear witness to the transgressions. (RELATED: UK Muslim Psychologist Under Fire For Supporting Campaign That Reportedly Endorsed ‘Lashing And Killing Gay People’) 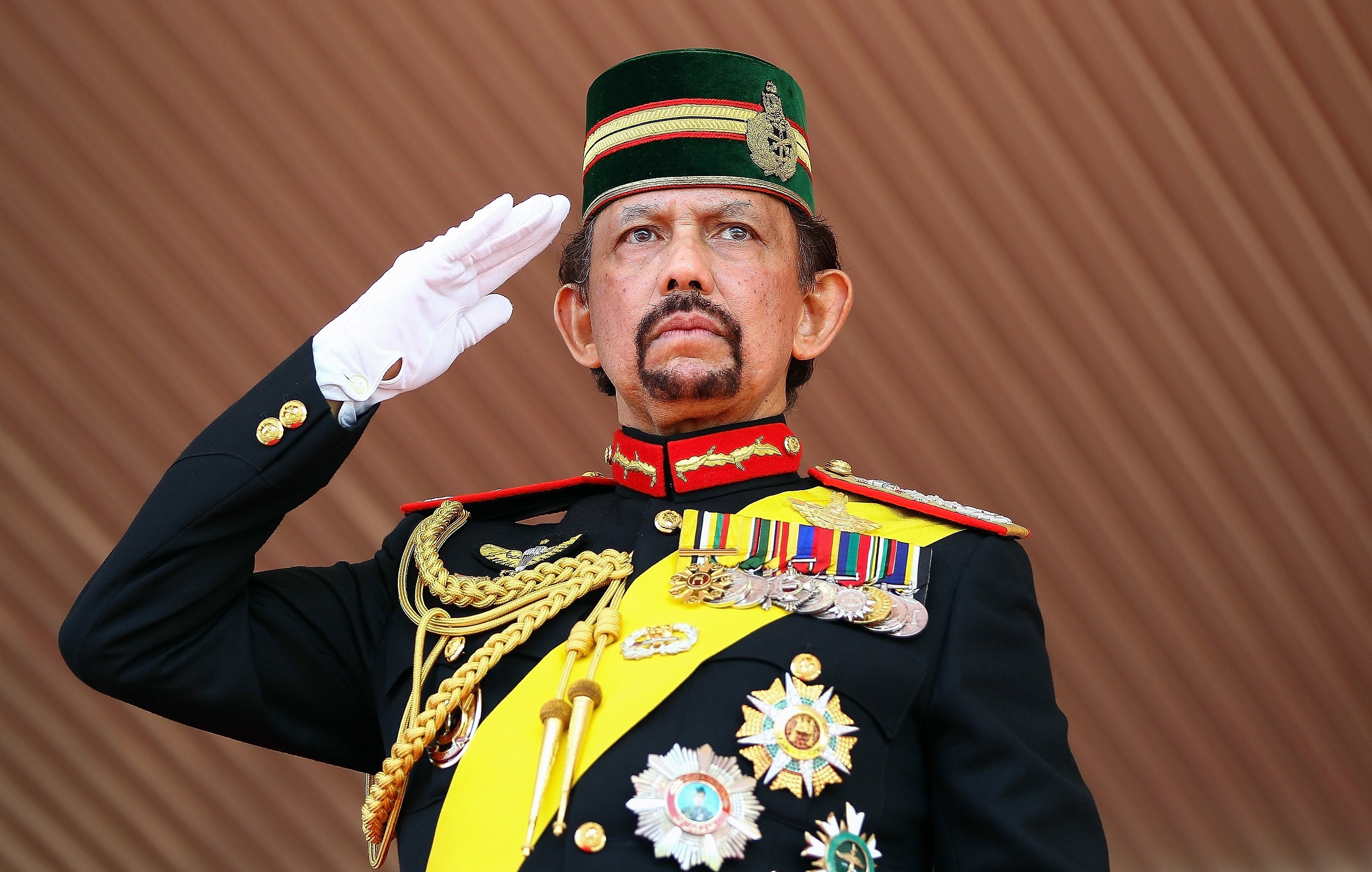 Brunei’s Sultan Hassanal Bolkiah salutes during a ceremonial guard of honour to mark his 68th birthday celebrations in Bandar Seri Begawan on August 14, 2014. The monarch turned 68 on July 15, but the celebrations were postponed due to the holy month of Ramadan. The sultan is one of the world’s longest-reigning monarchs. AFP PHOTO (Photo: STR/AFP/Getty Images)

The contents of the letter were set to a vote in the European Parliament last week, in which MEPs overwhelmingly backed a resolution condemning “the entry into force of the retrograde sharia penal code” in Brunei, the Guardian reported Monday. The EU also reportedly ordered asset freezes and boycotts of nine hotels owned by Brunei investment agencies in response to the nation’s new laws.

Homosexuality has been illegal in Brunei since the nation gained its independence from Britain in 1984, became a sovereign Islamic sultanate. Prior to the new penal code, homosexuality was punishable only by imprisonment, not by death as is now permissible by the new laws.

Anti-homosexual sentiment in Muslim populations is not restricted to the Middle East or the Pacific Southeast. Earlier this month, a Muslim psychologist in the U.K. fell under investigation for her open support of the Stop Relationship and Sex Education campaign, which advocates for flogging and even killing homosexuals. She spoke out publicly against the “queering” of Muslims, advocating for psychological treatment of homosexuality.