President Donald Trump honored recent victims of terror attacks in houses of worship during his dinner for the National Day of Prayer on Wednesday night. There were Christian, Jewish, Muslim, Sikh and Hindu leaders in attendance.

Over the last two months there was a mass shooting at a New Zealand mosque, an alleged ISIS attack in Sri Lanka on Easter Sunday, three Louisiana-area African American churches were burnt down, and there was a shooting at a Chabad in San Diego, California last weekend. (RELATED: Combat Vet Who Stopped The Synagogue Shooter: ‘I Scared The Hell Out Of Him’)

Trump said that he’s sending his “love and prayers” to the Chabad community, adding that people’s “hearts break” for the woman who sacrificed her life for the rabbi in the attack.

Pres Trump about to host WH dinner in State Dining Room for some 100 faith leaders, on eve of National Day of Prayer. pic.twitter.com/aYL03MvJxQ

“We mourn for the Christians murdered in Sri Lanka on Easter Sunday and grieve for the Muslims murdered at their mosques in New Zealand,” he added, according to the pool reporter. “Here at home, we also remember the three historically black churches burned recently in Louisiana and the horrific shooting last year at the Tree of Life Synagogue in Pittsburgh.” 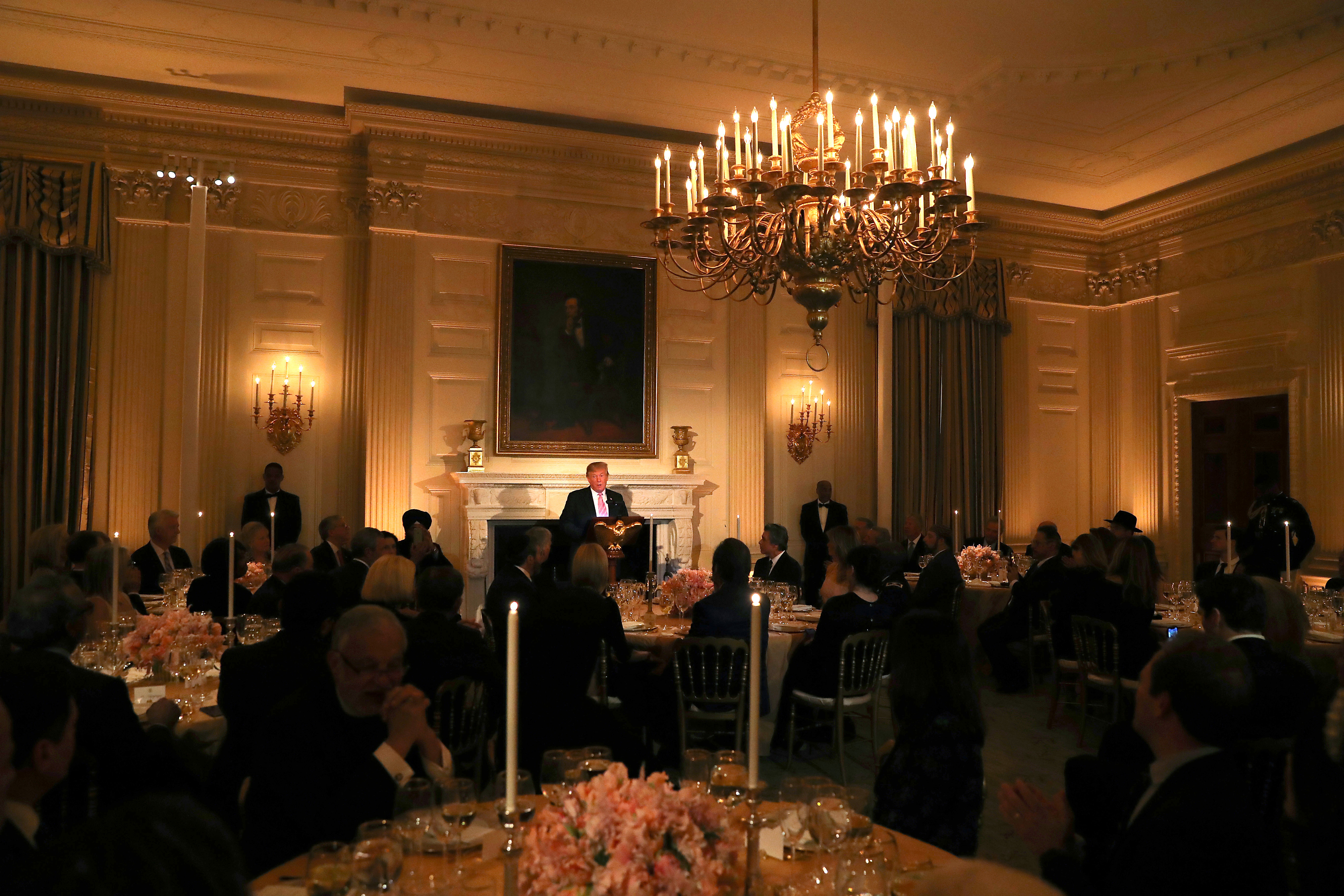 WASHINGTON, DC – MAY 01: President Donald Trump speaks during a National Day of Prayer event in the State Dining Room at the White House on Thursday, May 1, 2019 in Washington, DC. (Photo by Mark Wilson/Getty Images)

“Violence and terrorism against people of all faiths must end and it must end now,” Trump continued.

In 1988, Congress called on President Ronald Reagan to issue each year a proclamation designating the first Thursday in May as a “National Day of Prayer.”