Whoever is running The Washington Post‘s obituary section may want to go take a snooze with a MyPillow or get sleeping tips from Arianna Huffington. In 2007, Huffington fainted from exhaustion and broke her cheekbone. Just recently, Sputnik’s “Fault Lines” host Lee Stranahan passed out in the street in front of the White House Correspondents’ Dinner and had a bloody head to show for it. His explanation: exhaustion.

Thankfully what happened Wednesday was just an error. But a whopping one it was.

A woman in Wednesday’s obit section appears to have been miraculously born way in the future in June, 2964.

“I guess The Washington Post let their editors go,” a Mirror spy remarked.

For the family’s sake, WaPo really should try this one again in print.

The following appeared in Wednesday’s Metro section of The Washington Post. 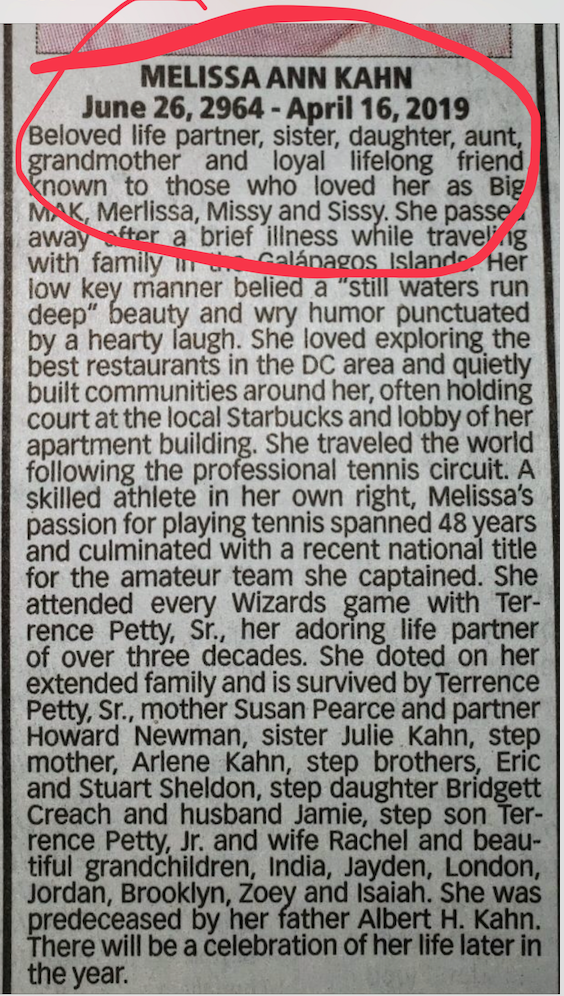