The law, dubbed “red flag,” was signed Apr. 12 after the passage of H.B. 1177. It enables family or authorities to ask the court to remove guns for up to a year from someone deemed dangerous. Some sheriffs have publicly vowed not to enforce it. (RELATED: Colorado Sheriff Would Risk Jail To Defy ‘Red Flag’ Gun Law)

Those who take issue with the new law believe its enforcement lacks due process, because the accused is not represented prior to the issue of a gun removal order, and because the burden of proof rests on the accused to demonstrate they are no longer dangerous and should have their weapons returned. 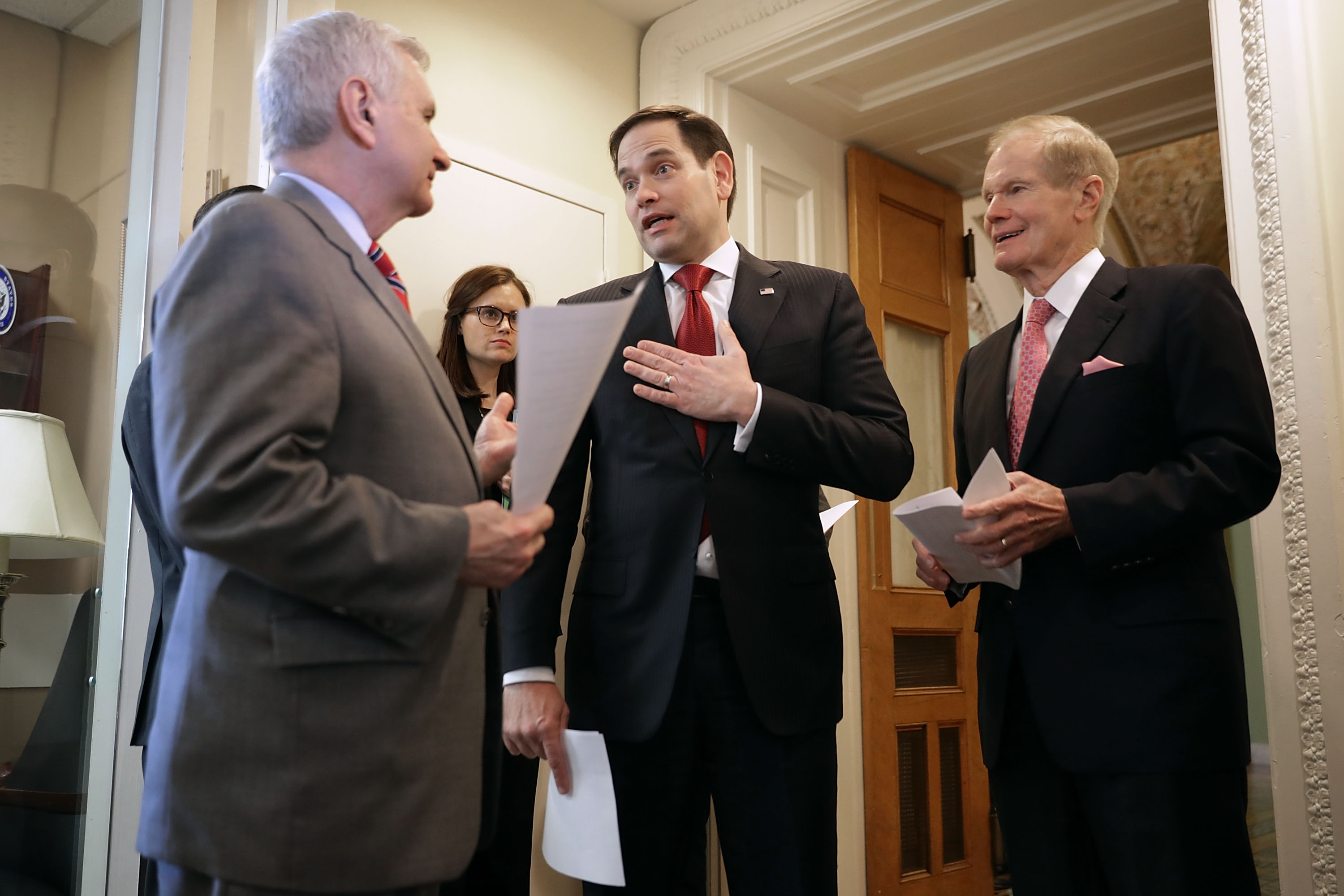 (L-R) Sen. Jack Reed (D-RI), Sen. Marco Rubio (R-FL) and Sen. Bill Nelson (D-FL) talk about their bipartisan legislation to create “red flag” gun laws before a news conference at the U.S. Capitol March 22, 2018 in Washington, DC. The law would give federal support so states can establish programs to address “red flags,” extreme risk protection orders against people who have become a danger to themselves or others. (Photo by Chip Somodevilla/Getty Images)

RMGO wants to void the new law because of the way it was passed. The complaint alleges that during the legislative process, motions to have the bill read twice in its entirety were denied, thereby violating Colorado’s Constitution. The group seeks to have the law overturned.

“Democrats used illegal and unconstitutional tactics and methods to push a bill that would remove due process rights for our citizens.” RMGO’s president Dudley Brown said during a press conference Thursday.

Neville played a video at the conference of the Colorado House deliberating the H.B. 1177 on Mar. 1, showing a request from Republicans for a second reading, after which several clerks went to the House floor to read different portions of the bill aloud at the same time.

Republicans claim this process made the bill impossible to understand.

Democrats argue the lawsuit is not about the legislative process, rather “this is about the gun lobby trying to unwind a popular measure to help save and protect lives in Colorado,” Democratic House Majority Leader Alec Garnett said in a statement to the Post.