Video from last month of kids at the Philadelphia Muslim American Society (MAS) Islamic Center showed them reading about chopping off heads and subjecting the enemies of Allah to “eternal torture.”

The irony was pointed out via Twitter by The Daily Wire’s Ryan Saavedra.

CNN has *not* reported on the kids in Philadelphia who were allegedly singing about chopping people’s heads off. pic.twitter.com/Jdeuz1ImKh 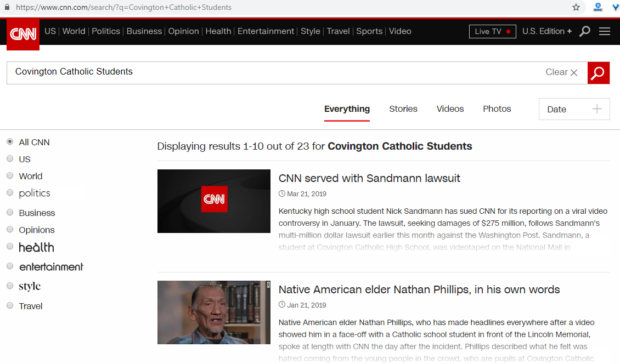 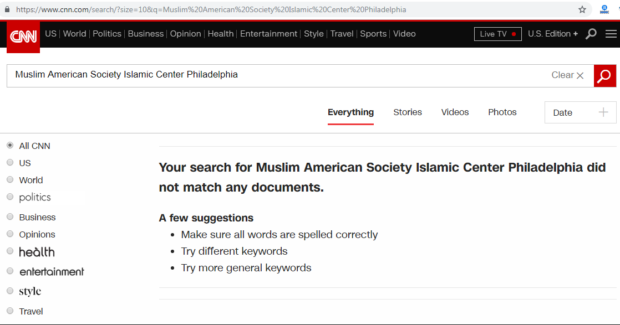 Fox News, on the other hand, covered the story on Friday:

The Muslim American Society (MAS) Islamic Center in Philadelphia posted the video to its Facebook page celebrating “Ummah Day” in which young children wearing Palestinian scarves sang and read poetry about killing for Allah and the mosque in Jerusalem.

“These are not isolated incidents; they are happening in major centers of the country – including in Pennsylvania,” MEMRI said in a statement.

In the video, translated by MEMRI, kids can be heard singing: “The land of the Prophet Muhammad’s Night Journey is calling us. Our Palestine must return to us.”

Another female student chants, “We will defend the land of divine guidance with our bodies, and we will sacrifice our souls without hesitation. We will chop off their heads, and we will liberate the sorrowful and exalted Al-Aqsa Mosque. We will lead the army of Allah fulfilling His promise, and we will subject them to eternal torture.”

The Muslim American Society (MAS) has 42 chapters nationwide and one in the U.K., Fox News reported.