The melting sea ice in the Arctic region might uncover a vast wealth of resources and open up new international trade routes, Secretary of State Mike Pompeo said Monday.

Pompeo delivered remarks from Finland, where he attended a meeting of nations with territory in the Arctic region. Pompeo largely focused on Chinese and Russian interests in the area but mentioned that melting sea ice afforded the U.S. economic prospects. (RELATED: Trump Approved The First-Ever US Oil Facility In Arctic Waters)

“The Arctic is at the forefront of opportunity and abundance,” Pompeo said, according to CNN. “It houses 13 percent of the world’s undiscovered oil, 30 percent of its undiscovered gas, an abundance of uranium, rare earth minerals, gold, diamonds, and millions of square miles of untapped resources, fisheries galore.”

“Steady reductions in sea ice are opening new passageways and new opportunities for trade,” Pompeo added. “This could potentially slash the time it takes to travel between Asia and the West by as much as 20 days.”

Pompeo warned that Russia is increasingly aggressive about the region, and he said China appears to have a vested national security interest in the region. Pompeo said both countries could be trying to claim the Arctic’s vast natural resources for themselves, Reuters reported.

Pompeo’s criticisms “were totally out of sync with the facts,” China Foreign Ministry spokesman Geng Shuang said, according to Reuters. “It is inconsistent with the general trend of peaceful cooperation in the Arctic, completely confuses right with wrong, and has ulterior motives.” 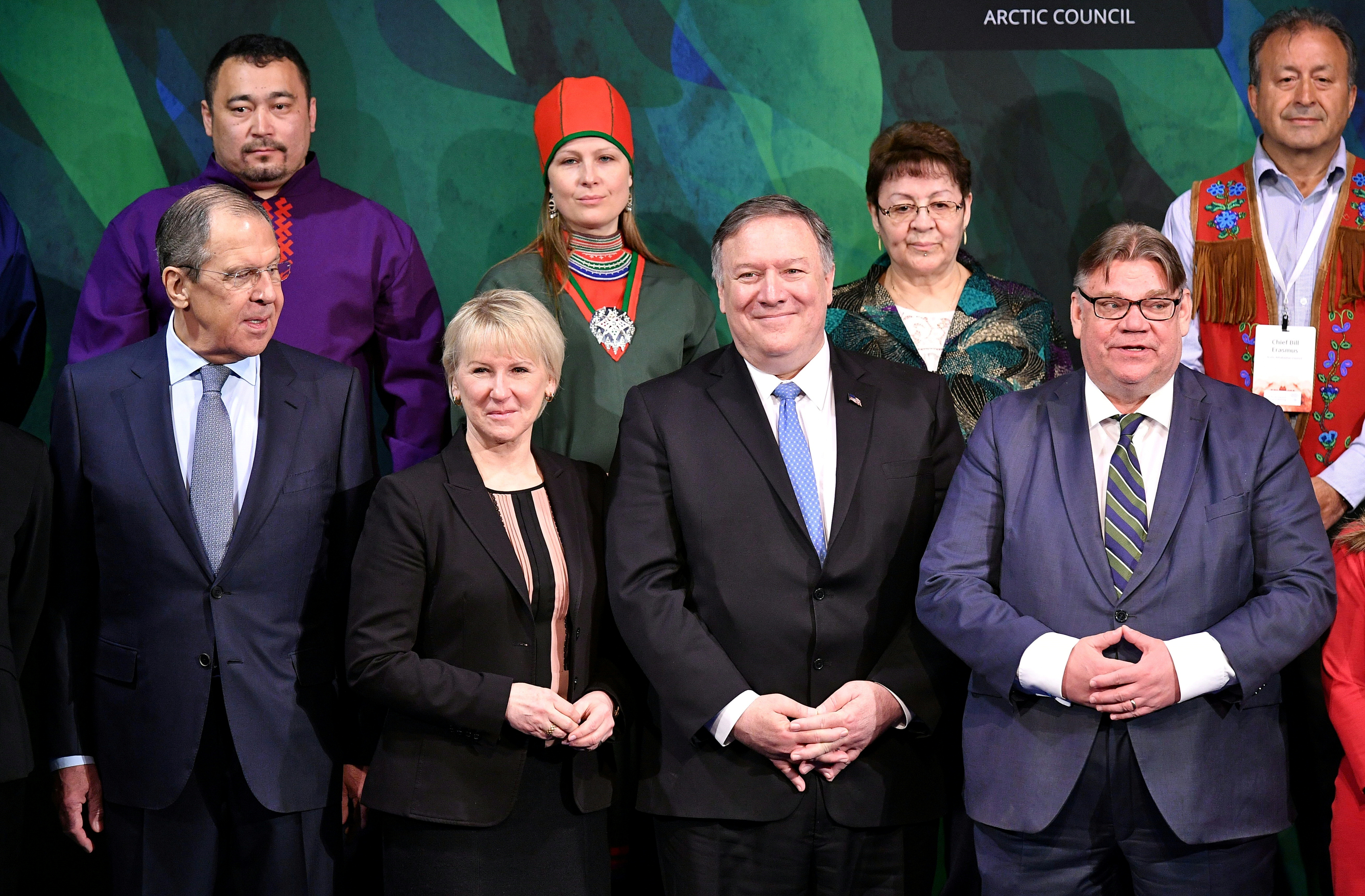 The Finland meeting brought together the Arctic council composed of eight member countries. Besides Finland, Russia and the United States, the rest of the council is made up by Canada, Denmark, Iceland, Norway and Sweden. China obtained observer status on the council in 2013.

The council sought to agree upon a joint declaration of goals for the Arctic, but could not get the U.S. to sign on to a proposed document, The Associated Press reported.