The plan was spearheaded by senior adviser and the president’s son-in-law Jared Kushner, but also included input from senior policy adviser Stephen Miller and has now been signed off on by President Donald Trump, the official said during a briefing with a few reporters. (RELATED: GOP Senators Meet At White House Before Release Of Immigration Plan)

There are specifically six goals that the plan aims at addressing: securing the border, protecting American wages, attracting and retaining the best and brightest, unifying families, labor in critical industries and retaining the United States’ humanitarian values. Border officials and immigration experts had a hand in crafting the policies that they believed would achieve those goals.

On border security, the plan calls for a physical barrier and modernization at ports of entry to stop drugs and trafficking.

“We want to make sure that all people, vehicles and packages coming through the ports of entry are fully scanned for drugs,” the official explained. “This is something from a national security point of view that we believe our country should have.”

The official claimed that asylum seekers will be vetted more quickly but did not offer details on how the process will change. 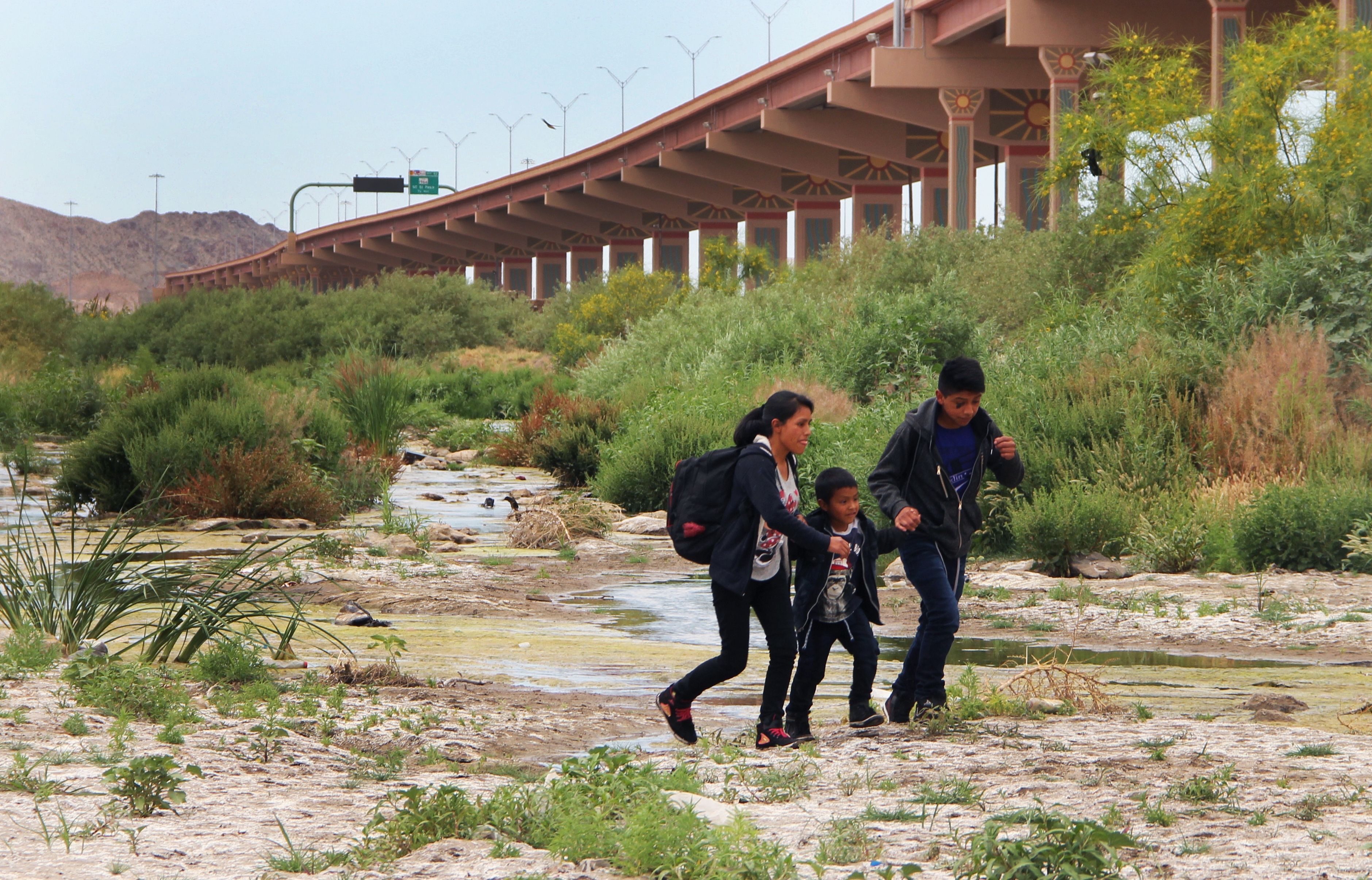 Central American migrants cross the border between Ciudad Juarez, Chihuahua State, Mexico and El Paso, Texas, US, before being detained by US Customs and Border Patrol agents on May 7, 2019. (Photo by HERIKA MARTINEZ/AFP/Getty Images)

In terms of merit-based immigration, the plan would create a “points-based” system, based on Australian and New Zealand models.

The official declined to answer if the diversity visa lottery and chain migration would specifically be eliminated under the plan, but noted that Republican Arkansas Sen. Tom Cotton’s RAISE Act was at least partially used as a guide in crafting the merit-based system. They also contended that the plan is more about stripping down immigration to its base and then building from scratch, rather than eliminating certain items.

Current legal immigration levels would remain the same under the new plan.

Trump shared the plan with a group of Republican senators at the White House on Tuesday afternoon, and the feedback was described as “very positive.” The official pointed out that there were few leaks about the plan, which is usually a good sign of agreement on an issue, and said that the senators were “surprised to see Kushner and Miller agreeing on something.”

A person familiar with the meeting today said at least four Republican senators applauded the plan and that one goal is to curb the perception that Republicans constantly talk about ideas but offer no concrete solutions.

However, early signs indicate that some hardline immigration groups might not be thrilled with the plan. Numbers USA, a group that advocates for fewer immigrants to the U.S., raised concerns on Twitter that the plan would harm American wages.

Early indications are that Kushner wants to cut some family categories while boosting both skilled and unskilled employment visas. The only plan that would raise the pay of *American* workers is immigration reduction.

The plan does not address the Deferred Action for Child Arrivals (DACA) program.

Today, President Donald J. Trump met with Republican Senators for an important and productive conversation on our Nation’s immigration policy. The President and Senators discussed a potential plan that would secure the border, protect and raise wages for the American worker, and move toward a merit based immigration system. President Trump wants a commonsense, lawful and safe immigration system that Americans, and those wanting to become Americans, have deserved for a long time.

The official did not offer a timeline for when the plan will be released publicly, instead stating that the president will share it when he is ready.