A potential rift is emerging between James Comey and John Brennan over who pushed to include information from the unverified Steele dossier in an intelligence community assessment of Russian interference in the 2016 election.

Comey, a former FBI director, sent an email to subordinates in late 2016 indicating Brennan, a former CIA director, wanted to include materials from the dossier in the intelligence community assessment, known as the ICA, Fox News reported.

A former CIA official speaking on Brennan’s behalf is disputing the assertion. The former official told Fox that Brennan and James Clapper, a former director of national intelligence, opposed Comey’s push to include Steele dossier information in the ICA.

The dispute pits two former intelligence community officials against each other at a time when the Justice Department is investigating how government agencies like the FBI and CIA handled the dossier, which former British spy Christopher Steele authored and the Clinton campaign and Democratic National Committee funded.

Republicans have accused the FBI of relying too heavily on the dossier in the investigation into possible collusion between the Trump campaign and Russian government. The special counsel’s report all but debunked Steele’s core allegation of a “well-developed conspiracy” between the Trump team and Kremlin.

Comey referred to the dossier in the email as “the crown material,” according to Fox’s source. Comey confirmed in a Dec. 17, 2018 closed-door congressional interview that FBI analysts used to the term as a reference to Steele’s report.

The email appears to be same one that former South Carolina Rep. Trey Gowdy referred to in an interview Monday on Fox News as well as during Comey’s congressional interview. 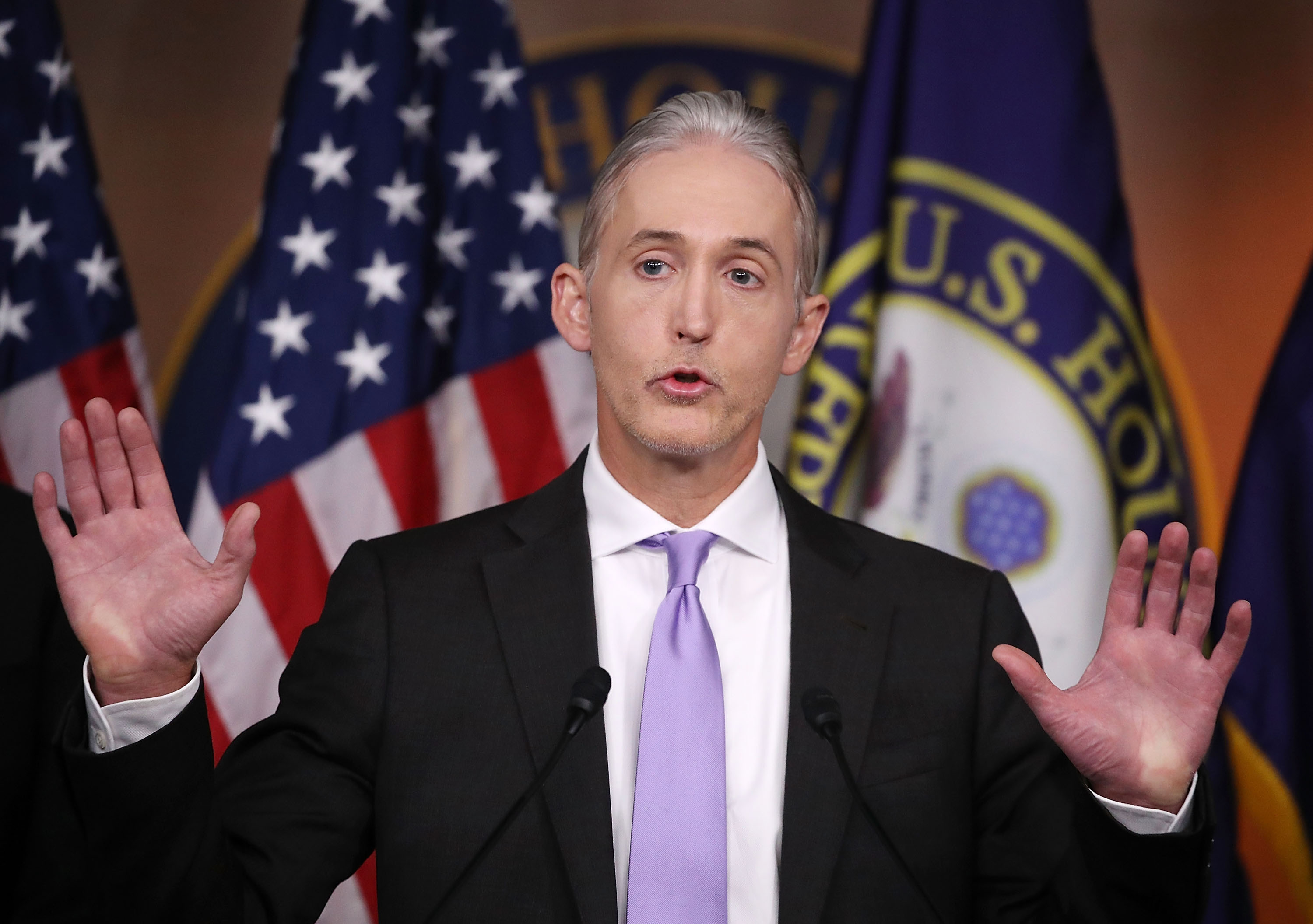 Gowdy, a Fox News contributor who was chairman of the House Oversight Committee, said Monday that emails from Comey and Brennan from December 2016 might be of interest to investigators probing the origins of the Trump-Russia investigation. (RELATED: Gowdy Drops Potential Bombshell About How FBI Corroborated Steele Dossier)

Earlier that day, Clapper’s office had released the ICA, which asserted the Russian government was behind hacks of Democrats during the campaign.

Comey told lawmakers in his Dec. 17 interview that information from the Steele dossier was included in an appendix to the ICA. After the main briefing, Comey met with Trump one-on-one to tell him about a bombshell claim made in the dossier: that the Russian government had video of Trump with prostitutes in Moscow.

Comey claims he told Trump the information was unverified and that he did not necessarily believe it was true. Trump denied the allegation during the Comey meeting and in days after the dossier was published.

Comey also told lawmakers on Dec. 17 that he recalled a discussion with Brennan about whether parts of the dossier should be included in the body of the ICA or in an appendix. When asked by Gowdy in that interview about his email to staff members, Comey said it was “possible” he sent an email but that he did not specifically recall. Gowdy then referred to the email, asking about the “crown material” reference and telling Comey that he had used the word “unverified” to describe the dossier.

Comey and Gowdy did not discuss in the interview whether Comey told FBI staff that Brennan wanted the dossier cited in the ICA.

Comey also testified that it was Clapper who made the final decision that the FBI chief would have the one-on-one briefing with Trump.

The former CIA official who spoke to Fox News said it was Comey who wanted to rely on the Steele dossier. The anonymous former official said that Brennan and Clapper opposed Comey’s suggestion because Steele’s report “was in no way” used to develop the intelligence community assessment.

“The intelligence analysts didn’t include it when they were doing their work because it wasn’t corroborated intelligence, therefore it wasn’t used and it wasn’t included. Brennan and Clapper prevented it from being added into the official assessment. James Comey then decided on his own to brief Trump about the document,” the former official said.

Kentucky GOP Sen. Rand Paul recently claimed on Twitter that he had received information identifying Brennan as the person who wanted to include the dossier in the ICA.

“A high-level source tells me it was Brennan who insisted that the unverified and fake Steele dossier be included in the Intelligence Report,” Paul tweeted on March 27.

Brennan responded in an interview on MSNBC on April 26, calling Paul’s remarks “very specious allegations … that have no basis in truth.”

“Comey has a better argument than Brennan, based on what I’ve seen,” Gowdy said in another interview Tuesday.