Citing a “high-level source,” Republican Kentucky Sen. Rand Paul tweeted Wednesday that former CIA Director John Brennan was the force behind the infamous Steele dossier being included in an intelligence report that ordered surveillance on then-presidential candidate Donald Trump and his campaign team.

BREAKING: A high-level source tells me it was Brennan who insisted that the unverified and fake Steele dossier be included in the Intelligence Report… Brennan should be asked to testify under oath in Congress ASAP. 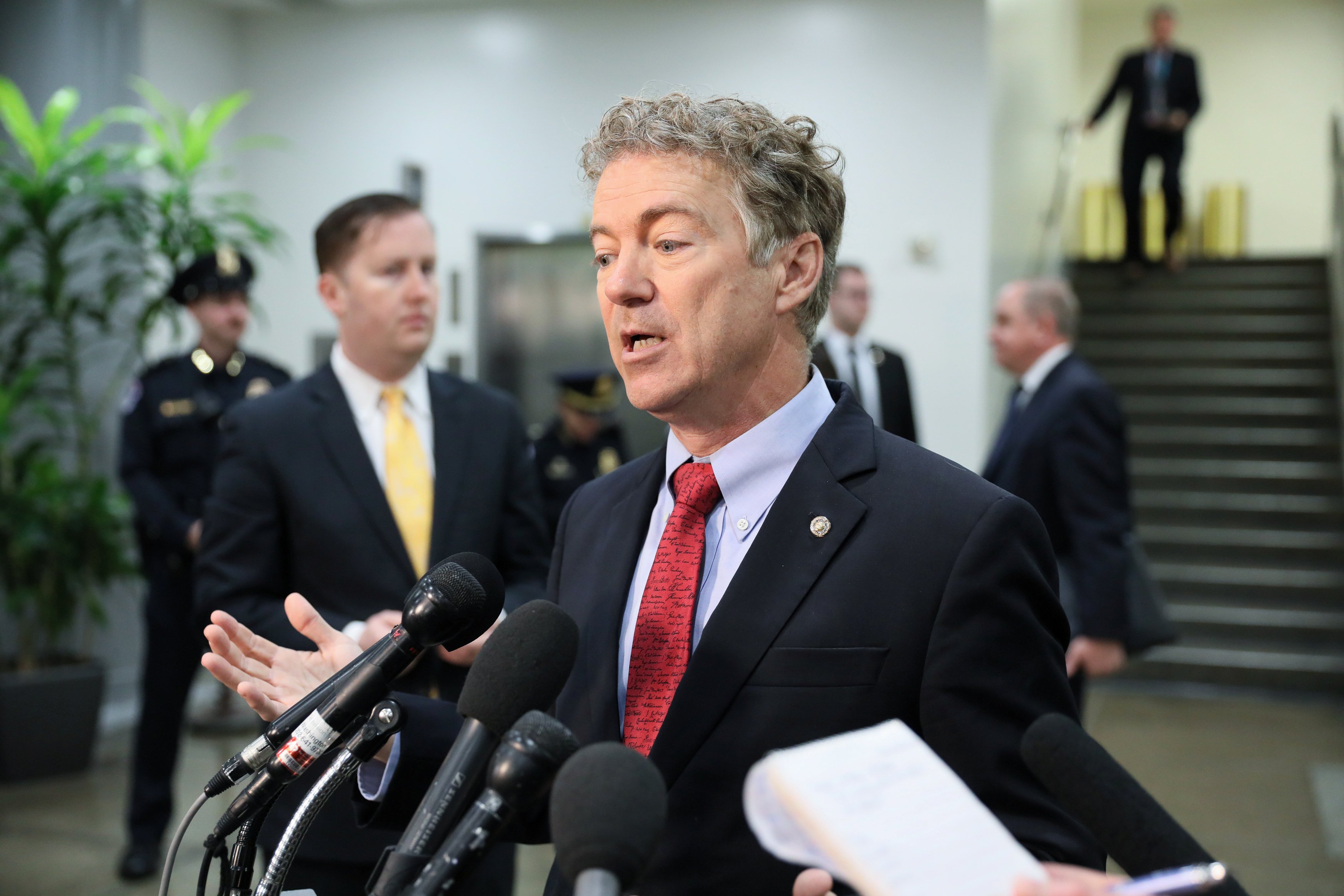 U.S. Senator Rand Paul (R-KY) speaks to reporters outside of attending a closed-door briefing, on the death of the journalist Jamal Khashoggi, by Central Intelligence Agency (CIA) Director Gina Haspel at the U.S. Capitol in Washington, U.S., Dec. 4, 2018. REUTERS/Jonathan Ernst

The Steele dossier gained notoriety for its descriptions of Trump’s alleged sexual peccadilloes while on a trip to Russia. It was prepared by former British MI6 officer Christopher Steele and promoted by the Clinton-related Fusion GPS firm. The dossier was heralded as a journalistic scoop when first unveiled but has been largely discredited as a fraud since. (RELATED: Was John Brennan’s House Intel Testimony Also Based On ‘Bad Information’?

Brennan was a persistent and vocal critic of the president throughout the recently concluded investigation by special counsel Robert Mueller, at one point calling Trump “treasonous” after the he met with Russian President Vladimir Putin.

The former intelligence chief proclaimed Monday morning that he was “relieved” to discover that Attorney General William Barr’s assessment of the Mueller report did not indicate Trump had colluded with the Russians nor obstructed justice in Mueller’s inquiry into that alleged collusion. (RELATED: Rudy Giuliani: Ex-CIA Director John Brennan Is Behind The Entire Investigation)

“Well, I don’t know if I received bad information but I think I suspected there was more than there actually was,” Brennan said in an MSNBC interview. “I am relieved that it’s been determined there was not a criminal conspiracy with the Russian government over our election. I think that is good news for the country.”

Paul has attacked Brennan for his actions and comments in the past. Last August, the senator insisted that the former CIA director’s security clearance should be revoked. The Trump administration did exactly that, indicating that the paid-MSNBC commentator did not require further access to highly classified government information.