Producer Adam Trahan was silent for years about the abortion that he says changed his life — but one tweet sent him “over the edge” Thursday, and he hasn’t looked back since.

“I’d been getting increasingly frustrated by the preponderance of this ‘shout your abortion/no uterus, no say’ nonsense, and Liz Plank’s tweet sent me over the edge,” Trahan told The Daily Caller via email. (RELATED: MSNBC Host Lobs Softballs At Planned Parenthood President: ‘What’s The Truth Here?’)

Plank, an author and Vox Media host, had tweeted about how men benefit from abortion and asked them to be more open about that.

Behind millions of successful men is an abortion they don’t regret getting with their partner. I urge men to go beyond solidarity and talk about how they’ve personally benefited from abortion rights too. Not because it’s the right thing you to do, because it’s true! 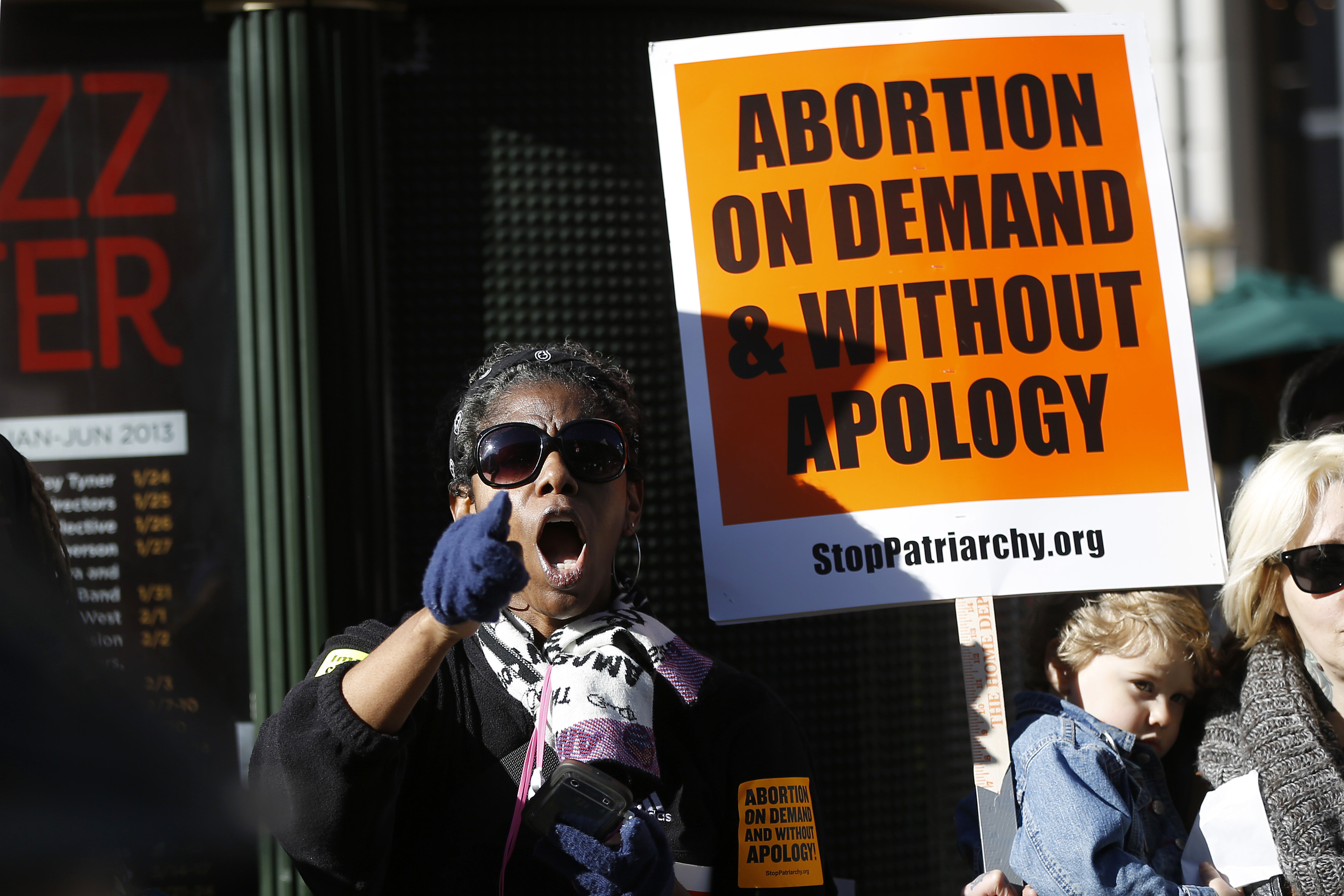 Trahan responded to Plank by saying that his own experience stood out in stark contrast to her claim.

“I am living proof that the exact opposite is true,” he tweeted. “Not a day goes by where I do not feel abject shame and guilt for being party to something of which I was given zero choice.”

I am living proof that the exact opposite is true. Not a day goes by where I do not feel abject shame and guilt for being party to something of which I was given zero choice.

And you are living proof that there is zero difference between fame and infamy. https://t.co/x3gRRa6xA8

Trahan filled The Caller in on some of the details of the story he’d “only recently divulged only a few days prior (and for the first time to anyone ever),” saying that he had been “an unwilling party” to the abortion of his own child about five years ago, when his girlfriend of two years chose to terminate her pregnancy without his input.

“That single instance is what made me staunchly pro-life,” he added, admitting that before he moved from Los Angeles to Nashville, he feared being honest about that. “In California, if I were to profess any form of acceptance toward the pro-life movement, I wouldn’t have just been shunned, I’d have been actively destroyed.”

Trahan said that he went with his then-girlfriend to the clinic, believing at the time that his job was to support her and keep his mouth shut. “That was what had been drilled into my head since adolescence due to my San Francisco, Calif., upbringing. “‘You’re the man, you have no say, you DID this to her,'” he explained.

But being in that clinic, feeling helpless to speak his mind, left Trahan forever changed.

“That single moment that I remember so vividly, and her blase attitude afterward changed me forever,” he said. “Not a single day goes by that I don’t think about that and feel a tremendous, stagnating guilt, and I just felt the need to share to both get it off my chest, and to maybe see if I wasn’t alone. It’s truly the most lonely feeling in the world, when you feel like you can’t tell anyone, because, again, I’m the male. Who cares what I think? It’s not ‘my body.'”

What happened after Trahan tweeted his story also took him by surprise.

“The visceral hatred and assumptions about me, my character, and my relationship in response to what was a personal story, and not even a declaration or condemnation of anything …” he told The Caller.

Good morning to you, too, tolerant, caring and empathetic left https://t.co/3pjYTQ4Yil

But Trahan noted that it wasn’t all bad — he said that the number of men who reached out to him with similar stories was “a heartwarming surprise.”

Big shout out to the dudes sharing similar experiences after I mentioned this the other day. It’s an unfathomably lonely feeling walking around with this thinking you can’t tell anyone because “STFU, you’re the guy, so shut up.” Oddly comforting to know that there are others ????????????

“It’s like all of us were walking around in silence with this pain and shame and just waiting for the floodgates to open and let it all out,” Trahan said. “I received probably over 100 of those. There are a lot of us, and it was a truly oddly comforting feeling being able to interact with them about it. I hope I was able to provide them even a fraction of the catharsis that they were able to give to me.”

Trahan concluded with a simple bit of advice for young men who might one day find themselves in similar situations.

“Communicate early and often. Be compassionate, empathize and listen,” he said. “You are BOTH in this together and there is another life at stake. Make sure that your voice is heard, but also make absolutely sure that hers is, too. You are a team, and due to the circumstances, will be always and forever. Once that’s established, I don’t see how any loving, committed partnership, no matter the circumstances, wouldn’t end up going on that familial journey together with hope.”