“Mueller’s report describes a consistent effort by the president to use his office to obstruct or otherwise corruptly impede the Russian election interference investigation because it put his interests at risk,” Amash said of the report in a tweet. Thursday’s tweet thread is Amash’s second on the subject of Trump’s alleged obstruction of justice.

He offered several reasons why he believes Trump attempted to impede the probe into the Russian probe. The special counsel’s report, released in April, identified four occasions in which officials or senior members of the executive branch successfully pushed back against Trump’s commands to fire Mueller. (RELATED: Trump Tried To Influence The Mueller Probe But Was Undone By Aides, Report Claims)

1. Trump asked the FBI director to stop investigating Michael Flynn, who had been his campaign adviser and national security adviser, and who had already committed a crime by lying to the FBI.

“1. Trump asked the FBI director to stop investigating Michael Flynn, who had been his campaign adviser and national security adviser, and who had already committed a crime by lying to the FBI,” Amash noted. He also criticized Trump’s decision to ask former Attorney General Jeff Sessions to reverse his recusal so the former Alabama senator could retain control of the investigation. 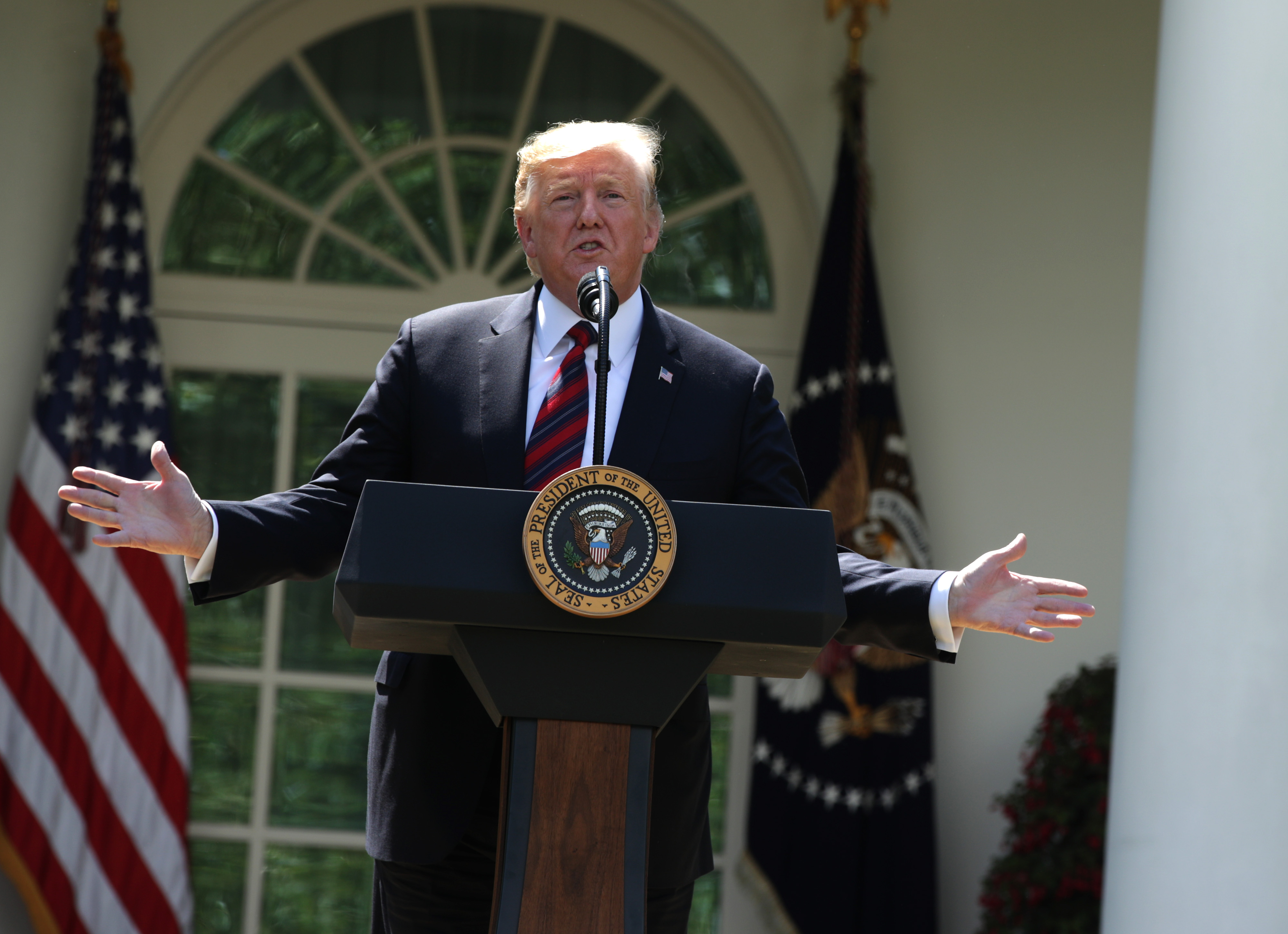 WASHINGTON — U.S. President Donald Trump speaks about immigration reform in the Rose Garden of the White House on May 16, 2019 (Photo by Alex Wong/Getty Images)

The president also “used his pardon power to influence his associates, including Paul Manafort and Michael Cohen, not to fully cooperate with the investigation,” Amash said, adding in a later tweet: “Some of the president’s actions were inherently corrupt. Other actions were corrupt—and therefore impeachable—because the president took them to serve his own interests.”

6. Trump used his pardon power to influence his associates, including Paul Manafort and Michael Cohen, not to fully cooperate with the investigation.

Republicans railed against Amash shortly after suggesting in a May 18 tweet that Trump engaged in impeachable offenses. House Minority Leader Kevin McCarthy said on Fox News that Amash “just wanted attention” and attacked the Michigan Republican’s voting record. Other lawmakers piled on.

The Daily Caller News Foundation asked Amash’s office on May 18 if the lawmaker is drawing up articles of impeachment in light of his analysis of the report. His office has not responded to TheDCNF’s questions, nor has he discussed publicly whether he intends on moving forward with impeachment.

Trump’s reelection campaign, meanwhile, cast the report as a victory. “President Trump has been fully and completely exonerated yet again,” campaign manager Brad Parscale told reporters. “Now the tables have turned, and it’s time to investigate the liars who instigated this sham investigation into President Trump, motivated by political retribution and based on no evidence whatsoever.”