A slew of liberal reports on the dispute over transgender athletes competing in women’s sports have one thing in common — they don’t include the voices of the female athletes they want to compete with.

Story after story celebrates the record-smashing successes of transgender athletes in a range of women’s sporting events, including wrestling, track and field and powerlifting. Sometimes the reports include criticism from parents or high-profile athletes who have weighed in on the dispute, but they don’t include anything from the female athletes these biological men are dominating, or even indicate the reporters have made an effort to talk to them.

An ABC News report on two biological boys who destroyed the female competition in a Connecticut track and field championship is perhaps the best example of this trend. The network sent a reporter in person to talk to the students, Terry Miller and Andraya Yearwood, after they finished first and second in the competition, and put together a five minute video sympathetic to their views. A brief interview with one parent who thought it was unfair for them to compete with girls is also included in the video, but the girls themselves appear only in footage of them losing to Yearwood and Miller. 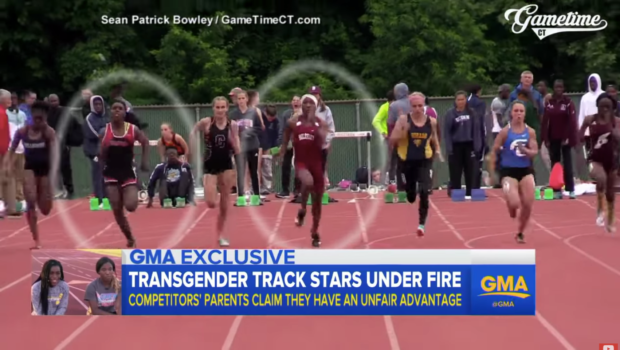 Instead, the segment ends with the reporter inviting Yearwood and Miller to consider the situation from the perspective of a hypothetical version of girls they are competing against: “Just imagine that you were both born girls, and then all of a sudden you had two boys who identify as being girls, and they said ‘Hey, we’re going to be on your team.’ And maybe now you’re not performing as well, because they are better.” (RELATED: Trans Woman Identified As Male On Medical Chart, Delivers Stillborn Child)

Yearwood and Miller said it wouldn’t bother them, and said the girls should be happy for them and more motivated.

“It would just push me to run faster,” Miller responded.

“I’d be happy for them,” Yearwood said. “Because they get to do what they want. They’re happy, so then that should in turn make me happy.”

“And they’re brave,” Miller added. “They’re just different from everybody.”

The actual girls who are impacted exist here only as hypothetical versions of Yearwood and Miller. ABC gives no indication they tried to talk to any of them, although one of them later spoke up on her own. Selina Soule told her point of view in a video she posted to YouTube that resulted in national press coverage — but only from conservative outlets.

The same kind of reporting occurs in coverage of powerlifters JayCee Cooper and Mary Gregory. Both were stripped of competition wins after officials learned they are biologically male. A Washington Post report on Gregory’s experience includes some criticism from professional athletes, but does not include anything from the women Gregory beat in competition.

Similarly, a 7-minute Vice video on Cooper’s dispute with the USA Powerlifting federation gives no indication the reporter attempted to talk to the women Cooper beat, who might think it’s unfair. The one female athlete they did talk to is identified as the director of an LGBT advocacy group called Pull for Pride. They don’t mention that Cooper is a co-director with her. 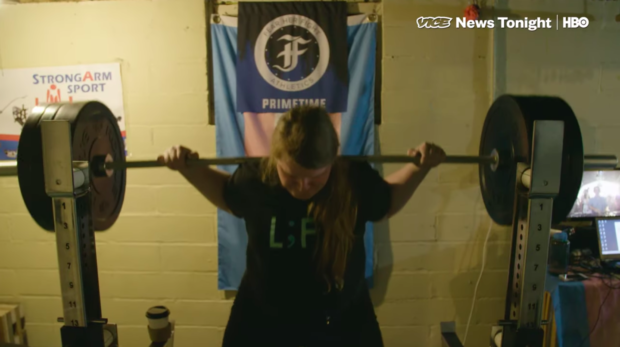 Reports on transgender wrestler Mack Beggs, in both local and national media, are also notably free of the voices of the women Beggs is dominating in competition. Competing with boys is not an option, because Beggs is a biological female, but Beggs is allowed to use testosterone, an otherwise banned substance, because it’s technically from a doctor for the purposes of transition. Beggs’ mother told The Denver Post it’s not giving him a competitive advantage — the story doesn’t say what the women Beggs is competing against think about that.

For Soule, at least, the prospect of competing with biological boys is demoralizing. “It’s very frustrating and heartbreaking when us girls are at the start of the race and we already know that these athletes are going to come out and win no matter how hard you try,” she told The Daily Signal. “They took away the spots of deserving girls, athletes … me being included.”