While Trump stonewalls the public from learning the truth about his obstruction of justice,

Trump and Barr conspire to weaponize law enforcement and classified information against their political enemies.

The coverup has entered a new and dangerous phase.

President Donald Trump directed the heads of several government agencies to cooperate with Attorney General William Barr’s investigation of the origins of the probe Thursday.

Trump also released a memo authorizing the attorney general to “declassify, downgrade, or direct the declassification or downgrading of information or intelligence” in regard to actions taken leading up to and during the Russia probe. (RELATED: Trump Says He Will Declassify Russia Probe Documents, ‘And Much More’)

“Adam Schiff … says this is un-American. We don’t know that yet. … They have every right and every reason to look at the origins of an investigation that involved a presidential campaign, every right and reason,” King stated. “The question is: Are they going to be transparent about it and fair about it and lay it all out or are they going to cherry pick documents, like they did text messages, to try and say it was a coup as the president says?”

CNN political correspondent Sara Murray added, ” … It’s an extraordinary thing to decide to open an investigation into a presidential campaign, to decide to involve U.S. intelligence into looking into the activities of people surrounding a presidential campaign. So if everyone did things the way they were supposed to do it, if everyone did things by the book, then, you know, there will be an investigation … ” 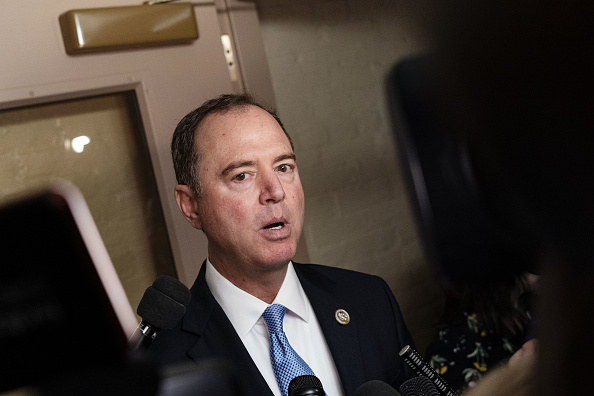 Representative Adam Schiff, a Democrat from California and chairman of the House Intelligence Committee … Photographer: Alex Edelman/Bloomberg via Getty Images

Schiff wrote on Twitter Thursday night, “While Trump stonewalls the public from learning the truth about his obstruction of justice, Trump and Barr conspire to weaponize law enforcement and classified information against their political enemies. The coverup has entered a new and dangerous phase. This is un-American.”

For a month, Trump has considered and been encouraged by Republican lawmakers, releasing portions of a classified surveillance warrant application granted in June 2017 against former Trump campaign adviser Carter Page. Trump previously ordered declassification back in Sept. only to rescind it days later.