The Washington Post contorted itself Thursday to reconcile a study that found a decline in racial prejudice with the narrative that Trump has spurred a national increase in racism.

University of Pennsylvania researchers expected the results of their study to back up that narrative, but found the opposite — since Trump took office, there has been a marked decline in racist attitudes among white Americans.

Rather than reexamine the premise that Trump rose to power by stoking racial resentment, The Washington Post doubled down and adopted the study’s conclusion that racist rhetoric from Trump is the reason for the drop in racism. (RELATED: Trump’s Presidency Linked To Decline In Racism)

The reporter introduces the study by reciting a list of reasons they believe Trump is racist, then provides a series of quotes from Democratic presidential candidates who say their aim in 2020 is to reverse the hatred Trump has spread, then poses the question as to whether Trump has “succeeded” in making the country more prejudiced. 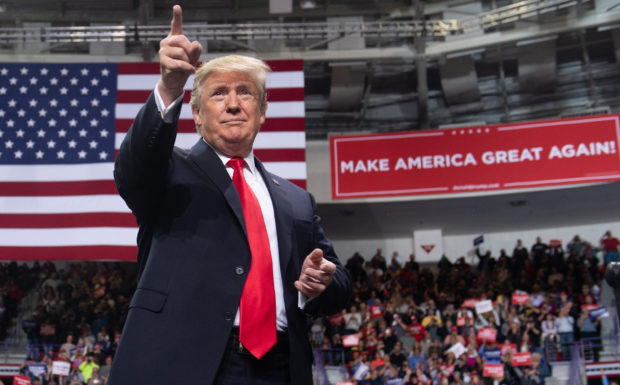 “Has he succeeded?” According to the researchers of the study noted in the post, he has not. (RELATED: Maxine Waters Calls Trump’s Immigration Plan ‘Very Racist’)

The study didn’t show an increased willingness among Americans to express racist views, or to support racist policies, as expected.

“Our findings contradict both hypotheses, as we primarily find declining prejudice and racial resentment, and certainly no increases,” the researchers wrote in the study.

Still, WaPo casts the results in a negative light, noting reports of a rise in hate crimes since Trump took office, proposing other possible explanations for the drop in racist attitudes, and emphasizing the study’s conclusion that naked racism from Trump prompted many Americans to recoil from their own prejudice.

“Hopkins believes the study provides evidence that the racially incendiary rhetoric and policies issuing from Trump’s White House have pushed the majority of Americans in the opposite direction,” WaPo reports.

Other members of the liberal media seized on this explanation. CNN’s Jake Tapper retweeted that line from the report, and MSNBC’s Joe Scarborough talked about it with Al Sharpton on “Morning Joe” Friday, asserting the “deficiencies” of Trump are responsible for the decline.

“People may have some natural leanings toward bias, but when you see raw bias, you tend to say, ‘Wait a minute I’m not like that, I don’t want to be like that,'” Sharpton said. “And it gives people like an alert button goes off and they go the other way. So I think that study may very well be well founded.”