Construction began over Memorial Day weekend on a privately-funded border wall between the U.S. and Mexico, the first project of its kind.

We Build The Wall, a viral online campaign calling on everyday Americans to fund a U.S.-Mexico wall, broke ground over the weekend, the organizers revealed on Monday. About a mile of 18-foot steel bollard wall was built along the southern border between El, Paso Texas and Sunland Park, New Mexico.

The wall is similar to the design used by U.S. Border Patrol, but the organizers claim their wall can be built faster and cheaper. The project was led by construction mogul Tommy Fisher, CEO of Fisher Industries.

“This is the first time any private organization has built a portion of the wall on private land. It’s happening right here in the El Paso area, and it’s not just any piece of land,” Kris Kobach, an informal immigration adviser to the White House and general counsel to We Build The Wall, said Monday on Fox News.

The newly built wall connects two 21-mile sections of fencing, closing the gap between an El Paso wall and another wall in Sunland Park. The gap, according to locals, has been a hotbed for human and drug trafficking. The land where the wall is being built is privately owned, with the owner welcoming construction with open arms. 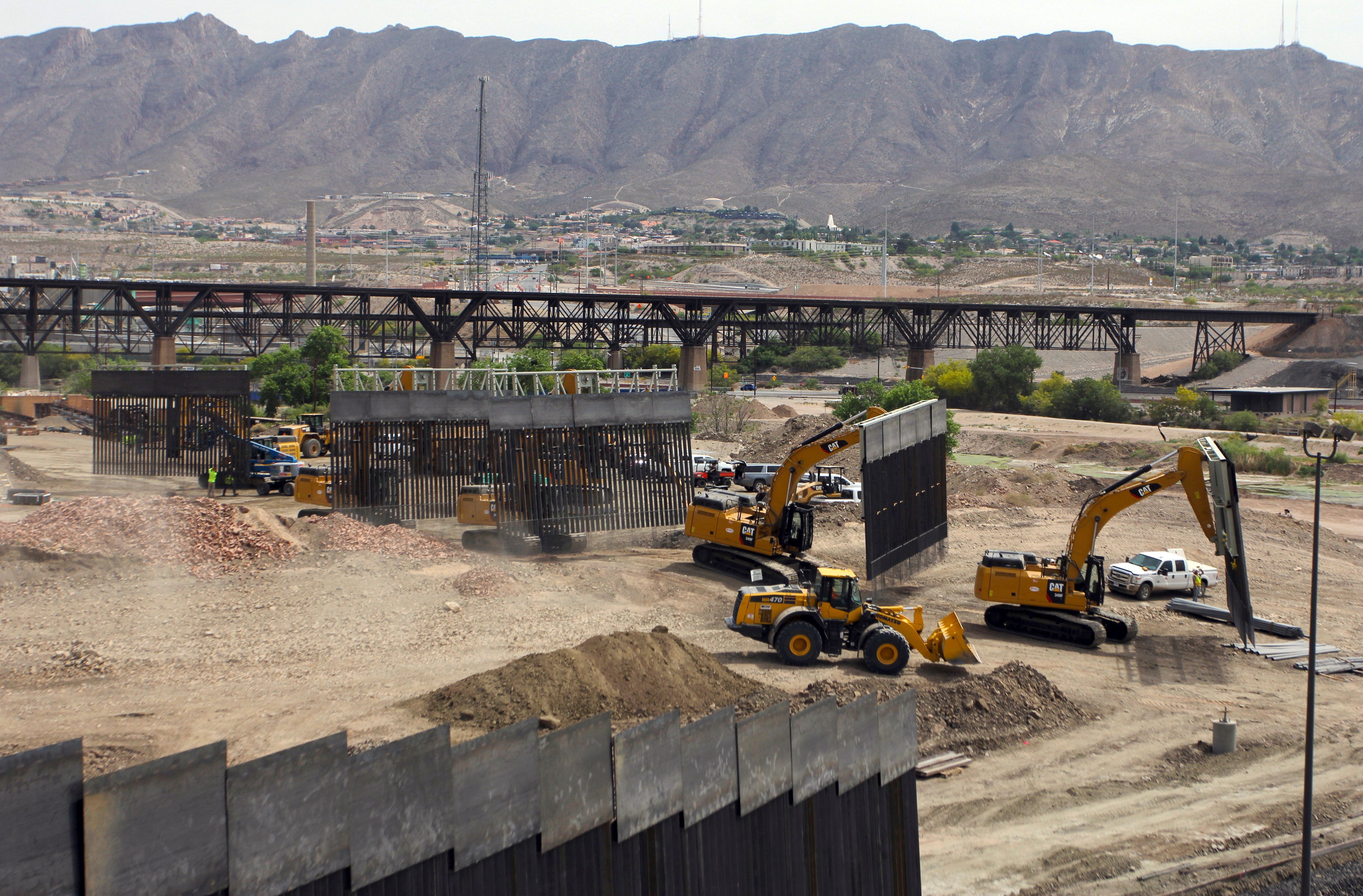 Workers build a border fence in a private property located in the limits of the US States of Texas and New Mexico taken from Ciudad Juarez, Chihuahua state, Mexico on May 26, 2019. (Photo by HERIKA MARTÍNEZ / AFP) (Photo credit should read HERIKA MARTINEZ/AFP/Getty Images)

“They are doing an incredible job,” Jeff Allen, the property owner, said to CNN. “I have fought illegals on this property for six years. I love my country and this is a step in protecting my country.”

The entire project will cost between $6 million and $8 million. However, organizers say once everything is complete, they will sell the wall to the federal government for a total of $1.

“We’re going to sell this wall back to them for $1 and release the title to them,” We Build The Wall founder Brian Kolfage said to the Daily Mail. “We can’t give the government the money because that’s not the way it works. But we wanted to show the American people how to get this job done.” (RELATED: Obama-Appointed Judge Partially Blocks Trump Border Wall Plan)

The groundbreaking marks a major milestone for Kolfage, a triple amputee veteran who first began the We Build The Wall GoFundMe campaign in December. The campaign — launched during the heat of the congressional fight over border wall funding — has since raised over $22 million from online donations, many of them small-dollar contributions.

News of the first project also gives Kolfage and other leaders of the group relief from reports earlier in May that questioned why construction had not yet begun. Kolfage had long maintained organizers had to keep details of the project quiet to protect the safety of the landowners involved.

The founder of the group pushed back against the “haters” in a Monday Twitter post: “All the haters said it was impossible!! Bahaha where ya at now?”