China has halted purchases of American soybeans as Washington and Beijing’s trade tensions continue to grow, according to a Bloomberg report Thursday morning.

While China doesn’t have any plans to cancel previous purchases of American soybeans, there haven’t been orders for state-grain to continue, people close to the situation told Bloomberg. The sources, who asked to remain anonymous, said this isn’t expected to change.

In December, the U.S. and China agreed to a trade truce. Government data shows that China bought about 13 million tons of American soybeans following this truce, Bloomberg reported.

China agreed to purchase another 10 million tons of U.S. soybeans, but about 7 million soybeans haven’t yet been delivered, the report said according to USDA data. China is the world’s largest soybean buyer.

The U.S. raised tariffs earlier in May to 25% on goods from China, up from 10%. This equates to tariffs equaling about $200 billion on Chinese goods. Three days later, Beijing increased tariffs on $60 billion worth of U.S. goods. (RELATED: ‘Come On, Man’: Biden Dismisses China Threat To US) 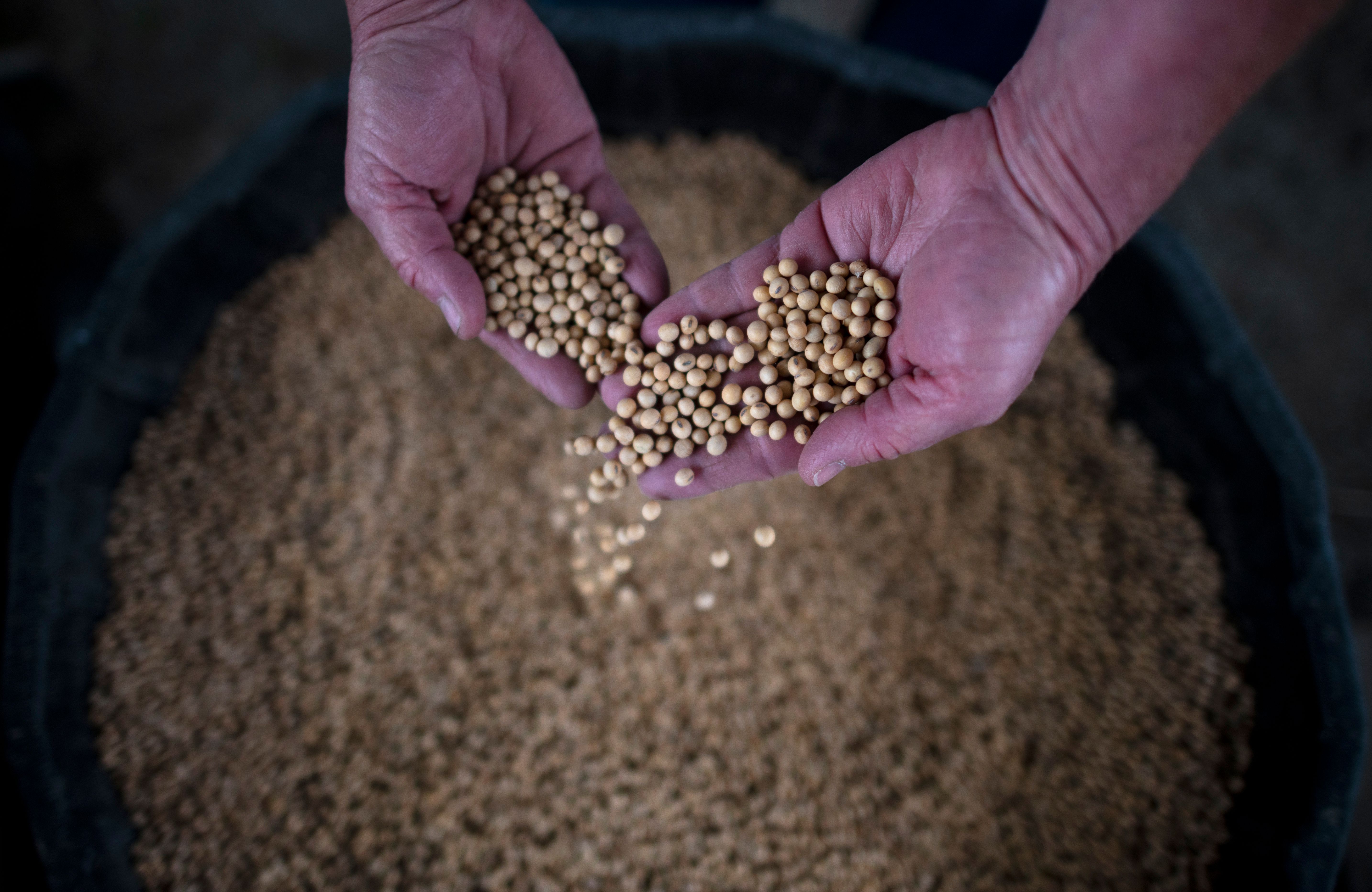 A farmer holds soybean from the 2018 harvest, on May 5, 2019, at her farm in Scribber, Nebraska. Among the top 15 U.S. states exporting to China, many have been hit hard by China’s retaliatory tariffs on soy, pork or in the aviation sector. (JOHANNES EISELE/AFP/Getty Images)

Among other things, China has targeted goods that can be purchased from other countries, such as soybeans. There have been indications that China is beginning to use Brazilian supplies of soybeans because the purchase price at the Paranagua port has more than doubled in the past month and exports have increased, Bloomberg reported.

“Brazil will supply China almost exclusively from now on,” said Pedro Dejneka, a partner at Chicago-based MD Commodities, according to Bloomberg.

Chinese officials said Thursday that the Trump administration was committing “economic terrorism.” Ministry of Foreign Affairs spokesperson Lu Kang told reporters that the White House had “brought huge damage to the economy of other countries and the U.S. itself.”

This followed a statement from Chinese state media to Washington on Wednesday: “Don’t say we didn’t warn you,” the statement said according to CNN.

“At present, the United States completely overestimates its ability to control the global supply chain and is due to slap itself in the face when it sobers up from its happy, ignorant self-indulgence,” the state media post stated, according to CNN.

Trump announced a $16 billion aid package on May 23 for farmers who are suffering as a result of the tariffs, but some are worried that China will never return to purchasing soybeans from the U.S., Mississippi Today reported.